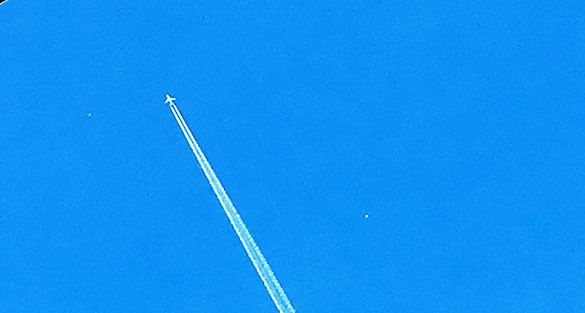 A British witness at London reported watching and photographing multiple objects that appeared to be following an aircraft, according to testimony in Case 82822 from the Mutual UFO Network (MUFON) witness reporting database. 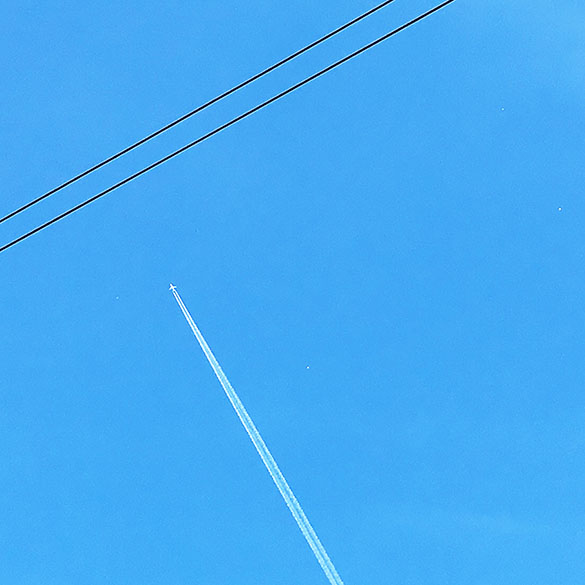 The witness was in the Fulham section of London walking to a café when the incident occurred.

“I looked up and saw a star-like object about seven aircraft widths to the left of the passenger aircraft,” the witness stated.“Then noticed several lights to the right of the aircraft. As I looked up: about 7, 12 and 15 aircraft widths to the right. They followed the aircraft and continued to follow it, keeping the same relative distance, as it banked gently toward a more northerly path.” 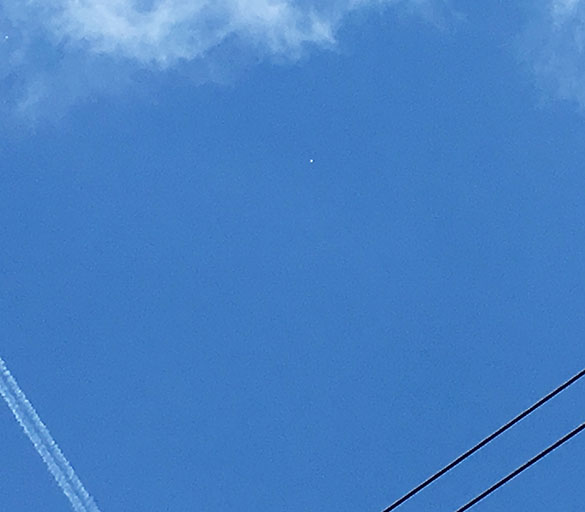 The witness first thought the objects were balloons.

“At first I thought they were balloons reflecting bright sunlight. I’ve seen some rarely. But these lights remained at a constant speed, had a smooth direction and all turned relative to each other, and at same distance from each other. Also, they seemed to emit a constant light and not reflect it, whereas balloons change intensity as they tilt relative to me/observer and the sun. The aircraft wasn’t landing at a London airport, those are only a few thousand feet above observer-point and the aircraft had a vapor trail and I should imagine it was over 15-20,000 feet above me. Aircraft and light were obscured by city housing then.” 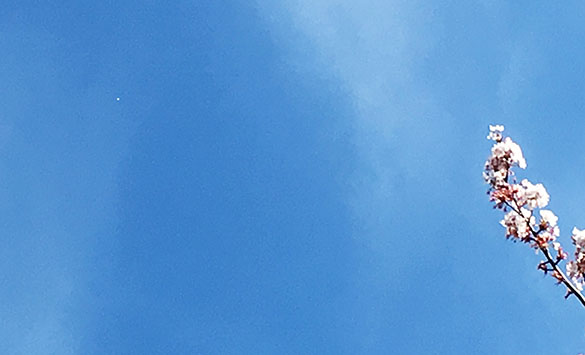 MUFON Great Britain is investigating. Please remember that most UFO sightings can be explained as something natural or man-made. The above quotes were edited for clarity. Please report UFO activity to MUFON.com.