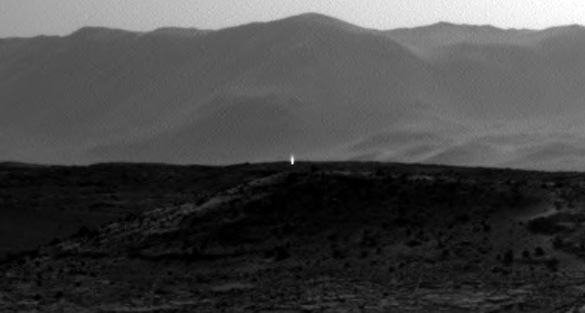 Bright light in Mars photo might not be underground ET base

Did NASA photograph light pouring through an opening to a Martian underground base? Although some websites are convinced this is the case, scientists believe there is a much more prosaic answer. 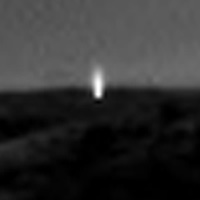 A photo posted by a UFO website of what appears to be a beam of light caught in a photograph taken by the Mars Curiosity rover has been picked up by many major news outlets. However, most scientist say the evidence actually points to the “lights” being due to an image artifact caused by cosmic rays, and the rover team thinks it could be a camera housing defect or a “glinty” rock.

The picture of the possible light on Mars started getting some attention when it was posted on the Houston Chronicle. They claimed the lights appeared to be artificial, and quoted from the website UFO Sightings Daily. The website is run by Scott C. Waring who wrote:

An artificial light source was seen this week in this NASA photo which shows light shining upward from…the ground. This could indicate there there (sic) is intelligent life below the ground and uses light as we do. This is not a glare from the sun, nor is it an artifact of the photo process. Look closely at the bottom of the light. It has a very flat surface giving us 100% indiction (sic) it is from the surface. Sure NASA could go and investigate it, but hey, they are not on Mars to discovery life, but there to stall its discovery.

The story has since been picked up by many major news outlets, and most experts agree that the “light” is actually most likely caused by a cosmic ray hitting the imaging sensor of the rover’s camera. One major clue that this is not a light on the surface of Mars is that the camera the image was taken with is a stereo system. There are actually two cameras that take pictures at the same time from slightly different positions in order to deduce distances. 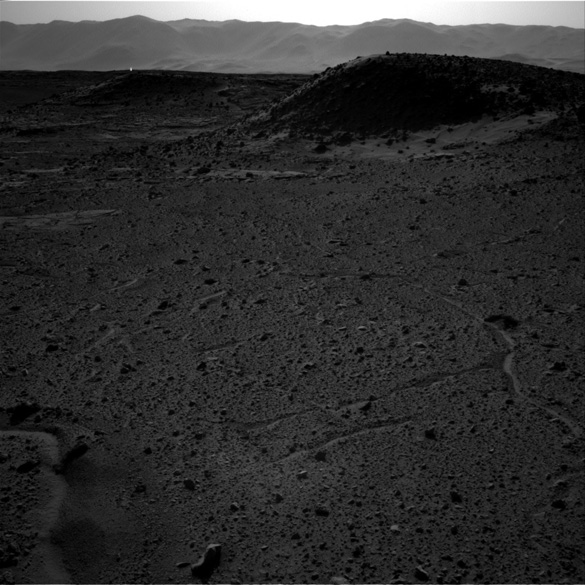 Full image taken by the Curiosity rover with the light anomaly. This image was taken with the right camera. (Credit: JPL/NASA) 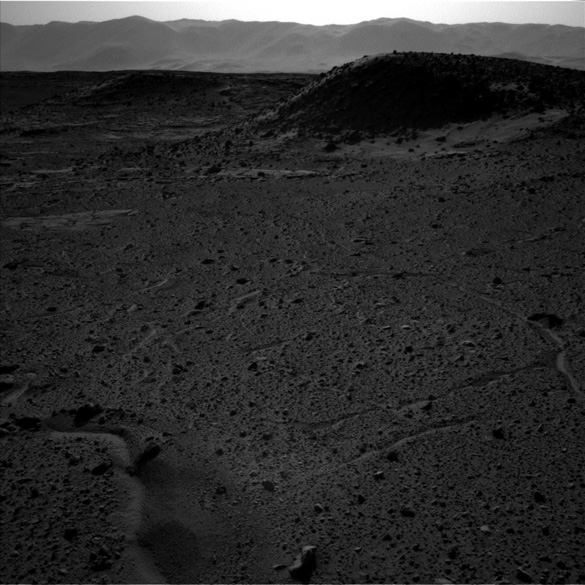 Full image taken by the Curiosity rover does not include the light anomaly. This image was taken at the same time as the above image with the left camera. (Credit: JPL/NASA)

The “light” in this case only shows up in the right camera, and not the left. This is actually a fairly common occurrence and examples of other artifacts caused by cosmic rays have been posted to demonstrate this. 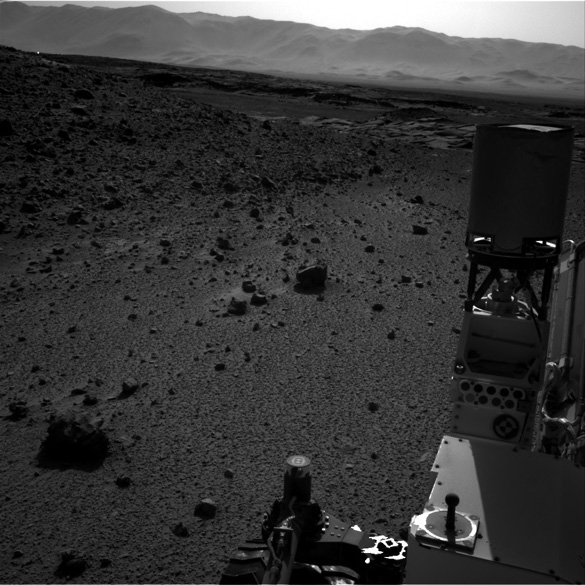 Another example of an artifact possibly caused by a cosmic ray. This is a full image taken by the Curiosity rover with a light anomaly. This image was taken with the right side camera. (Credit: JPL/NASA) 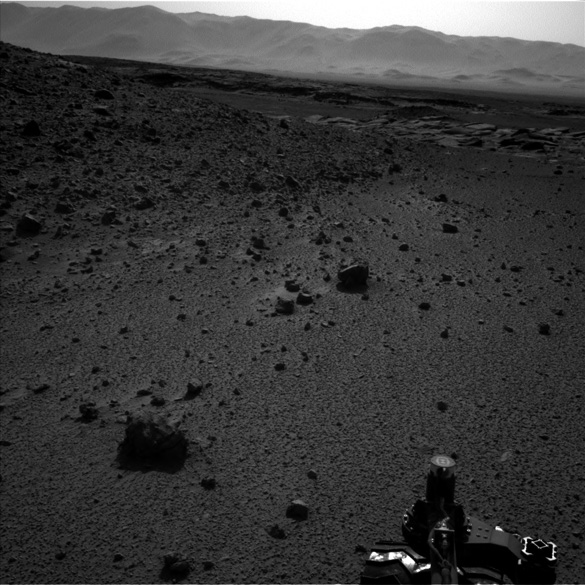 Full image taken by the Curiosity rover without a light anomaly. This image was taken with the left side camera at the same time as the above image. (Credit: JPL/NASA)

Although space science consultants overwhelmingly have agreed on the cosmic ray explanation, they have even tweeted about it, NASA’s Jet Propulsion Laboratory (JPL) lead for the engineering cameras on Curiosity Justin Maki told FoxNews.com, “One possibility is that the light is the glint from a rock surface reflecting the sun.” 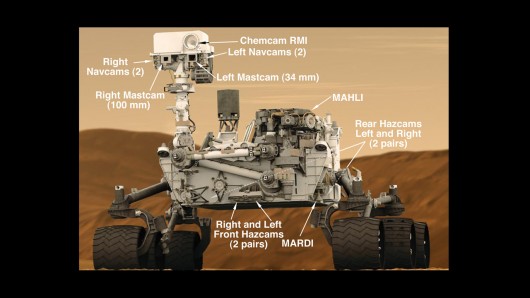 Maki continued, “The rover science team is also looking at the possibility that the bright spots could be sunlight reaching the camera’s CCD directly through a vent hole in the camera housing, which has happened previously on other cameras on Curiosity and other Mars rovers when the geometry of the incoming sunlight relative to the camera is precisely aligned.”

Maki concluded, “We think it’s either a vent-hole light leak or a glinty rock.”

So while there is not a consensus among scientist, there are other possible explanations than an underground Martian civilization.