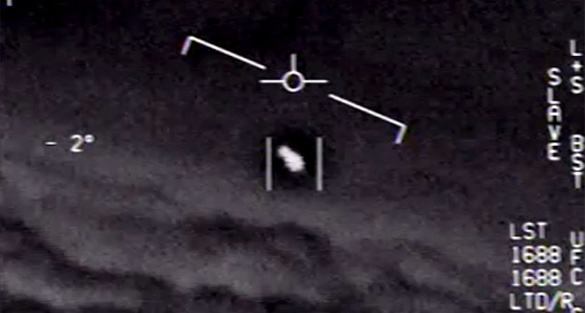 Listen to George Knapp and Alejandro Rojas discuss this news on Coast to Coast AM Sunday night, December 17, 2017!

In some of the most important UFO news to be released in years, the New York Times and Politico have posted stories on a secret UFO program ran by the Department of Defense, who worked with Bigelow Aerospace. The program was initiated by Harry Reid who was convinced to undergo the project by Robert Bigelow, and partially influenced by a pro-UFO comment made to him by astronaut John Glenn. Reid told the New York Times he is in no way embarassed by funding this important project. The public first heard of the project during the press conference announcing the To The Stars Academy (TTSA), created by Tom DeLonge. Luis Elizondo, who ran the UFO department, retired in October to join TTSA and revealed the existence of the Advanced Aerospace Threat Identification Program, the progam to look into UFO reports.

See and read more about the video at the To The Stars Academy website here: THE FIRST OFFICIAL UAP FOOTAGE EVER RELEASED BY THE USG

See the To The Stars Press Confernce and read a transcript at OpenMinds.tv here: Watch Tom DeLonge’s To the Stars Academy UFO Press Conference Here