In recent times the Brazilian Air Force has released a large number of UFO documents from various official investigations that include:

The first UFO case investigated by the Brazilian Air Force in modern times was a famous photographic case in Barra da Tijuca, then a suburb of Rio de Janeiro, in 1952. The files can be downloaded from the website Fenomenum here: Brazilian Air Force files (removed by source), but keep in mind that all the contents are in Portuguese, although there are some photos and illustrations. While researching the official files in various Brazilian websites, however, I found a fascinating case from 1846 that has to be considered as the very first official UFO report in Brazilian history since it was written by an important Navy officer and published in the Official Gazette of the Empire of Brazil on November 26, 1846. The case was discovered by Edison Boaventura Júnior, President of the Grupo Ufológico de Guarujá (GUG) and published in his website in an article titled, “UFOs Sighted by Brazilian Military Prior to 1947.” The article also included some World War Two foo fighter cases reported by Brazilian pilots in the Italian theater. Boaventura’s original article in Portuguese can be seen here (removed by source). 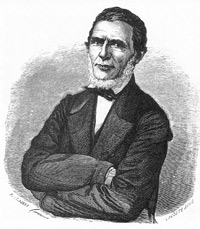 The Navy officer who published the 1846 UFO report in the Imperial Gazette had impeccable credentials. Augusto João Manuel Leverger, baron of Melgaço, was born in 1802 in the French port city of Saint-Malo in Brittany. He sailed with his father to South America in 1819 and went to Brazil after his father’s death in Buenos Aires in 1822, joining the Imperial Navy in 1824 with the rank 2nd Lieutenant. A little historical clarification is perhaps needed here for our American readers: unlike the U.S. or the Spanish colonies in Latin America, Brazil gained its independence without fighting a war, when the son of the Portuguese king declared himself Emperor of Brazil in 1822 as Pedro I; the Empire lasted until 1889, when a federal republic was instituted.

Back to Leverger, he had an outstanding career in the Imperial Navy, where he was promoted to Frigate Captain (equivalent to Lt. Commander in the U.S. Navy) in 1842 and eventually to Rear admiral in 1854 and two years later to Vice-admiral. He distinguished himself particularly by his hydrographical studies and exploration of the Paraguay River and the then still largely uncharted border areas between Brazil’s Matto Grosso and Paraguay, publishing several scientific papers and charts. Leverger participated in several military campaigns; the most famous was his defense of Matto Grosso in 1865 against a Paraguayan invasion during the War of the Triple Alliance, in which Brazil, Argentina and Uruguay fought against Paraguay, for which he was rewarded with the title of baron of Melgaço by Emperor Pedro II. Leverger was also active in civilian posts, serving five times as president of the province (now state) of Matto Grosso. He retired from public life in 1870 and died in 1880 in his beloved city of Cuiabá, which he had defended so effectively during the Triple Alliance War. 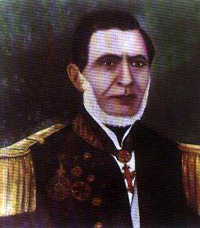 That is the brief biographical sketch of our witness. In 1846 Brazil was flexing its muscles against Paraguay and so Frigate Captain Leverger was sent in charge of two gunboats, the Dezoito de Julho (July 18th) and the Vinte e Trés de Fevereiro (February 23rd) on the Paraguay River all the way to Asunción, Paraguay’s capital. The sighting itself took place about 19 miles away from Asunción, where the phenomenon was also seen by the Brazilian Minister (Ambassador), Dr. José Antonio Pimenta Bueno, marquis of São Vicente, and many other witnesses. We don’t know the exact date of the event, but from the biographical details of Leverger’s travels, we know that he was in Asunción in June of 1846. Capt. Leverger wrote a detailed report of the sighting, which was published in the Official Gazette of the Empire of Brazil on November 26, 1846 (Vol. I, nº 74, page 295). The terms UFO, UAO (Unidentified Aerial Object, a term later used by the Brazilian Air Force) or flying saucer are naturally not used by Leverger, since none of them existed in his time, but the Gazette referred to it as an “extraordinary meteorological phenomenon.” Here then is the English translation of Capt. Leverger’s 1846 UFO sighting:

“A LUMINOUS GLOBE WITH INSTANT SPEED” 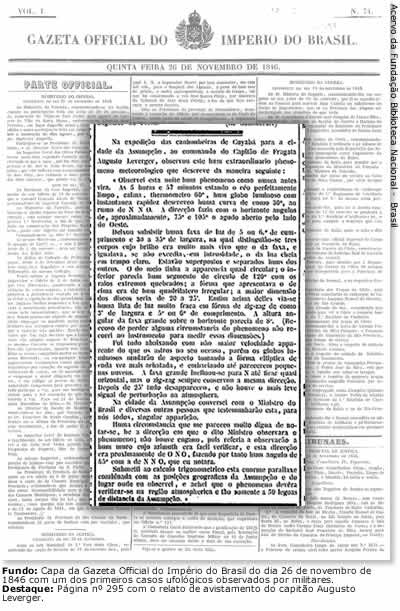 Leverger’s report in the Official Gazette of the Empire of Brazil (image credit: Edison Boaventura/GUG)

During the gunboats’ expedition from Cuiabá to the city of Asunción under the command of Frigate Captain Augusto Leverger, he observed this extraordinary meteorological phenomenon which he describes in the following manner:

“I observed tonight a phenomenon never seen before. At 5 hours 57 minutes, while the sky was perfectly clear and calm, thermometer [temperature] 60° [F], a luminous globe performed with instant speed a 30 degree curve in a NNW direction. The direction made on the horizon angles of approximately 75 and 105 degrees opened by a steep west side.

A light band 5º or 6º long and 30º to 35 ° wide remained, in which one could see three bodies whose brightness was much more lively than the band, and equaled if not exceeded in intensity the full moon in clear weather. They were superimposed and separated from each other. The middle one had an almost circular appearance; the bottom one seemed like an arc of a circle of 120 degrees with broken rays at the end; the form at the top was an irregular quadrangle; the larger dimension of the disks would be from 20 to 25°. Finally you could see above them a ribbon of very faint light in the form of zigzag about 3° wide and 5 or 6º long. The angular height of the big band on the horizon appeared to be of 8º (afraid of losing some circumstances of the phenomenon I did not go to get the instrument to measure these dimensions).

Everything was lowering with no apparent velocity greater than the stars in their twilight, but the globes of light changed aspect, taking an increasingly flat elliptical shape, and in a mist began to look like small clouds. The big band leaned N [north] until becoming almost horizontal, but the zigzag always retained the same direction. After 25 min. it was all gone, and there was not the slightest sign of disturbance in the atmosphere.

In the city of Asunción, I talked to the Minister [Ambassador] of Brazil [the marquis of São Vicente] and several other people who witnessed this, for us all, singular appearance.

A circumstance which struck me as very worthy of note was the direction the phenomenon observed by the Minister; there was no mistake because his remark referred to a wall whose azimuth was easy to verify, and this direction was close to WNW, doing so by an angle of 45° to the NNW that I noticed.

Doing a trigonometric calculation of this huge parallax combined with the geographic position of Asunción and the place where I observed it, I estimated that the phenomenon was registered on the atmospheric region only 59 leagues [19.47 miles] away from Asunción.” 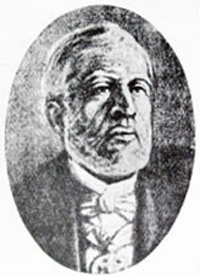 The marquis of Saõ Vicente, ambassador of Brazil in Paraguay who also witnessed the phenomenon (image credit: Edison Boaventura/GUG)

Up to here Capt. Leverger’s report published in the Imperial Gazette and seen by the marquis of São Vicente and many other witnesses. What exactly did they see? We don’t know for sure but whatever it was, it was certainly highly unusual. Edison Boaventura, who discovered the case, concluded his article with the following paragraph: “Today, we know that this case which took place during the time of the Brazilian Empire cannot be explained as a meteorite or a natural atmospheric phenomenon, mainly because of the sighting’s duration time of 25 minutes… Therefore, I understand that this case has incalculable ufological importance by the characteristics that were described and by being the very first [UFO] event published in a national newspaper and, moreover, witnessed by experienced and respectable men.”