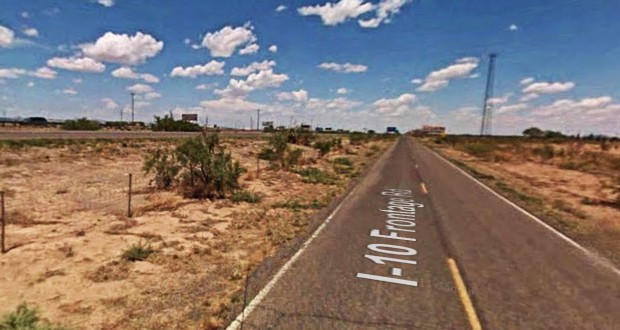 The witness first saw an object near Deming, NM, that looked like a blimp but had no wings or propellers. Pictured: Deming, NM. (Credit: Google)

A New Mexico witness traveling westbound along I-10 near Deming reported a blimp-like UFO with “no wings or propellers,” according to testimony in Case 63124 from the Mutual UFO Network (MUFON) witness reporting database.

“In the sky about half of a mile south of the freeway I saw the side view of a blimp-like object in the air, in front and just a bit below the top of the first hill on the Deming side,” the witness stated. “The object then moved above the hill and to the other side, and almost seemed to track with us for about 29 minutes.”

The witness also reported that there was also a car vs. truck accident on the highway heading west that morning.

“When I first saw the object I thought it was as UFO, because I could see it close enough that it had no wings, or propellers, and it was not a blimp, because they have a rectangular shape coming out of the bottom center, and it hovered for a while before it moved.” 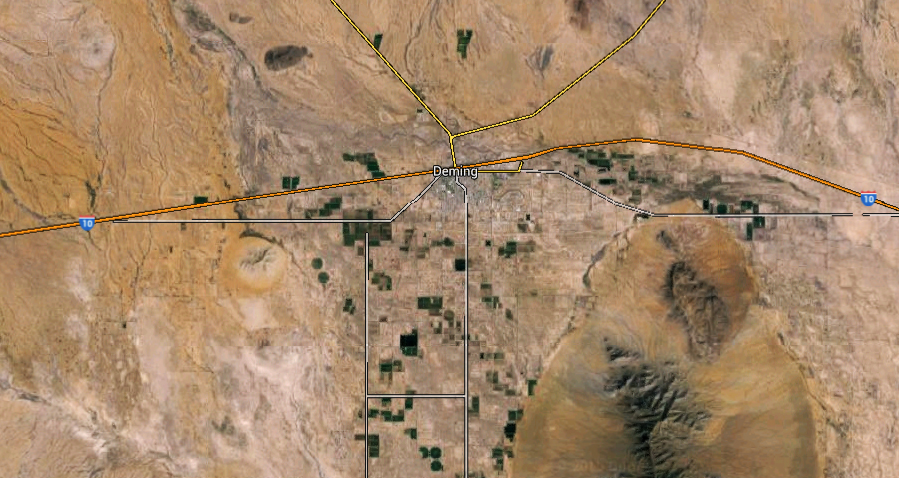 The witness was westbound along I-10 near Deming, NM. (Credit: Google)

The passenger in the witness vehicle tried to explain the object – but eventually agreed that it was a UFO.

“She then looked up ‘Deming UFO’ on the Internet and found a story that described to the letter what was happening to us. I was excited to see it and I did all I could to send it love from my heart. I did as much as I could to communicate with it mentally.”

But the witness had to keep moving.

“I had a time frame to arrive in Tucson, so we kept driving, and lost sight of the object. My passenger tried to take pictures with her cell phone, but it did not come out.” 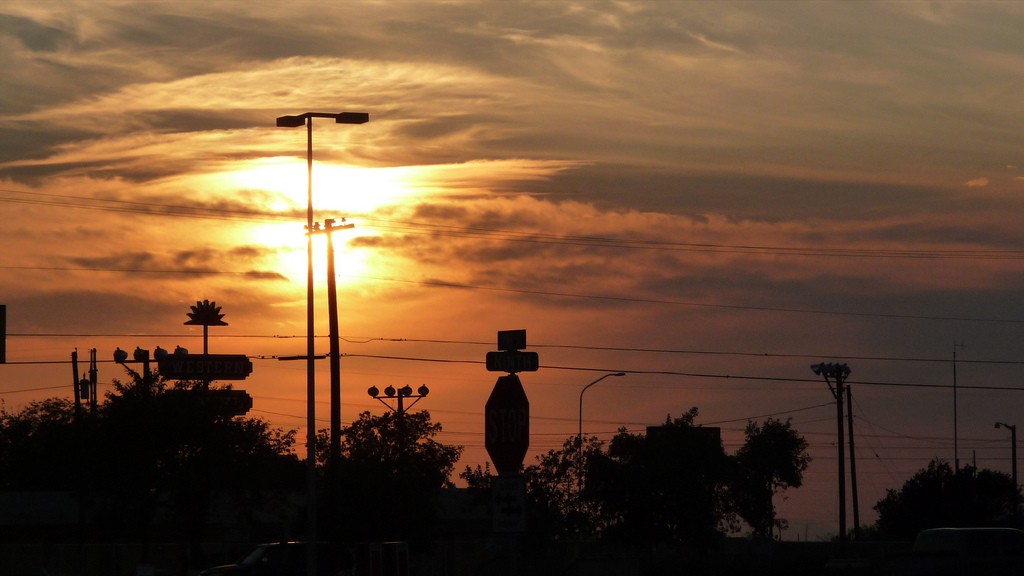 The witness and a passenger ruled out known objects and believe they saw a UFO. Pictured: Sunset at the Sonic Drive-In, Deming. (Credit: Wikimedia Commons)

New Mexico is currently a UFO Alert Level 2 – with 3.36 sightings per million population based on MUFON January 2015 statistics. New Mexico received a total of 14 UFO reports in January.