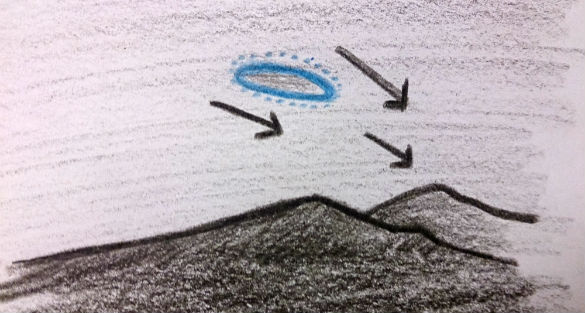 A witness in Ruidoso, New Mexico claims to have spotted a black disc-shaped UFO rimmed with blue lights near Ruidoso, New Mexico, according to a report submitted to the Mutual UFO Network (MUFON). The witness provided a couple of drawings illustrating what was seen.

The report was submitted on Thanksgiving Day, but was listed as being spotted on August 8, 2013. In the short description, the witness wrote: “Looked up to the sky, saw a black disc with dim blue lights on the edges, moved extremely fast.” 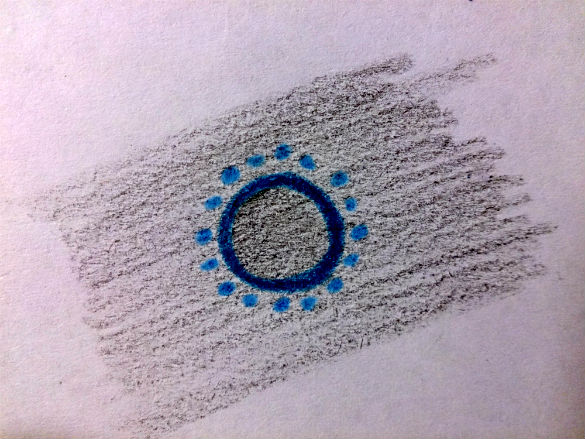 The witness elaborated in the long description reproduced here verbatim:

I was looking at the night sky, when suddenly a black disc with dim blue lights on the edges came across the night sky incredibly fast. It made no sound, and it dissapeared [sic] behind the horizon. This UFO was moving extremely fast, as it only took 2 seconds to cross the entire sky. 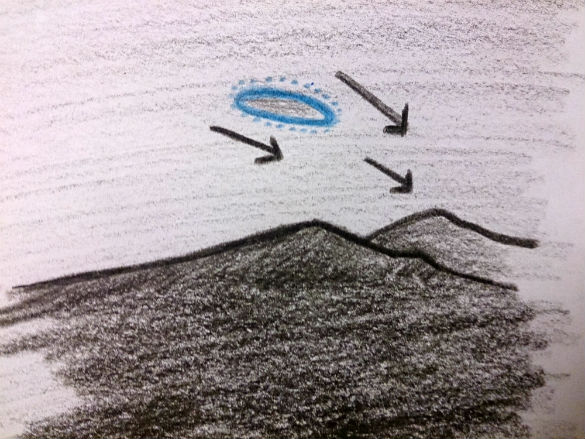 Satellites and other objects, such as the International Space Station can be very bright and move at a quick steady pace across the sky, but these objects do not appear to be disc-shaped, nor do they have a ring of blue lights around them. If the object did appear the way this witness has described and drawn it, it would be mysterious indeed.