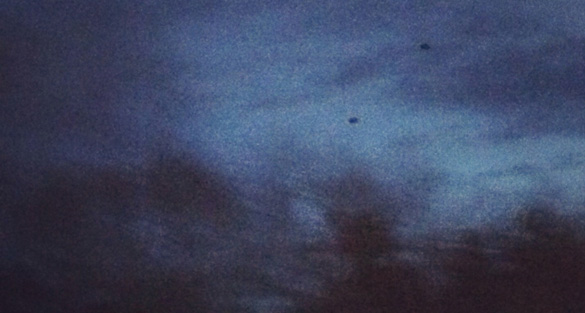 A couple traveling down the highway in West Greenwich, Rhode Island spotted a couple of black disks hovering in the air. They took a few pictures, and then turned off of the highway to get a closer look. By the time they reached the area where they saw the UFOs, they were gone.

The couple reports the sighting was around 5:30 p.m. on January 31, 2014.They sent their report and pictures to the Mutual UFO Network (MUFON), the largest UFO investigation organization in the US. Roger Marsh, editor of the MUFON Journal, posted the sighting on a Huffington Post blog.

So me and my Boyfriend were driving down the Highway when I saw two hovering black disks out the passenger window. I told my boyfriend to look and he grabbed a series of pictures showing the objects standing still in the sky (hovering). They were circular and had no lights. We took the next exit and headed towards where we saw them. We had lost them in the trees after taking the exit and by the time we reached the area they were previously above, they were gone. We also saw a helicopter heading in the same direction as we drove closer. This occurred at roughly 5:30pm in Rhode Island.

The forth picture could not be downloaded, but here are the others. 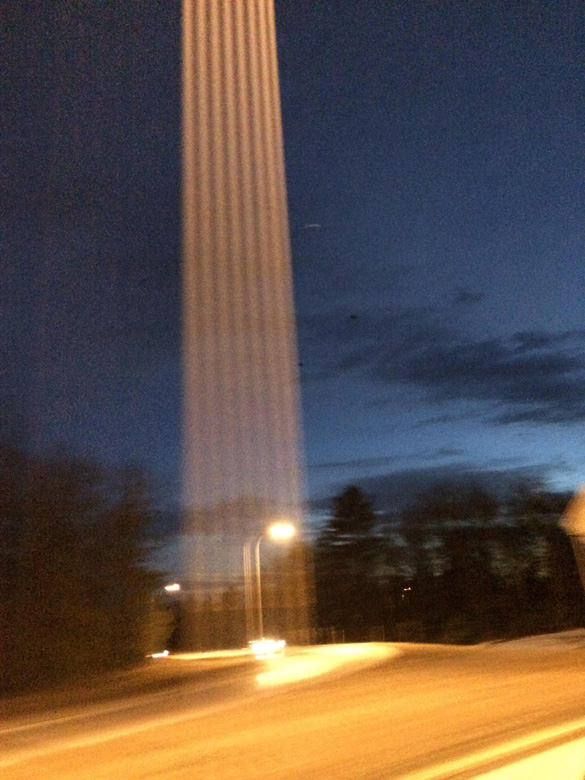 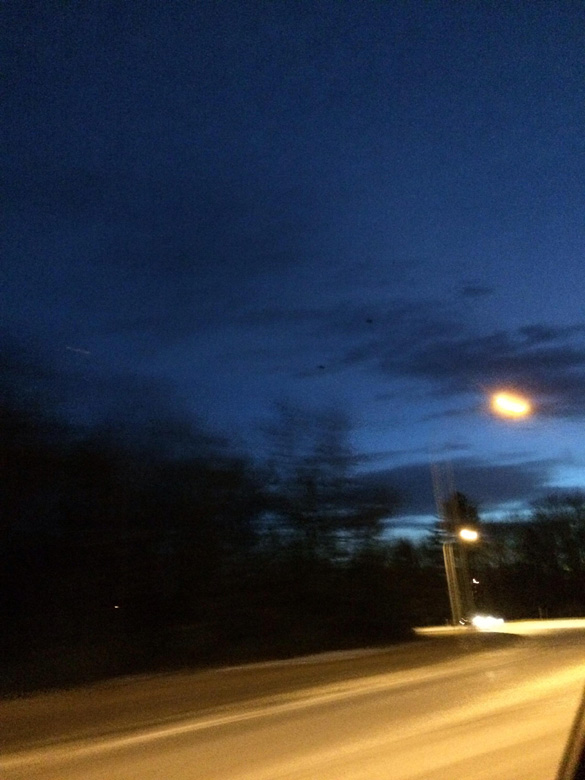 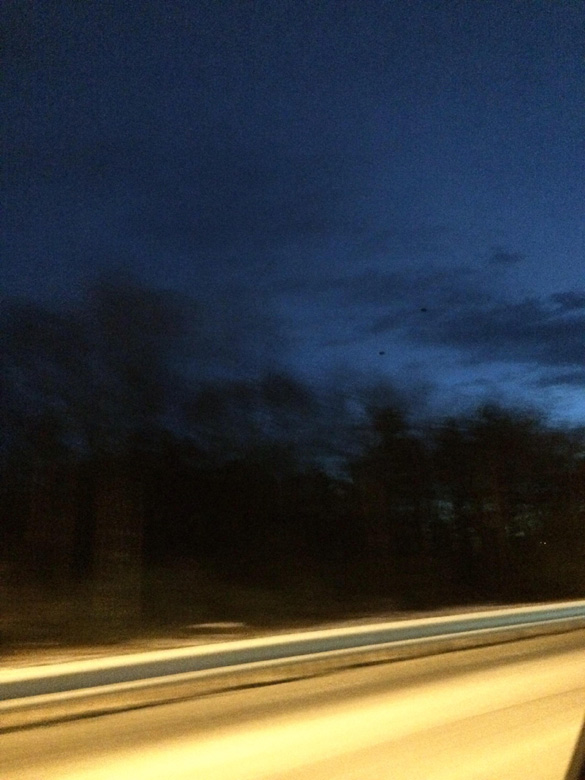 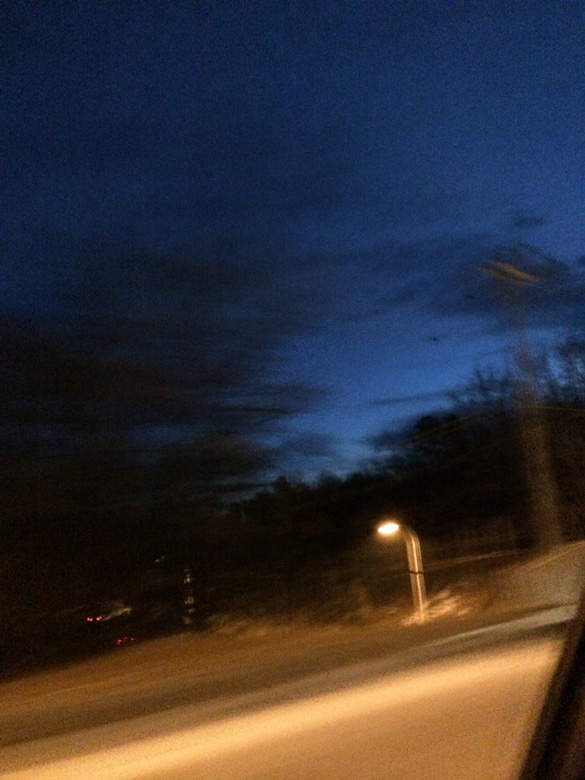 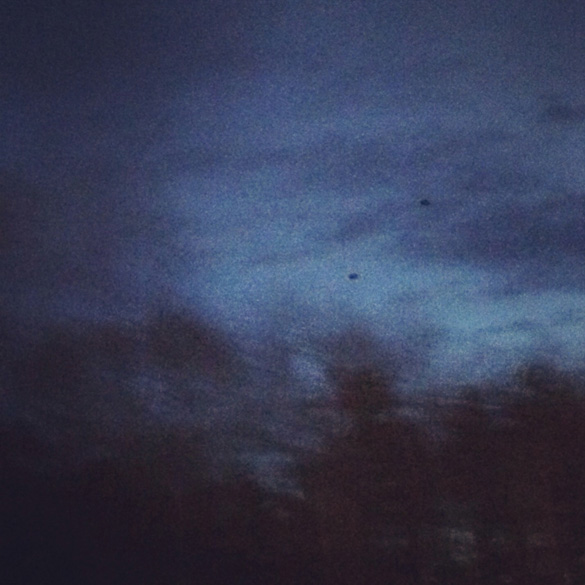 You can view the witness testimony and see the full sized images on MUFON’s Case Management System.