For most of the years since the 1947 Roswell crash and the subsequent weather balloon explanation, stories about mysterious bodies associated with the crash remained, but the very notion that Earth was indeed the host to a living extraterrestrial visitor was beyond the pale of belief. But, the question remained: Did an extraterrestrial survive that ill-fated night?

END_OF_DOCUMENT_TOKEN_TO_BE_REPLACED 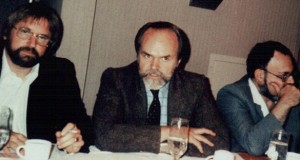 It was just about a year after J.Allen Hynek had passed away and I was serving as the Director of Special Investigations for his namesake, the J. Allen Hynek Center for UFO Studies (CUFOS) in Chicago, Illinois. I also served ...