An Austrian witness just outside of Lower Austria reported watching and videotaping three slow moving, bright objects in the sky that made no sound, according to testimony in Case 82239 from the Mutual UFO Network (MUFON) witness reporting database. 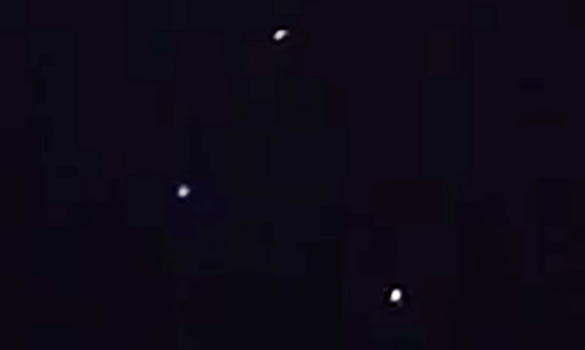 The witness was driving home with two friends on January 4, 2017, when the incident began.

“During the drive, we spoke almost nothing,” the witness stated.“It was about 10:30 p.m. and completely dark. Then we drove a path that was very deserted and also secluded. Without having thought something, I looked up into the dark sky and all of a sudden I saw three very bright light objects that floated very slowly, turned in a kind of circle pattern, and remained standing in the air.”

The three were very impressed by the objects and decided to stop and investigate. 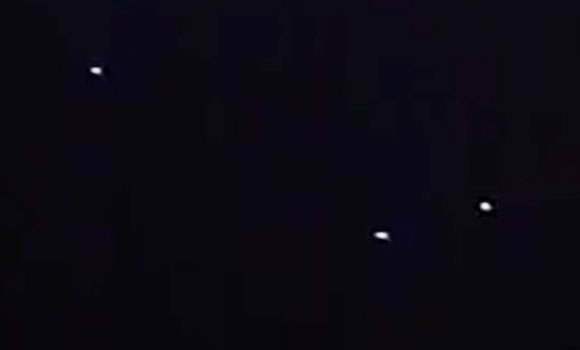 “We left the car and I tried with my phone to film these objects. Except for the chirping of insects in the nearby forest and far-away cars, it was deathly silent. So the three light objects made absolutely no noise. Unfortunately, I could shoot the three pulsating light objects on film for only a very short time because I had little space on my phone. And my friend, Franz, unfortunately has an older phone without a camera. Also, Gernot’s phone is older too. I was filming these three objects about 40 Seconds. After this 40 seconds of filming, we watched these three objects about 3-4 minutes before this object then just disappeared. Like turning off a Light. Actually, I’m skeptical about these things before, but after this scary event, I’m much more open to alien things/UFOs/extraterrestrials and so on. I hope that they perhaps can find out what it is/was.” 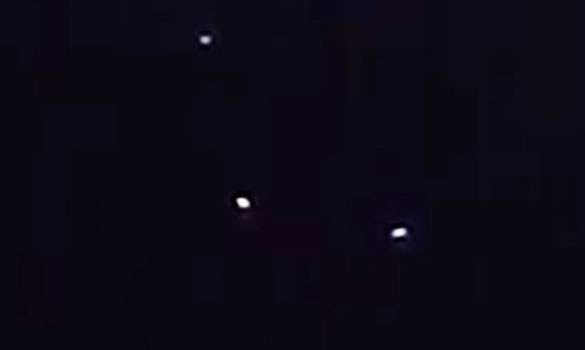 Wolfgang Stelzig is investigating for MUFON International. . Please remember that most UFO sightings can be explained as something natural or man-made. The above quotes were edited for clarity. Please report UFO activity to MUFON.com.

Editor’s note: Viewers have pointed out there does seem to be a whirring noise at the beginning of the video that sounds similar to a drone.