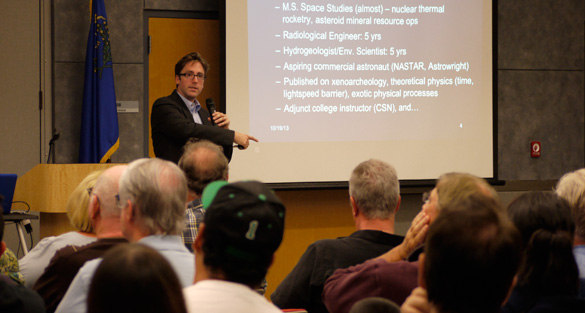 The National Atomic Testing Museum in Las Vegas hosted another UFO lecture in its Area 51 special lecture series, which began with the opening of their Area 51 exhibit. The exhibit not only displays known research to have been conducted at the super secret base, but also the allegations of secret work being done on extraterrestrial spacecraft.

The UFO lecture on October 19 was a tag team effort by Ben Hansen from SyFy’s Fact or Faked: Paranormal Files, and Ben McGee from National Geographic’s Chasing UFOs. Hansen’s background is in law enforcement, including a stint with the FBI, while McGee is a scientist. He is the principal research scientist at Astrowright Spaceflight Consulting, LLC. 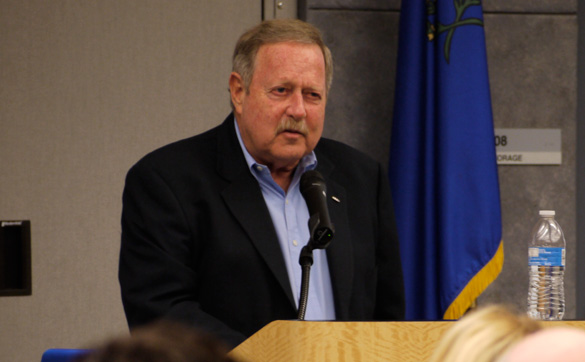 While Hansen’s focus was to help the audience keep a wary eye out for hoaxes, he began his lecture with what he believes to be the best piece of UFO video evidence captured during the Fact or Faked investigations. There were reports of balls of lights near a lake in Florida, so they set up cameras. In one video an orb can be seen across the lake. It moves upwards, cruises over some trees, and then disappears.

Throughout the lecture Hansen would cover a topic, then McGee would cover a section of his lecture, and they would go back and forth. Both presentations were very thought provoking. Hansen covered hoaxes they had uncovered, such as a series of videos that purport to capture strange noises in locations across the world. However, as he demonstrates, the audio track is the same, just slightly manipulated on each video. 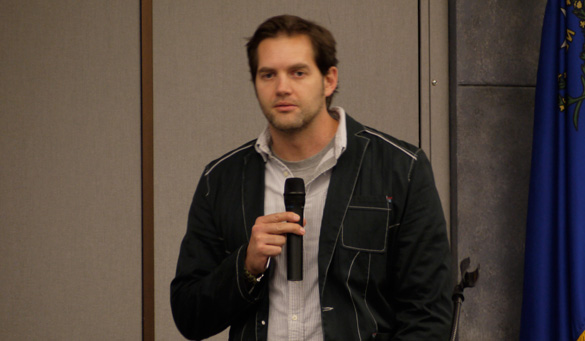 In the Q and A Hansen also explained the elaborate hoax behind the popular Jerusalem UFO videos of 2011. At Open Minds we had also written about the discovery of these sightings to be a hoax. However, when McGee chose to cover the Campeche UFO video from Mexico, I was skeptical he would sufficiently present a prosaic explanation.

The Campeche UFO video was presented by the Mexican Air Force to UFO investigators in 2004. A Mexican Air Force aircraft fitted with a FLIR (Froward Looking Infrared) camera captured 11 lights that appeared to be UFOs following them. Skeptics had written them off as flares from oil platforms. However, I personally did not find that explanation convincing, until now. 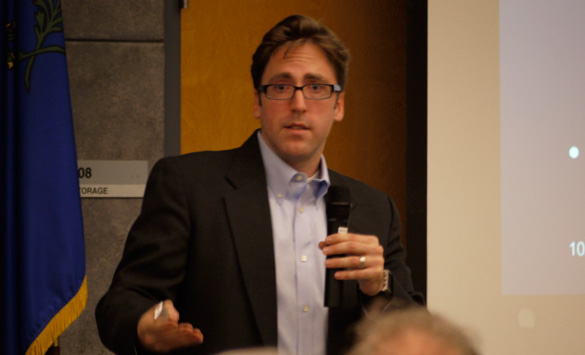 Although McGee felt the oil platform explanation doubtful as well, he showed how when he lined up how the lights of the platforms would have looked from the perspective of the Mexican Air Force, given where they were, the lights lined up perfectly with what was caught on video. He even demonstrated how one light, that appeared to turn into two, was two platforms aligned that were not aligned when the plane moved forward and its perspective changed.

McGee wasn’t there just to debunk, but he wanted to demonstrate what science was and how it worked. He explained how every scientist comes up with a hypothesis and then is taught to rip it apart. They act as their own debunkers. However, if they cannot disprove their hypothesis, then perhaps they have come to a new scientific understanding. He warns that if this procedure is not followed, then we can base future decision off of bad information, and often UFO sightings are not given the scrutiny they should be, not just to debunk it, but to demonstrate it is truly mysterious. 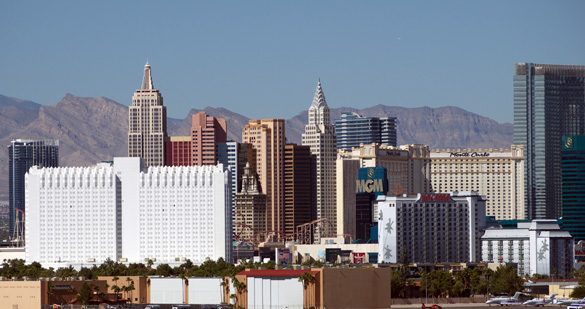 The next UFO lecture in the Area 51 series at the National Atomic Testing Museum will be UFO journalist for the Huffington Post Lee Spiegel on December 14. Hopefully you can make it. It’s a great excuse to spend the weekend in Las Vegas, and you can be sure the Open Minds crew will be there again. Vegas!

For more on the National Atomic Museum visit there site at www.NationalAtomicTestingMuseum.org.