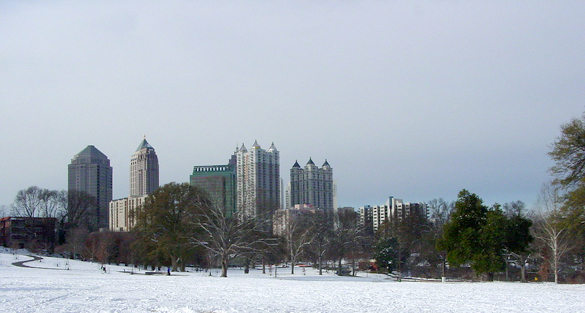 A Georgia witness at Atlanta reported being showered in a light beam that appeared to come from a “shimmering white light” that quickly moved away, according to testimony in Case 73984 from the Mutual UFO Network (MUFON) witness reporting database. 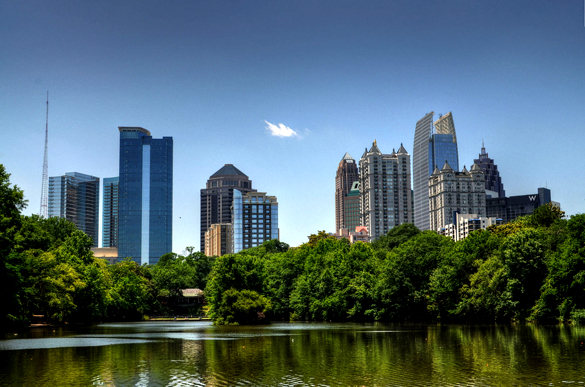 The witness was standing outside next to a vehicle in Atlanta, GA, when the driveway, yard and nearby home were engulfed in light. Pictured: Atlanta skyline. (Credit: Wikimedia Commons)

The witness had just stepped out of a vehicle when the incident occurred about 3:15 a.m. on November 16, 2013.

“I got out of the driver’s seat and leaned on my car towards the passenger’s side door near the trunk,” the witness stated.“I looked down at my phone to decide on what song to listen to next and as I was about to press a button on my phone, this ‘God-light’ appeared and shone on me.”

The witness realized his driveway, entire yard and the neighbor’s house next door were completely illuminated.

When the witness looked at the light, it seemed to quickly disappear. Pictured: Craftsman bungalows in Atlanta’s Inman Park neighborhood. (Credit: Wikimedia Commons)

“They were all completely whitened by this light. As I lifted my head from frozen shock and shear fear, I tried to look directly at the light and instantly the light was gone and in its place was a shimmering white light that then shot off to the northeast in the manner that would emulate if one were to light a sparkler and shake it from side to side.”

The witness could not tell where the object was headed.

“There was no apparent path or any place in particular that it was heading. It just vanished with a trail of orange-white light following behind. I am finally coming forward with all of my sightings, events and encounters after speaking with and being advised by MUFON.” 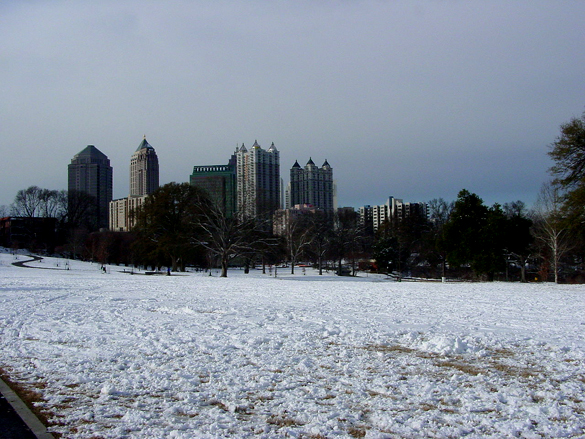 Georgia MUFON Field Investigator Susan Kinney is investigating this case that was reported on January 19, 2016. No images or videos were included with the report. Please remember that most UFO sightings can be explained as something natural or man-made. The above quotes were edited for clarity. Please report UFO activity to MUFON.com.