Astronomer says alien life will be discovered in 20 years 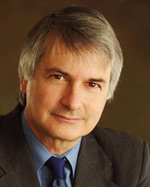 In a Popular Science article published by Jennifer Abbasi today, Shostak is asked several questions about extraterrestrial life. When asked by Abbasi about his timetable prediction for finding extraterrestrial life, Shostak responded, “In the course of the next 20 years, it just might happen.” He explained, “There are other places in the solar system that might have liquid water. To find it requires mounting a big mission with rockets and robots and going to look. The timescale for that is 10, 20, 30 years, depending on the funding.” 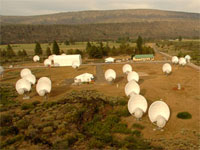 Funding was recently an issue for SETI. The Institute, which uses radio telescopes to listen for alien signals, was forced to suspend operations at its Allen Telescope Array back in April 2011 due to funding issues. But after a successful fundraising campaign called SETIStars, the telescope array was brought back online in August 2011.

Abbasi also asked Shostak when he thinks extraterrestrials will find us on Earth. He replied:

Finding us is actually harder, because how could they find us? You could conceivably pick up our television, our radar, our FM radio, but you have to be close enough for the signals to have gotten to you within, say, 70 light-years. The number of stars within 70 light-years is maybe a few tens of thousands, but it’s not a very big number. I don’t know that they’re going to find us until we’ve been on the air for a lot longer. But for us to find them is maybe not such a problem because, after all, the universe has been around three times as long as the Earth has. There has been plenty of time for other intelligence to get way beyond us, so they might have been sending signals for a long, long time, literally millions or even billions of years.