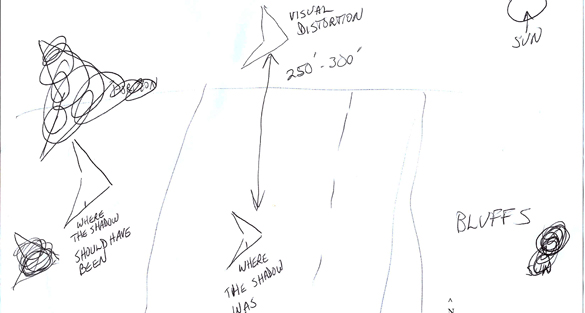 An Arkansas witness at Bella Vista recalled a UFO incident from 2014 when a triangle UFO was seen hovering about 300 feet over a roadway, according to testimony in Case 79743 from the Mutual UFO Network (MUFON) witness reporting database. 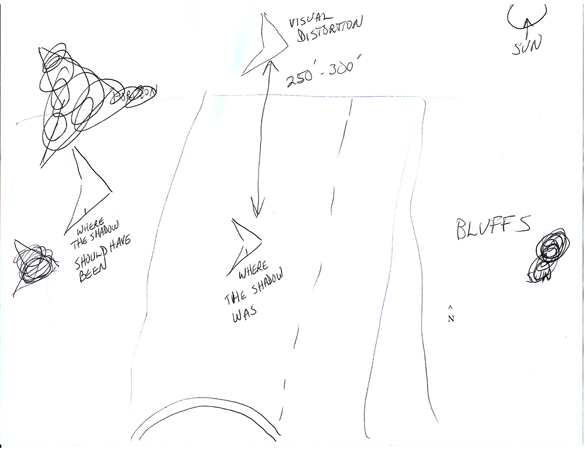 The witness was driving to work at 7:30 a.m. on August 8, 2014, when a shadow was noticed on the roadway about a quarter-mile ahead.

“I looked up and saw the triangle or chevron-shaped craft hovering just east of the highway at about 250-300 feet AGL,” the witness stated.“It appeared to be about the size of an F-111 Aardvark.”

The object began to move as the witness approached. 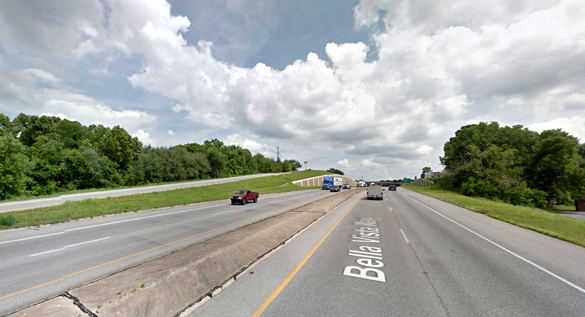 “As I got closer it accelerated quickly to the south and I lost sight of it within a few seconds. The curious thing about the craft was that it had no definable color. Instead, it was slightly blurred out as if mimicking the background. The outline was fairly clear, but it was almost semi-transparent.”

The craft’s shadow bothered the witness.

“The thing that struck me was that the shadow of the craft was directly below it instead of where it should have been given the angle of the sun that early in the morning. I’ve included a sketch that I drew as soon as I got to work that morning that describes this phenomenon. I’m a former USAF Security Policeman and I’ve worked around nuclear weapons under the PRP. I’ve also been a civilian law enforcement officer, so my observational skills are pretty good. I was also wearing polarized prescription sunglasses that morning, which is why I may have been able to see it in the first place.” 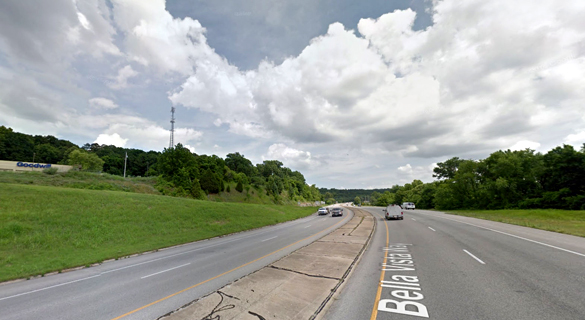 The UFO quickly began to move away from the witness. Pictured: Bella Vista, AR. (Credit: Google)

Bella Vista is a city in Benton County, Arkansas, population 16,582. MUFON Arkansas Assistant State Director Lynn Travis McCullough is investigating. Please remember that most UFO sightings can be explained as something natural or man-made. The above quotes were edited for clarity. Please report UFO activity to MUFON.com.