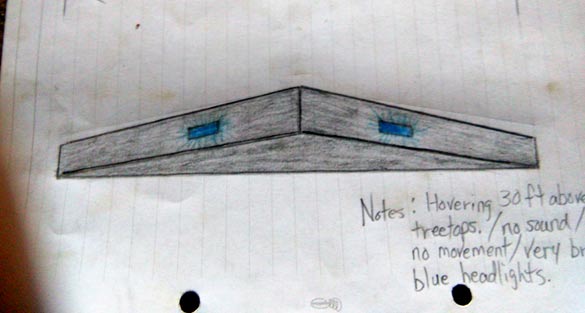 An Arkansas witness at Malvern did not stop during a close encounter with a silent, hovering triangle UFO more than 150 feet wide, according to testimony in Case 75545 from the Mutual UFO Network (MUFON) witness reporting database. 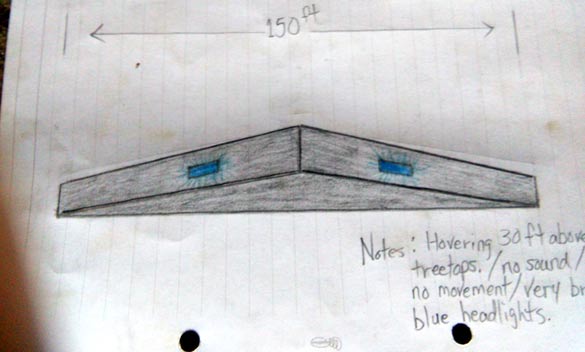 The witness was driving along a dirt road heading toward a friend’s home about “one hour before sundown” on December 15, 2015, when the incident occurred.

“It was hovering low above the trees just past my destination,” the witness stated. “Ilaid eyes on it for 30 seconds, but kept driving out of fear.”

The object had unusual lighting.

“The two bright blue headlights were pointed straight at me like two square eyes. I knew it could see me.” 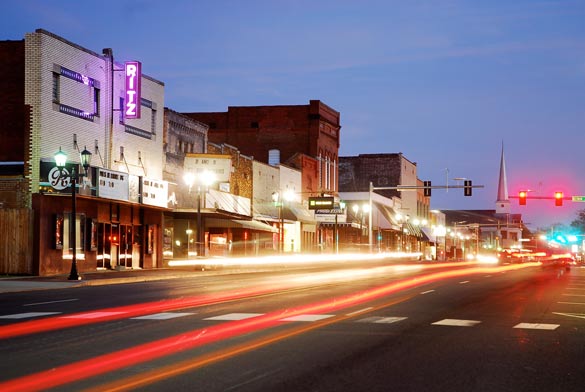 But the witness soon lost sight of the object.

“As I got closer, the treeline blocked my view or their view thankfully. An hour or so later after dark, I saw the afterburners of a military fighter jet heading south with no lights on the bottom or anywhere else. I calculated the object to be about 150-200 feet wide. I don’t know how long it sat there.”

Arkansas MUFON is investigating this case which was reported on March 31, 2016. Malvern is a city in and the county seat of Hot Spring County, Arkansas, population 10,318. Please remember that most UFO sightings can be explained as something natural or man-made. The above quotes were edited for clarity. Please report UFO activity to MUFON.com.