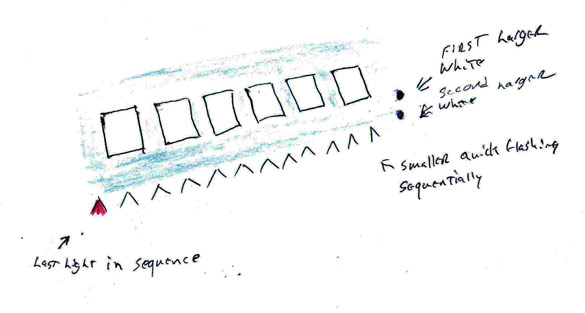 An Arkansas witness at Lonsdale reported watching a low flying object with bright lights and windows that could not be identified, according to testimony in Case 77398 from the Mutual UFO Network (MUFON) witness reporting database. 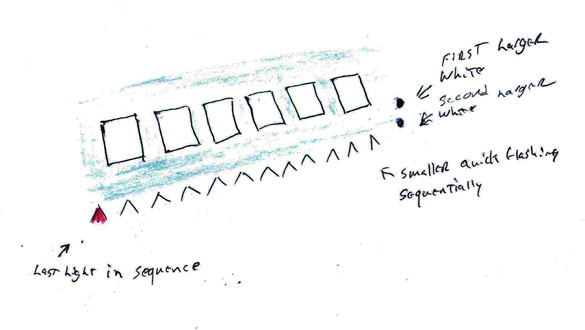 The witness was westbound along Highway 70 riding a motorcycle about one-half mile past the 70 and 128 junction at 10 p.m. on July 2, 2016, when the incident occurred.

“The night was warm, weather was dry and clear with very good visibility,” the witness stated.“The road was three lanes wide with approximately40 yards from tree line to tree line. Tree height is 30 to 40 feet. I first noticed flashing lights just entering my view above the tree line to the north of my line of sight. The object appeared to be traveling diagonally across my line of sight to the southwest. It appeared to be at approximately 60 to 70 degrees above the ground.”

The witness first assumed the object was a low flying, small aircraft. 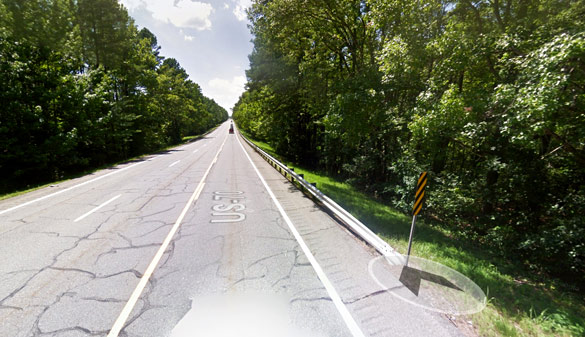 The witness was westbound along Highway 70 about a half-mile past the 70 and 128 intersection, pictured, when the incident occurred. (Credit: Google)

“However, I quickly realized the ‘navigation lights’ were unlike anything I had ever seen on any aircraft. My next thought was that due to its apparent low speed and height (my impression) that it could be a blimp. However, it didn’t have a traditional navigation light pattern.”

“It had a flashing white light at the back with a second flashing white light slightly below the first. A row of sequentially strobing white light along the (what I took to be) underside with a single red light at the front. Above the bottom lights was a single row of six, square, hard edged ‘windows’ that emitted a bright, white light. This all seemed to be attached to a solid structure of a light blue/gray/silver color. I could not see any other hard edges, however I got the impression that the ‘windows’ or ‘light panels’ were attached to a V-shaped “hull.” I could only see the side facing me, but it seemed that there was a glow from where the other side would be, so one might assume that it was symmetrical. Once or twice when the uppermost rear light flashed, I thought I saw some structure above the light, but I am unsure of that. There were no other lights above the ‘windows’ or anywhere else other than the one I describe.”

The witness described the lights and their flashing order. 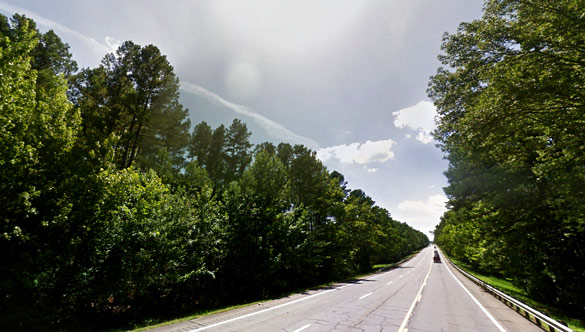 Approximately area where the witness was driving when the object was first seen. (Credit: Google)

“The first light in the sequence was the uppermost rear white light followed by the lower rear white light (these two were the largest and brightest of the flashing lights). The two rear lights seem to have the longest duration and gap between them. After the lower light flashed, a row of eight to 10, sequentially flashing, white light flashed from the rear lower, large light to the front (direction of travel). These lights were fast (maybe a half second, rear to front), smaller and less intense than the two rear most lights. At the end of this sequence, at the front most point, the last light to flash was red. After a short (half second) pause, the pattern would repeat. The ‘windows’ or ‘light panels’ maintained a steady bright glow. The light was a very bright white with a blueish tinge. They appeared to be the same size and distance apart, taking up approximately one-third of the visible structure.”

The object stayed in view for approximately one minute before its travel and the height of the surrounding trees blocked its view from the witness.

“The road turned more southerly and I re-acquired the object in my view for approximately 10 to 20 seconds and then intermittently through the trees for a short while. It appeared to stay on the same course and height for as long as I had it in my view. If I extended my arm and turned my hand horizontal, I could have covered the object with my thumb, from the tip to midway past the first joint. This is an approximation as I was not able to do this at the time. My only feelings were of curiosity as to what the object was.” 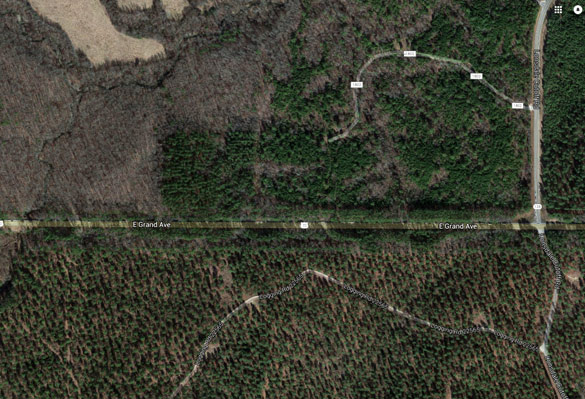 Overview of area where the witness was driving westbound along Highway 70 near Lonsdale. (Credit: Google)

The witness also provided information on himself.

“I was clearheaded. I had not consumed any drugs or alcohol. I don’t do drugs legal or otherwise (I’m allergic to most narcotic pain killers). I am not on any psychotropic medications (nor do I have reason to believe I should be) and rarely drink. My only thoughts at the time I first saw the object were of getting home and enjoying the ride as the evening cooled off. I live in a relatively high aircraft traffic zone and have seen navigation lights from all angles, heights and on many types of aircraft. I have seen drones of various sizes. I have seen blimps in daytime and I have seen them at night at sporting events, however, I have never seen one operating at night in a rural area. The object I saw falls outside of my personal experience, and searching online I was unable to find any aircraft with lights of this type, including blimps and the Virgin lightships. I am a rationalist and a firm believer in Occam’s razor. I enjoy debunking other people’s misidentifications and wild conclusions. I would be quite happy to have you identify this as a blimp, if, in fact that’s what this was.”

Arkansas MUFON is investigating. Lonsdale is a town in Garland County, Arkansas, population 118. Please remember that most UFO sightings can be explained as something natural or man-made. The above quotes were edited for clarity. Please report UFO activity to MUFON.com. Visit mufonsymposium.com for information on the Orlando, FL, annual Symposium August 25-28.