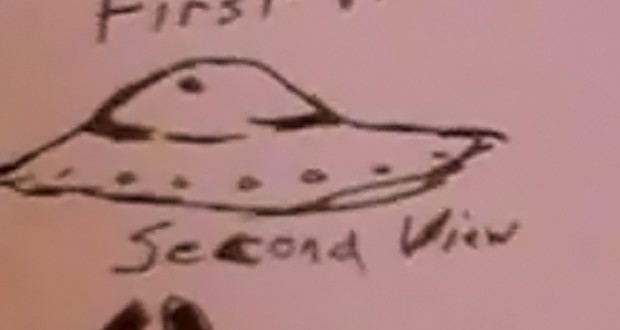 An Arizona witness at Yuma recalls events from 38 years ago when a UFO moved close to family members at a drive-in movie theater, according to testimony in Case 60102 from the Mutual UFO Network (MUFON) witness reporting center.

The witness was at the drive-in with her mother, stepbrother and young daughter when dim lights were seen in the sky in September 1976. 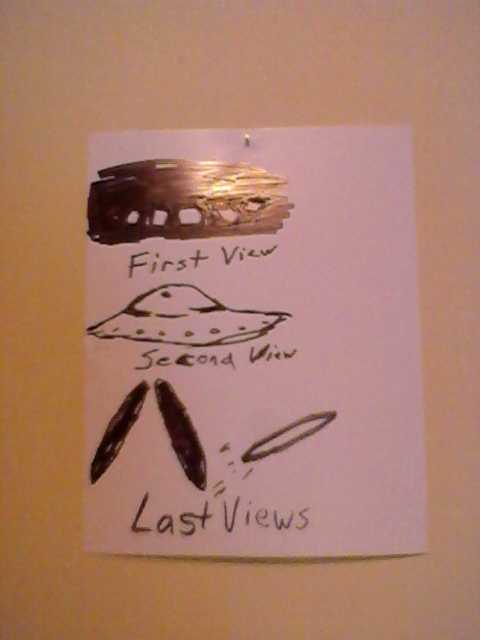 Witness illustration of three observations of the object from September 1976. (Credit: MUFON)

“I simply assumed the dim lit lights were that of the windows of a passenger airplane,” the witness stated. “At this point I couldn’t see its shape – just the lights.”

But the object wasn’t moving.

“After about 20 to 30 minutes of glancing at what I assumed were window lights, I realized this ‘plane’ was not moving nor was it making any sound and realized it was not a plane. I stood up in the bed of the truck and told those with me to look. I began pointing at it because they couldn’t see it. Its windows were too dim.”

Then the object moved closer.

“It was a very dark object, but the closer it moved the better I could see its shape. It looked as if it had a wide, huge bell on top of it. When I saw it almost over our truck, my mother and stepbrother still couldn’t see it. A lady in a car next to us began trying to see it. It moved upward, tilted and that is when I saw the brighter lights on the bottom of this object. I was almost screaming for them to see it!” 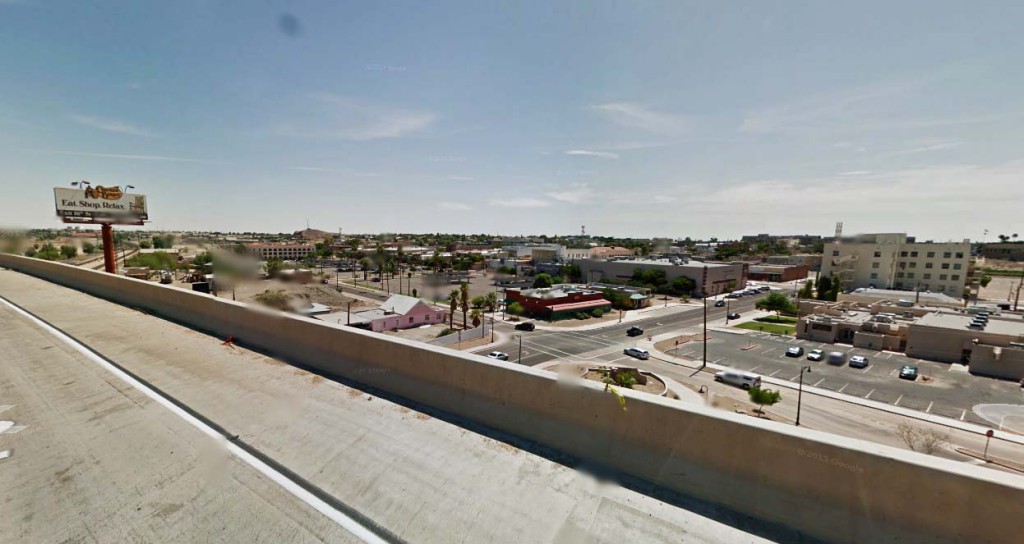 The witness first thought the object was a passenger plane until it seemed to hover in place. Pictured: Yuma, Arizona. (Credit: Google)

As the object moved away, it appeared to be a saucer shape.

“At that moment it began moving, wobbling, and began going upward with its shape changing into a typical saucer shape. My stepbrother saw it at this point and said, ‘I see it! Look!’ At that time it began flopping from one side to the other several times. With each flop it got smaller like it was moving away. We were both tying to get my mother to see it, and she did at the point just before it went away. It was gone in a breath but left twinkly sparkles behind it. It looked as if it had gone through a door and closed it.” 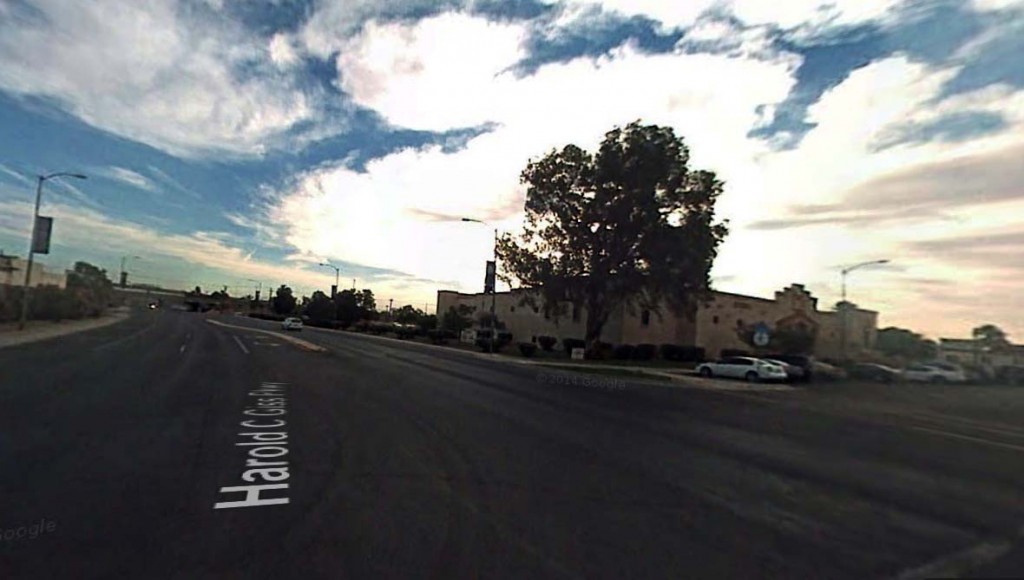 As the object moved away, the witness could see that it was saucer-shaped. Pictured: Yuma, Arizona. (Credit: Google)

Yuma is a city in and the county seat of Yuma County, Arizona, population 77,515. Arizona MUFON is investigating. Arizona has a current UFO Alert Rating of 5 with a low number of recent reports nationally. Arizona had 10 UFO reports in August 2014 – the 19th highest reporting state – while California had 99 reports as the highest reporting state. The above quotes were edited for clarity. Please report UFO activity to MUFON.com.