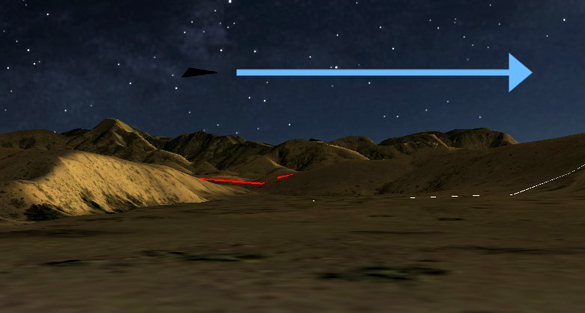 An Arizona witness at Willcox who is a meteorological observer for the military recounts a UFO encounter from 2014 and questions his own reactions, according to testimony in Case 74926 from the Mutual UFO Network (MUFON) witness reporting database. 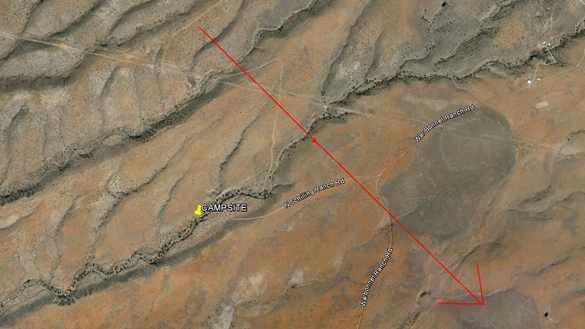 “I observed a black triangle dart across the rims of the canyon we were camping in,” the witness stated.“Object made no sound.”

But the observation of an unusual craft did not seem to disturb the witness at the time.

“I seemed to not even care, got up and went back to my vehicle. Months later, I recalled the hunting trip and remembered the event. My actions that night were uncharacteristic as I have looked to the skies my whole life and never witnessed a UFO before. Why then, when I finally saw something I could not explain, did I brush it off as nothing?” 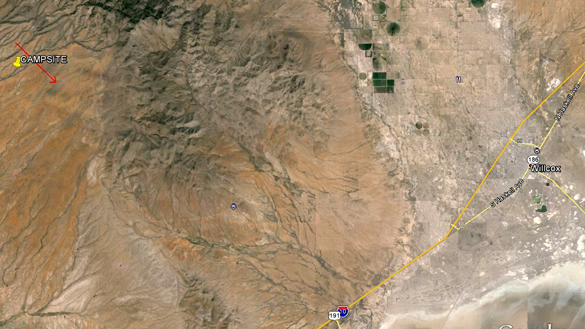 The witness does recall a memory of not wanting to see the UFO again.

“I do remember not wanting to see it come back as I fell asleep that morning.”

The witness details the sighting.

“The direction of flight was perpendicular to the northeast-southwest running canyon. I projected the speed to be about 500 mph at an altitude of 1,000 feet AGL. Object appeared to be between 50-75 feet of equal length sides. No lights. If it had not been for city light pollution on an overcast sky, I would not have noticed the object. The object made no sound whatsoever.”

The witness has a background in observation.

“See details in map sketches. I am a trained meteorological observer from the military. I know our traditional aircraft. This was not one of them. The other people I camped with slept through the entirety of the event.” 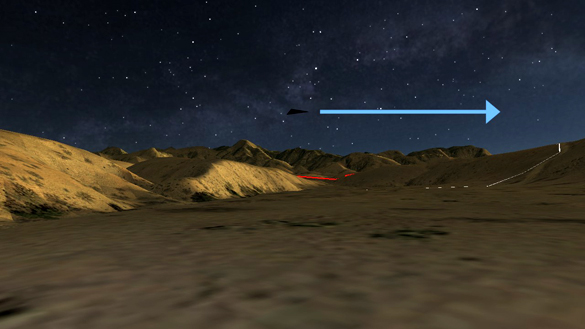 Willcox is a city in Cochise County, Arizona, United States. As of the 2010 census, the population of the city was 3,757. Arizona MUFON State Section Director Diane Gleason is investigating. Please remember that most UFO sightings can be explained as something natural or man-made. The above quotes were edited for clarity. Please report UFO activity to MUFON.com.