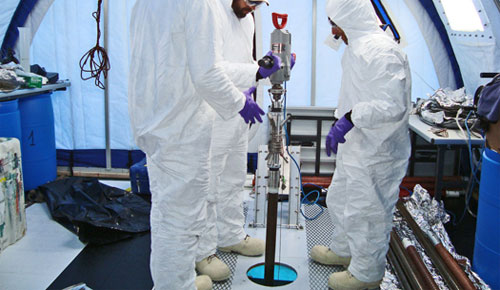 New findings are giving researchers a better understanding of the extreme environments in which life as we know it can exist.

Researchers used drills and heated pipes to drill sixty feet into the Antarctic ice before reaching Lake Vida, a lake that has been isolated for an estimated 2,800 years. The temperature of the water was found to be approximately eight degrees Fahrenheit with a saltiness of about five to six times greater than average ocean water, which is what keeps Lake Vida’s water from freezing. The water was also found to be mildly acidic and completely depleted of oxygen. Yet, in this harsh environment, samples collected from the lake reveal that a “diverse and thriving community of microbes in the brine” has managed to survive for millennia. 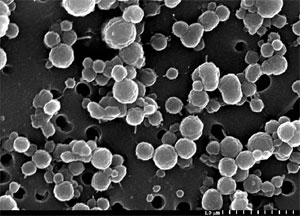 The brine had very high levels of carbon-based compounds, the building blocks of life. It also possessed high levels of chemicals that generally react with each other, such as nitrous oxide and molecular hydrogen, suggesting they were being regularly replenished — a surprising discovery, given how the lake was isolated for millennia from any obvious external sources of energy to help create them.

Understanding extreme environments where life exists here on Earth helps researchers better understand where life might exist elsewhere in the universe. Peter Doran, one of the researchers who participated in the Lake Vida study explains, “By seeing what the boundaries of life are on Earth, that helps us when we go out and look for examples elsewhere.” Similar sub-surface lakes exist on alien worlds like the icy moons of Saturn and Jupiter, and researchers hope to one day drill through the ice on those worlds in search of life.

On Earth, where there is water, there is life. And as scientists are discovering, this holds true even in the most extreme environments. Time will tell if the same thing holds true throughout the universe.

In the famous words of the fictitious Dr. Ian Malcolm from the movie Jurassic Park, “Life finds a way.”

The detailed findings from Lake Vida were published in the journal Proceedings of the National Academy of Sciences.