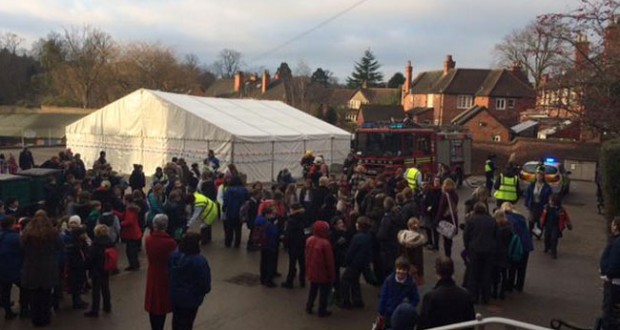 Another school stages a UFO crash

Another UK school recently implemented UFOs into its curriculum.

UFOs and extraterrestrials have been featured by several schools in the past couple of years. Although some U.S. schools have embraced this theme, based on media reports, it seems that the trend of using the UFO/ET theme for educational purposes is more popular in the UK.

The Bournville Junior School in the English city of Birmingham is the latest school to embrace this alternative teaching method.

The school staged a UFO crash on the playground on Monday, February 9. Students were met by local police officers, fire fighters, and scientists. The idea behind the mock UFO crash is to engage students in cross-curriculum learning. Local media outlet the Birmingham Mail explains that this exercise has students “tackling topics across the curriculum from science to music in a bid to ‘solve’ the investigation.” 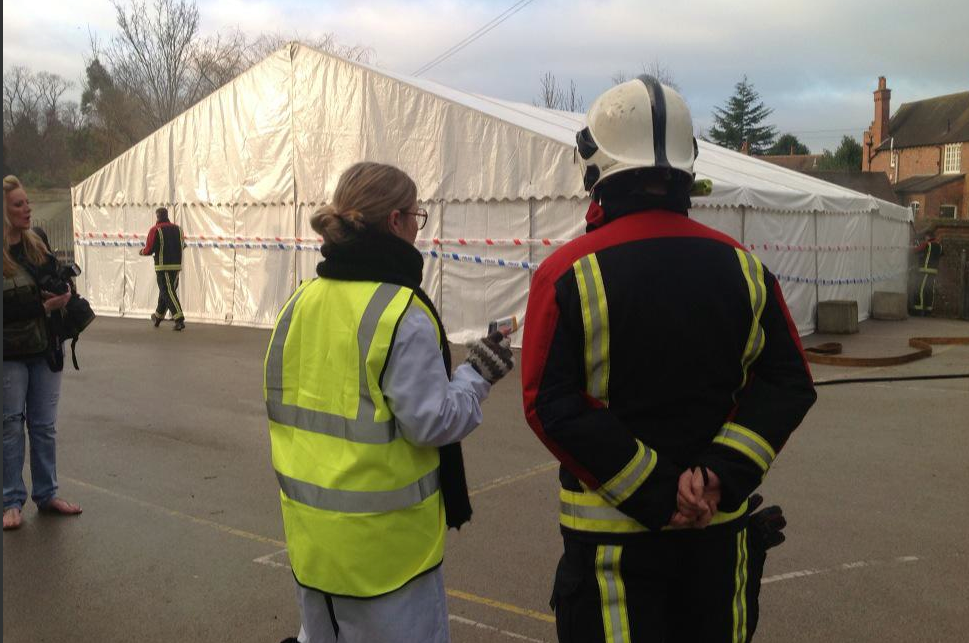 The scene of the staged UFO crash. (Credit: Stirchley)

This concept is a creative and fun approach to engage children in the educational process. It also gets kids thinking about extraterrestrial contact and what that might be like. Of course, some conspiracy theorists argue that seemingly harmless exercises like this one are actually government attempts to acclimate children to the idea of extraterrestrials on Earth.

Although many of these extraterrestrial-themed events at schools look fun and well-done, some incorporate questionable elements like adding alien blood, screams, and hints of abduction.

The recent Bournville Junior School event really attempted to create a realistic experience. Organizers began by posting on social media on Sunday, February 8, claiming that a “flash of white light” was seen over Bournville.

Any more strange sightings or flashes over Bournville, please let us know. #BournvilleUFO

Twitter hashtags like #bournvillelights, #lookdeeperbournville and #bournvilleUFO started making the rounds. On Monday, February 9, local news site Stirchley News began posting photos from the “scene,” along with alarming statements like, “Government officials have been sent to examine whatever is being contained inside the tent and this morning, pupils and their escorts were reassured that everything is safe and there is no risk to anyone’s safety.”

And the school even issued a press release:

Something strange is happening at Bournville Junior School.
A huge crack has opened up in the playground, there is smoke rising and strange noises coming from a mound in the school playground.

The scene of the incident is surrounded by a large investigation tent and certain areas of the school are under lock down.

What could it be? Could it be that the planners didn’t research the ground the school is built on properly? Is the school being engulfed by some strange underworld? What or who is coming up from beneath?

It is down to the pupils and staff of Bournville Junior School, with the help of a team of professional scientists, to find out more and “Look Deeper”.

“But some Twitter users seemed confused whether the alien invasion was genuine,” the Birmingham Mail points out.

It also didn’t help matters when the local fire department was also Tweeting messages saying the incident wasn’t a safety concern, but they were “most certainly intrigued by the strange goings on.”

Fire service not concerned for safety @BournvilleJun but most certainly intrigued by the strange goings on….

Using aliens and UFOs in school can be a fun way to engage children in a variety of ways. But it seems like those utilizing and participating in the use of this educational model should consider a more cautious approach when handling these simulated events. Sure, some think that the idea of a UFO crash is outlandish enough for people to assume that any mention of such an event must be related to a silly school project. But there are plenty of people who believe that real UFOs have and do crash here on Earth. And, for those who don’t share this belief, what happens when a UFO does actually crash at a school? With safety officials and media outlets already participating in the lighthearted charades, it will be difficult for the public to determine if and when a genuine incident occurs.