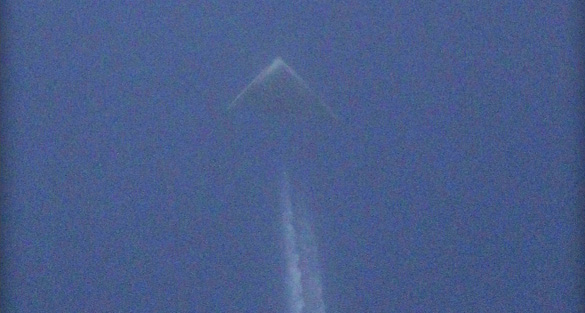 This latest pictures was actually taken in February in Wichita, Kansas, but was just featured on KSN in Kansas this week.

Amateur photographer Jeff Templin says he was out taking pictures of wildlife when he spotted a strange contrail. He snapped a few images. 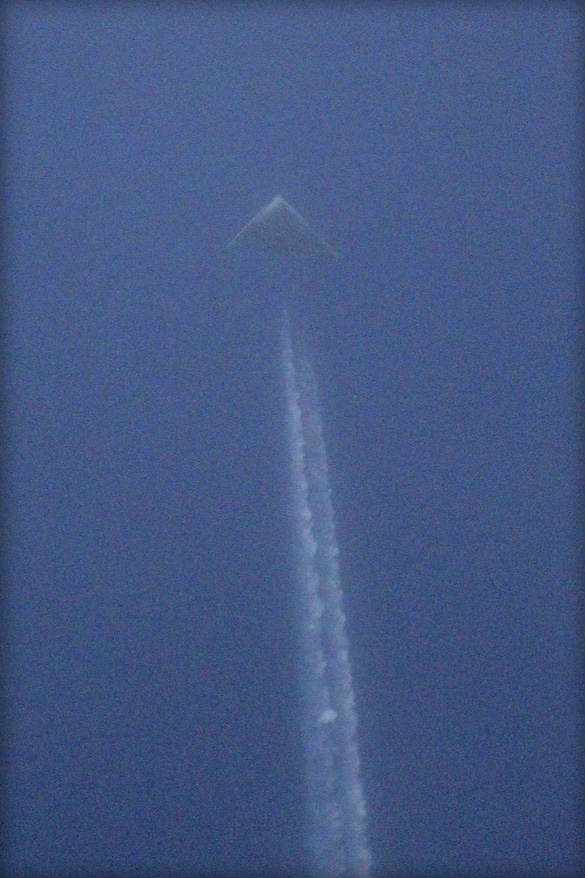 Templin told KSN that the object was “Right over the city, clear as a bell. Anyone that was looking up would have seen it. You don’t usually see military or even civilian aircraft’s jets that leave contrails making those kinds of severe departures off of the given route.”

He also said the aircraft was making 180 degree turns in the shape of an “S.” He says the craft was completely silent.

When Templin got home he zoomed in on the object and was surprised to see the triangular shape. He says it is “not like anything you typically see.”

According to the aviation experts KSN talked to, they agree. None of them were able to identify the craft.

KSN also spoke with nearby McConnell Air Force Base. They also were unable to identify the craft. They suggested it may be a B-2 bomber, however, they could not confirm it and they added that if it is a B-2, it is not one of theirs. 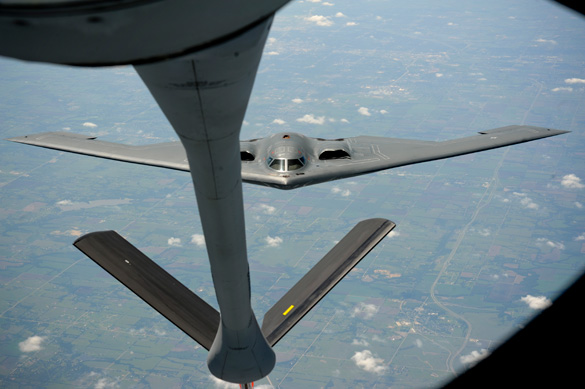 A B-2 Spirit from Whiteman Air Force Base recedes from the boom of a KC-135 Stratotanker assigned to the 22nd Air Refueling Wing McConnell Air Force Base. (Credit: U.S. Air Force/Airman 1st Class John Linzmeier)

Although the object is still unidentified, thus warrants the UFO status, most agree that it is a man-made object of some sort.

Templin says, “It was one of ours or at least man-made for sure, so unidentified yes, but alien, no.”

This is the second sighting of a triangular craft leaving a contrail in the last few months. Last month Aviation Week featured the story of a UFO photo taken in Texas. This object was seen accompanied by two other similar aircraft. 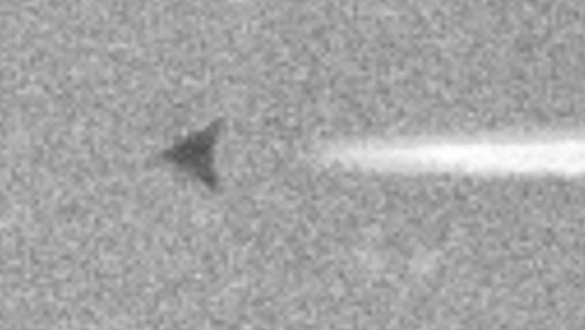 Photos of that object were taken by Steve Douglass and Dean Muskett. The two men monitor radio transmissions hoping for a glimpse at top secret military aircraft. In this case, the transmissions they intercepted indicated that the aircraft was manned, possibly ruling out the possibility of being an unmanned drone.

Still, some have suggested that the aircraft in these images could be experimental unmanned aerial vehicles (UAV), such as the X-47B or the X-48C. 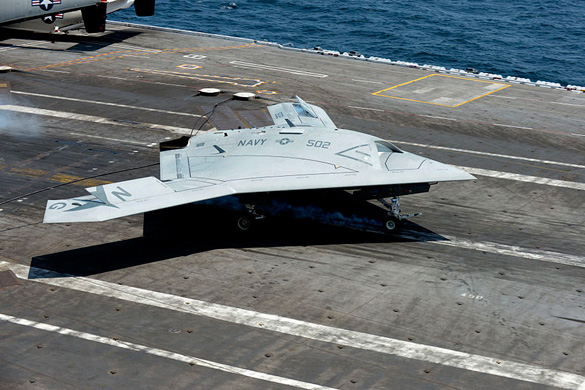 Here is a clearer image of the object that was posted on Sploid.