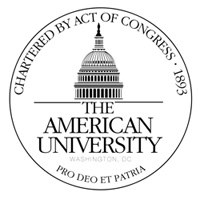 One of the most prestigious universities in the United States has announced that it will hold a serious panel discussion on UFOs, hosted by former CNN anchor, and UFO witness, Miles O’Brien.

Often UFO researchers and enthusiasts voice their concern that mainstream establishments do not take the UFO topic seriously. Well, once in awhile events like the one scheduled at American University take place and suggest that things might be changing.

American University recently announced that it will hold a panel discussion called UFOs: Encounters by Generals, Pilots, and Government Officials. It includes ” four prominent national figures,” and is based on the Honors Colloquium, Alien Contact: Science and Science Fiction, by professor and filmmaker John Weiskopf.

The events page for the panel includes a video from Weiskopf describing the event (seen above). He says, “This panel gives you an opportunity to hear from leading investigators, and from eye witness Colonel Charles Halt, the Air Force Deputy Base Commander near Rendlesham Forest. He stood 20 feet away from a UFO, and he recorded the event.”

Along with Halt, the panel will also include investigative journalist and author Leslie Kean. The title of the event is taken from her New York Times best-selling book UFOs: Generals, Pilots and Government Officials Go On the Record.

Leslie Kean being interviewed by Chilean media during a visit in 2012. General Ricardo Bermúdez, head of  CEFAA, Chile’s official department of UFO investigation, stands to her right. (Credit: DGAC)

Other panelists include author Thomas Carey, one of the leading experts on the Roswell incident, and Dr. Richard Haines. Haines is the co-founder of the National Aviation Reporting Center on Anomalous Phenomena (NARCAP), and is a former NASA researcher. Haines served as the Chief for Space Human Factors Office at NASA’s Ames Research Center from 1986-88.

As you can see, all of the panelists are people who either had their own UFO experience or research the topic. Although skeptical, none of them are skeptics. The discussion appears not to be a debate, but rather, the presentation of compelling evidence for the serious investigation of the UFO phenomena.

I am sure many will feel that American University holding such an event is quite shocking. Weiskopf appears to be aware of the novelty of the event. In the video he notes, “There has been no program likes this.” 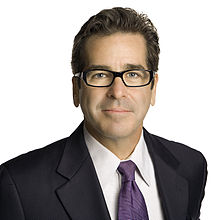 The choice of the moderator is also very interesting. The tone of a panel is set by the moderator, who can easily sway the focus to be comedic, or incredulous. However, the moderator in this case is beloved and credible, and perhaps one of the more prominent figures to have admitted that he also has seen a UFO.

The moderator for the event, Miles O’Brien, is a former anchor for CNN, and has largely specialized in science, technology, and aerospace. Recently, he has won the hearts of many with the amazingly positive attitude he has had towards the loss of his left arm due to an accident.

O’Brien shared his UFO experience on CNN after the airing of one of a series of news reports on UFOs he had put together. He introduced the piece mentioning that the believed in UFOs, and after the piece played, one of his co-anchors asked him about his UFO comment.

The panel is made up of some of the most respected, credible, and well spoken individuals to ever research the UFO topic, and with a beloved moderator who has also had his own UFO experience, the event is sure to make people who had not thought much of the topic to a closer look.