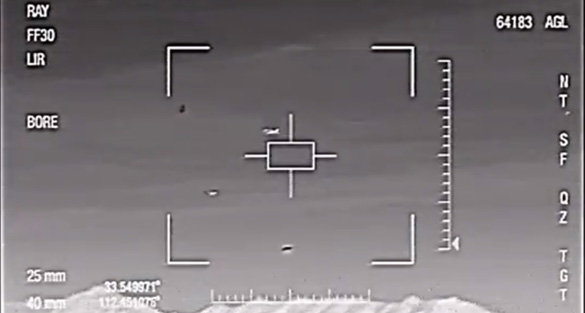 Actually, the problems with the credibility of the video do not stop with the fake news channel. The video was posted on a YouTube channel using the name David Collins. The KWBV news website claims “David Collins is an investigative journalist, living in Phoenix, Arizona. David was embedded with coalition forces in the Operation Iraqi Freedom and Operation New Dawn, and has covered human interest stories since 1989.”

However, there doesn’t seem to really be a journalist named David Collins as described. Furthermore, although Collins appears to be the only journalist writing for KWBV, his stories are all about him and written in the third person.

Other stories on the site include cattle mutilations and a missing persons case from March, 1997. The same month as the Phoenix Lights UFO incident. There are also stories about the “longest running missing person’s case,” and “the most infamous killer in Arizona State history.” Neither the missing persons case nor the killer appear to be real.

One of the stories references another news channel, KUDP, which also does not exist, and doesn’t even have a fake news website like KWBV.

Frank Warren, who runs the website UFO Chronicles, says he found that the website was created earlier this year, even though some stories are back dated to 1997.

So why go to all the trouble making the fake websites and videos? Clues to that answer may be found in yet another fake website called American Crimes. This website is for an alleged television show that will be hosted by Collins. In a video posted in July on his YouTube page, Collins describes the first episode of the series. The outline of the show may be telling.

The description of the video reads:

This series examines Arizona’s longest running missing person’s case, The “Lauder Case”, and the most infamous killer in Arizona State history, Walton Samuel Gayson. Known as the “Alien Killer” Gayson was indicted for the murder of four Phoenix men in 1997. Gayson blamed the men’s disappearance on extra-terrestrial beings, however the case was seized by US Air Force officials, and Gayson never served trial for the murders.

Episode One examines the lives of the missing men, and the circumstances leading up to the men’s disappearance.

This sounds like an exciting movie plot. Putting it all together, it looks like the videos and sites may be part of a viral campaign for an upcoming movie. This wouldn’t be the first time a campaign like this has been put together for a movie. The movie The Fourth Kind launched a huge viral campaign of news stories that were purported to be real, but were not. In fact, many people still believe their false stories to be real. Universal Pictures was sued by the Alaska Press Club over their use of the names of real Alaskan news organizations in their fake stories promoting The Fourth Kind.

This campaign appears to be on par with Universal’s campaign for The Fourth Kind. Two other websites that appear to be part of the campaign are PhoenixIncident.org and MaricopaMissing.com. The prior is set up to appear to be put together by friends and family of the murdered men from the “Lauder Case,” and the latter is setup to look like an official missing persons site from the county of Maricopa in Arizona.

Fortunately for Maricopa County, according to the Maricopa Missing website, it looks like the four men from this case are the only people missing from there. That especially gives me piece of mind, since that is the county I live in.

If this is a viral campaign, we have not heard the end of it. Too bad I cannot tune into channel 6 here in the Phoenix area to keep up on the latest news on this, but more information on the video may be eventually coming to a theater near you.

We have been sent information that supports the movie viral campaign theory. One story comes from a reader who says he saw a trailed for the movie that was online for a short period of time and then taken down. Another comes from Dr. Lynne Kitei, who runs the website ThePhoenixLights.net and has made a documentary on the subject. She was a witness herself. She says that a group making a movie about the Phoenix Lights approached her asking if she would like to be involved. She said she declined.

She says the movie being about aliens battling the US Military is in stark contrast to the data, which indicates that the Phoenix Lights Events were benevolent. She stated that,”there has not been one report of harm, threat or abduction associated with the 1997 AZ mass sighting in over 17 years,” adding that this new video and website may be a PR ploy by those movie makers.

Perhaps the best tip was from another reader who says they recognized Collins as being an actor in an episode of Seinfeld. They said it was the guy who sold the Karl Farbman furniture. Being avid Seinfeld watchers, we at OpenMinds.tv immediately recognized the episode, and sure enough, it does appear to be the same actor. His name is James Patrick Stuart. You can read more about him on IMDB. 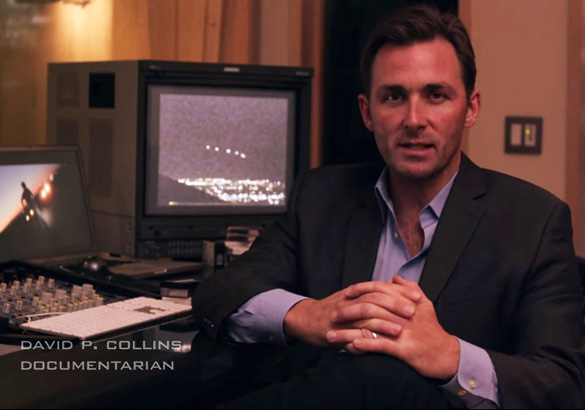 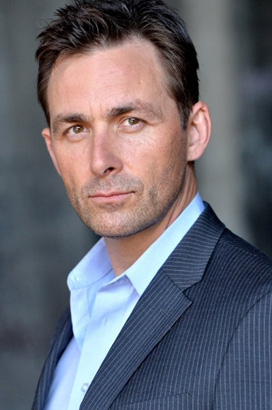 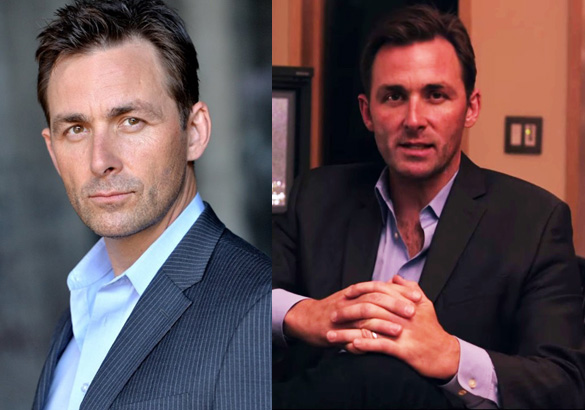 Collins and Stuart side by side. 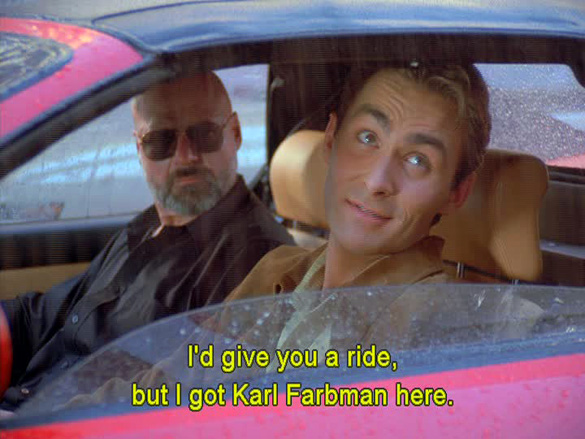 A scene from the Seinfeld episode.

It looks like the Seinfeld Farbman sales guy is the same actor who is now portraying David Collins. Interestingly, when The Black Vault posted our story about this video, The Black Vault’s founder, John Greenewald, also labeled it a hoax. He says he received an email alleging to be from Collins, who was disappointed that Greenewald would label his video a hoax. Greenewald responded that he would be more than happy to post a retort from Collins, but has not yet received a response to this offer.

It appears we have received confirmation on the actor who is portraying David Collins. We received a tweet from the same twitter account that sent out the alleged classified video. In the tweet, Collins writes: “James Patrick Stuart is a fantastic host for American Crimes, and portrays me in the series.”

Collins, if he exists, does not explain the fake news station, nor the fake cases that the American Crimes television show was supposed to cover. It is also odd that an actor would be chosen to play a news reporter to host a news television program. In every other news program the reporters appear as themselves. It might be that whoever is running this viral campaign is trying to perpetuate the illusion of its reality.