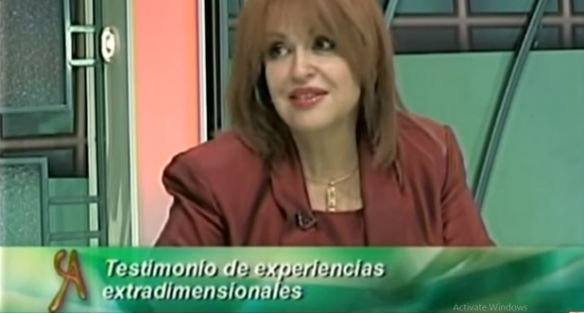 Although Florida politician Bettina Rodriguez Aguilera shared her alien experience with a Spanish language television nearly 8 years ago, it is only now that she is running for congress that her claims are making headlines. Her campaign was already flailing, but local political analysts believe the media attention surrounding her extraterrestrial beliefs will likely further put a damper on her political ambitions.

On October 16, 2017, the Miami Herald wrote about Rodriguez Aguilera’s TV appearance on America TeVe where she describe her memories of an alien encounter when she was a child. The interview was posted on America TeVe’s YouTube page in December of 2009.

According to the Miami Herald, in the interview, Rodriguez Aguilera describes being brought up into a spaceship when she was 7. She said there were round seats and the craft was controlled by quartz rocks.

She said the alien beings reminded her of the famous statue in Rio de Janeiro, Christ the Redeemer, with arms outstretched.

Among the things she said she found out from the aliens:

She also said that the aliens had mentioned Isis, though she didn’t clarify if they meant the terrorist organization or the ancient Egyptian goddess.

For years people, including Presidents like Ronald Reagan and Jimmy Carter and astronauts have publicly claimed to have seen unidentified flying objects and scientists like Stephen Hawking and institutions like the Vatican have stated that there are billions of galaxies in the universe and we are probably not alone. I personally am a Christian and have a strong belief in God, I join the majority of Americans who believe that there must be intelligent life in the billions of planets and galaxies in the universe.

She is not wrong. Ronald Reagan, Jimmy Carter and astronauts have claimed to see UFOs. While Reagan and Carter did not ever claim to believe they were extraterrestrial, Carter did promised to look into the matter when he became president. According to a “UFO Fact Sheet” by the U.S. Department of Defense, in 1977 Carter asked NASA to look into creating a UFO investigation, but they decided nothing could be gained by such a pursuit, and, with the backing of the U.S. Air Force, declined Carter’s request.

Famous astronaut Gordon Cooper, one of the first men in space, saw UFOs and believed them to be extraterrestrial. Astronaut Edgar Mitchell, who had never seen a UFO, also believed we were being visited by advanced extraterrestrial civilizations.

And while many believe Rodriguez Aguilera’s political hopes are in jeopardy, there has been at least one successful politician who believed he had been abducted by aliens. Furthermore, the alien messages were not so different. 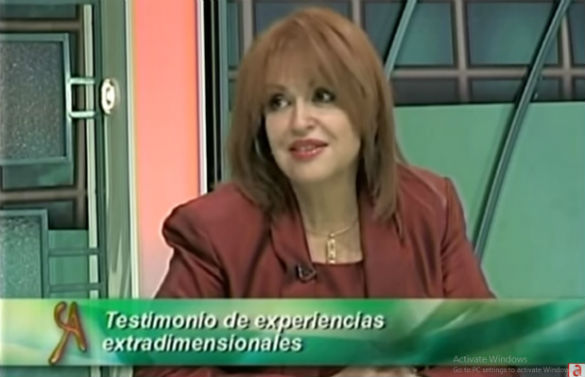 Kirsan Ilyumzhinov was the president of the republic of Kalmikya in the Russian Federation from 1993 to 2010. He is also the current president of the International Chess Federation, and a personal friend to Putin. He also claims to have friends from other planets.

Ilyumzhinov claims that in 1997 he was abducted from his apartment in Moscow by aliens. He says they took him on a trip with them while they went to go pick up supplies. Ilyumzhinov says he then remembered he had to be back on Earth for an appointment, and the aliens told him it was no problem and brought him back. According to Ilyumzhinov, the aliens just wanted him to know they were out there and they were just like humans. They did not want us to fear them. 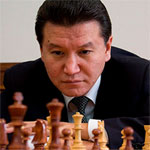 Despite his claims, which have been used against him by political opponents and the famous chess master Gary Kasparov, he continues to flourish as a successful businessman. His business dealings have gotten him in trouble with the U.S. and has put his chess federation presidency in jeopardy, but talking with aliens, no problem.

So, is there hope for Rodriguez Aguilera? Miami attorney Rick Yabor doesn’t think so. He is a political commentator and thinks this recent notoriety will not help her cause. He also says there are much more popular opponents running for the office.

“Being a politician, to come out and say that, it’s odd,” Yabor told the Miami Herald. “She got into details that are not very mainstream. Someone who’s running for Congress — you’ve got to raise a lot of money. A donor might have second thoughts. ”

“Miami politics are unusual,” Yabor said. “This one takes it to a new level.”

Despite Yabor’s pessimism, the story I think the media is missing is just how many people believe they have been abducted by aliens. Every week I hear from people making these claims, and some researchers estimate there may be millions who feel they have had such an experience. Many of these researchers have talked with thousands of people themselves. Although to most it may seem odd, Rodriguez Aguilera is certainly not alone in her belief that she has had an extraterrestrial experience.