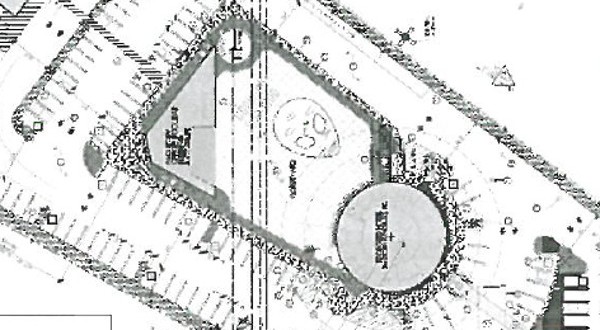 Baker, California is a sleepy town located in San Bernadino County in the Mojave desert. Tourism is the primary industry supporting the sparse population of approximately 730 people, as people driving from Los Angeles to Las Vegas use Baker to refuel, rest, etc. One resident wants to breathe life into the small town by opening an alien-themed hotel. 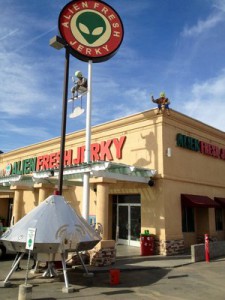 Baker’s “biggest” attraction is its 134 foot tall thermometer, the tallest in the world. But it apparently no longer works. Luis Ramallo explained to the Los Angeles Times that he wants to “put Baker on the map again” by building a multimillion-dollar hotel in the shape of a flying saucer. He already runs an alien-themed business in Baker–Alien Fresh Jerky. The LA Times describes, “Inside the stucco box with a UFO out front and a bug-eyed extraterrestrial dangling his legs off the roof, customers peruse walls covered in dozens of flavors of dehydrated meats.” But after mulling over the UFO hotel idea for a decade, Ramallo wants to move forward.

According to Curbed LA, “The San Bernardino County planning commission already approved the 25,900-square-foot, three-story hotel, which will have an on-site restaurant, museum, alien-head-shaped pool (judging from the plans), spa and gift shop, plus a 5,600-square-foot, two-story office building with a ‘pool bar,’ on the lot where Ramallo’s store is located.”

Construction on Ramallo’s $25 million flying saucer hotel is scheduled to begin this summer, and will be funded by Ramallo and a small group of investors.