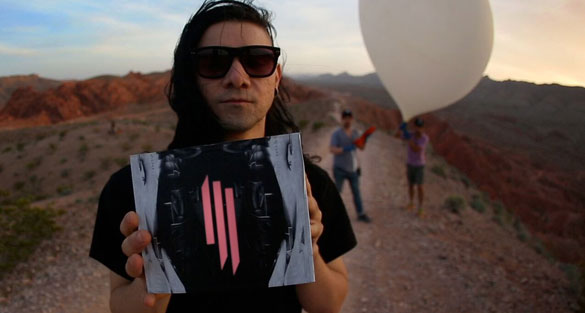 A famous electronic dance music producer named Skrillex has teamed up with Google to create phone cases that come with an app and wallpaper inspired by a dream Skrillex had about aliens. Skrillex is a UFO enthusiast, and recently had a birthday bash with UFO notables. 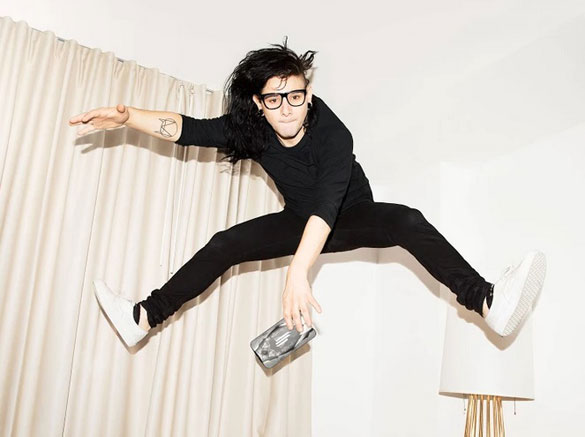 The limited-edition phone cases come with wallpaper that beams live pictures from a satellite to your phone. As for the night, an article on PSFK says, “At night, based on your phone’s position, images of the stars and constellations become your wallpaper.” 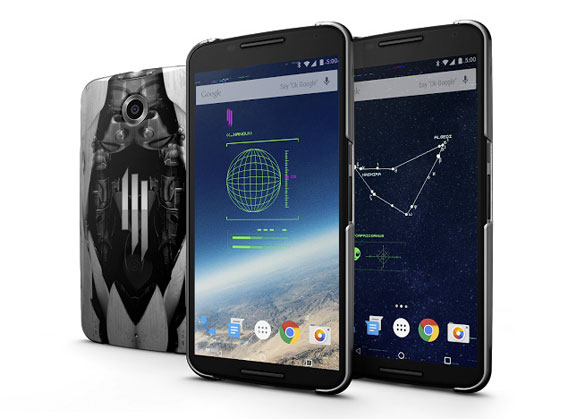 As for the inspiration for the idea, PSFK writes: “The idea for capturing images of our planet and sharing it with others came to Skrillex in a dream when he was a young boy. Aliens had visited his room, he hid from them under his blankets, and now you can purchase these cases inspired by his extraterrestrial encounter for $40.” 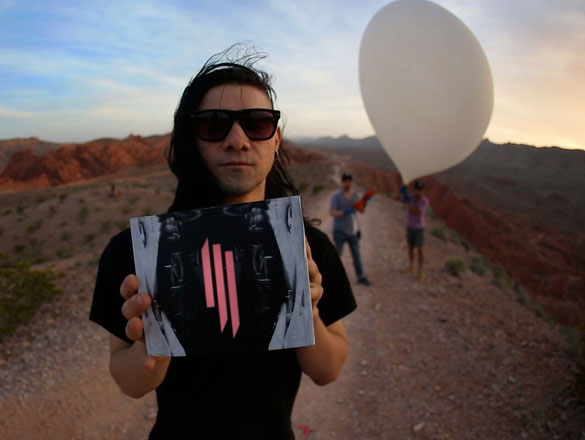 Promotional image of Skrillex with artwork that appears on one version of the phone cases. A baloon can be seen in the background, similar to the baloons used to capture satelite imagery. (Credit: PSFK)

Skrillex’ statement is no shocker to those that follow his music. He uses alien imagery in all of his work.

In an interview with Rolling Stone, Skirllex talked about his interest in the Ancient Aliens theory.

“Maybe ‘God’ was aliens, and they put us here and we learned technology from them. The whole thing is really fascinating. Why not look to the stars? Look beyond this, accept that there’s so much we don’t know and a lot of it could be up there. We’re gonna have this technology in our lifetime. It’s cool to think about. Why not? There’s a ton of astronauts and people at NASA who have spoken about alien existence for years — you don’t see it publicized.” 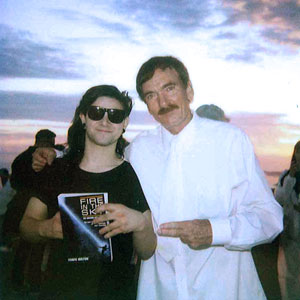 Travis Walton, who believes he may have been abducted by aliens in 1975, and whose experience inspired the 1993 movie Fire in the Sky, was invited to Skrillex’s last birthday bash in Malibu. Apparently this was not the first Skrillex birthday party Walton has attended, and he was not the only UFO related celebrity. Among other celebrities, Geogio Tsoukalos, host of the History Channel’s Ancient Aliens, was also there.

Walton wrote on his Facebook page on January 17, 2105: “Got back from LA this morning after driving all night. Decided to stay up today instead of crashing so I could stay on a normal schedule. Was at Sonny Moore’s (Skrillex) birthday party again. Corey Feldman, Craig Robinson, Georgio Tsoukalos, Tony Hawk, Ryan Cabrera, Gary Bussy and Tara Reid were there.”

“The after party was fun,” Walton added.

The alien encounter inspired phone cases, wallpaper, and app are currently available for a limited number of android phones. There are three different designs, one of which depicts the Earth covered with an alien smiley face. 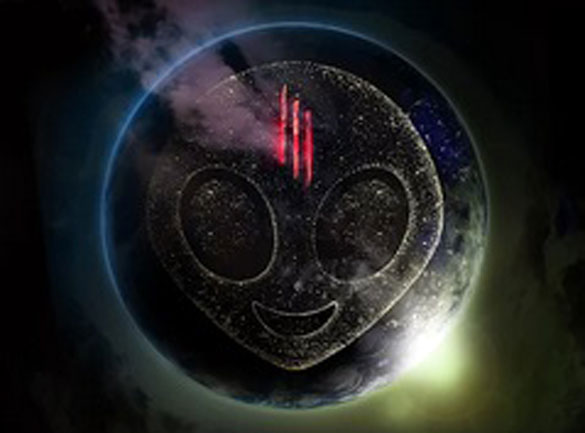 The app will allow users to get exclusive Skrillex content and early access to his next album.

As for Skrillex’s alien encounter, we will have to wait for more detail. I was not able to find a reference to it other than in the article about the cases.