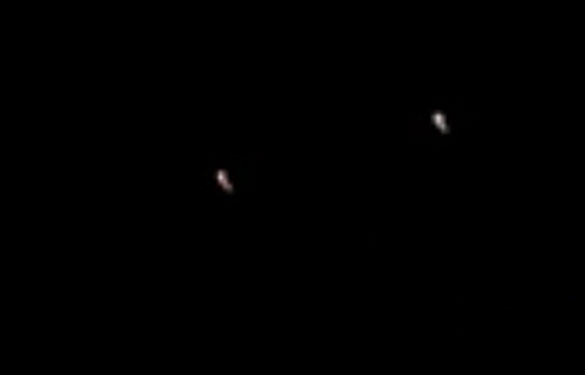 The witness was loading her children into a vehicle for a trip to a haunted house when the objects were first noticed about 7:50 p.m. on October 27, 2012.

“I saw two bright, orange, oval-shaped objects coming through the trees and going straight up,” the witness stated. “My first reaction was to scream and point.” 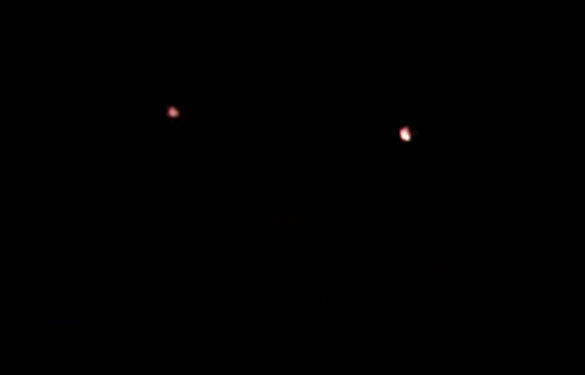 The witness felt positive it was not a plane because the objects were moving straight up.

“I took a picture and tried to get a video, but I was a little shaky and scared. I watched it until I could no longer see it and was scared out of my mind.I know this was a UFO sighting.” 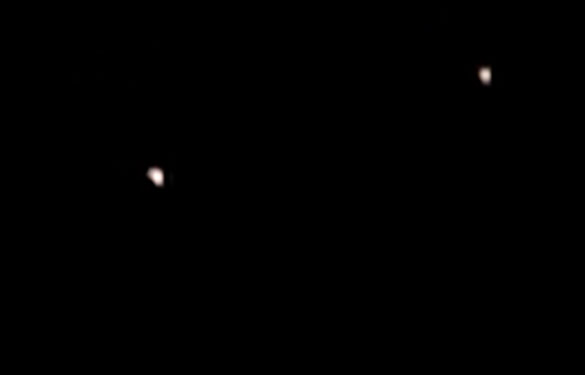 The report indicates the object were seen under 500 feet and less than 500 feet from the witness. Wasilla is a city in Matanuska-Susitna Borough, Alaska, population 8,621. The case was reported to MUFON November 14, 2012, investigated by Alaska MUFON, and closed as an Unknown. 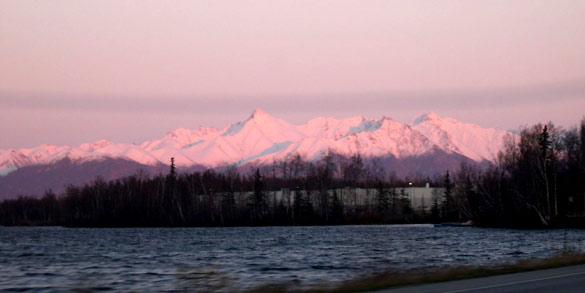