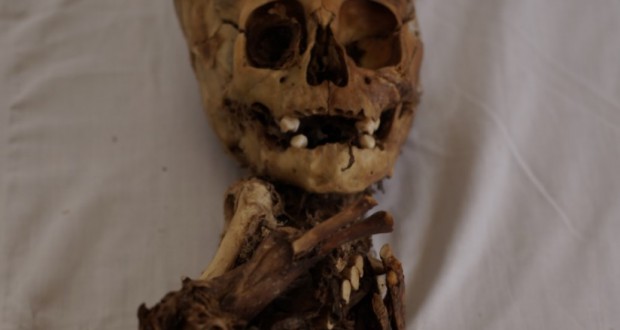 The episode will first cover a mysterious skeleton discovered in Peru in 2011. The skeleton made headlines the following year when analysis revealed unusual DNA sequencing. The media quickly latched on to claims that this could be the skeleton of an alien. According the Science Channel, “Anthropologist Dr. Theo Paredes investigates these shocking claims as forensic analysis reveals that the skeleton was not the victim of disease or ritual cranial deformation. And when tests fail to identify paternal DNA, he is forced to consider the possibility of an extra-terrestrial origin.”

From the desert to the Baltic Sea, the show will dive into the mysterious object discovered resting on the floor of the ocean. The shape of the object resembles the Millennium Falcon from Star Wars and has lead researchers to believe they’ve discovered the remains of a crashed UFO. The mystery deepens as they uncover reports of military UFO records and further UFO sightings in the area. The Science Channel states, “Polish fisherman Mirek Malczewski and five other crew members witness a UFO hovering above the Baltic. The craft has a remarkable similarity to the disc found by Ocean X.”