Home / Articles / UFOs seen over Mexcio City during UFO summit
If I hadn’t seen it with my own eyes I might have not believed it... 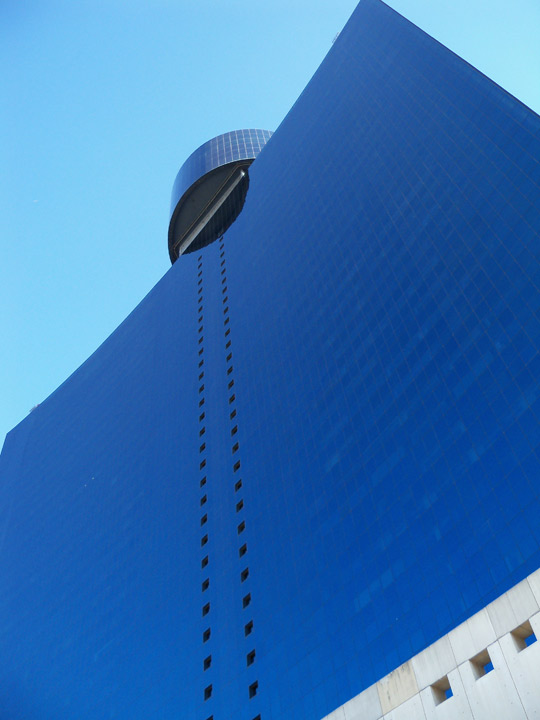 If I hadn’t seen it with my own eyes I might have not believed it, but unknown small white objects were seen and photographed high in the sky for two days, right above the World Trade Center during Mexico City’s large World UFO Summit on March 19-21, 2010. The objects were first spotted Saturday afternoon March 20 by Italian contactee and UFO watcher Antonio Urzi, who was one of the Summit speakers. On Sunday, the objects were followed again by Urzi and also by several of Mexico’s “Vigilantes” (UFO watchers), whose videos are broadcast often by famous TV journalist Jaime Maussan, who was the Summit’s host. Open Minds’ own Alejandro Rojas was also able to film the objects and, although I was unable to catch them on my digital camera, I did see a small, round white object moving slowly high in the sky. I suppose it’s possible that it was just a balloon, but it was too far to say for sure. Moreover, this is not the first time it’s happened at a UFO Conference attended by Urzi—similar events took place in 2009 in Istanbul and at the International UFO Congress in Laughlin, Nevada. 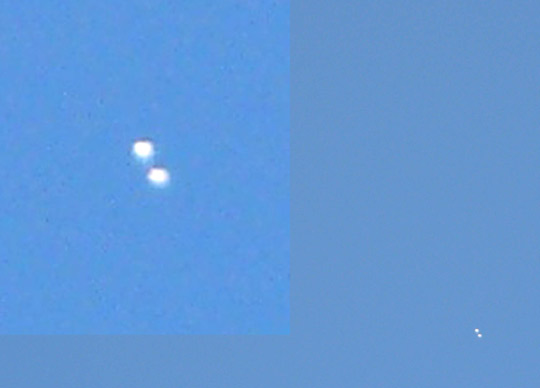 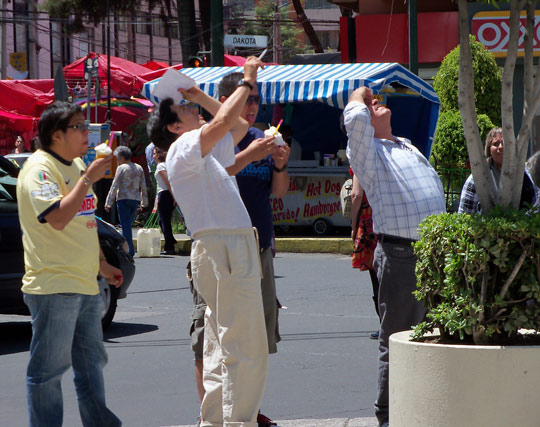 People watching the UFOs over the Trade Center. 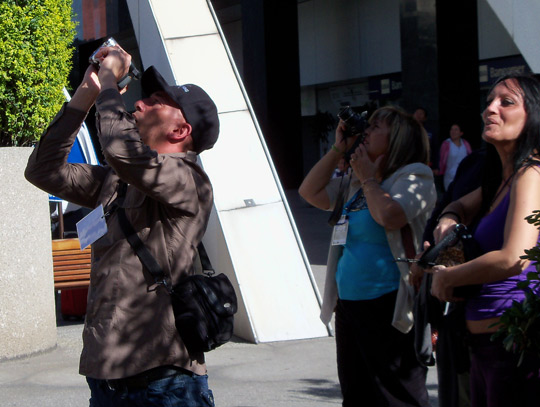 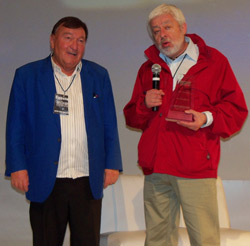 Erich von Daniken being presented an award by Jaime Maussan.

The first panel included veteran ufologists from different regions of Mexico like Rubén Manrique, Fernando Tellez and Luis Ramirez, most of whom were investigating UFO cases back in the seventies long before Maussan appeared on the scene. One of the things that surprised me was the amount of Mothman-type sightings (the term Mothman was coined by the late John Keel for a weird flying creature reported in West Virginia in the late sixties). Perhaps this is not culturally surprising if we consider than Mexico has a long tradition of voladores or flying men since Mesoamerican times, which it’s still practiced with ropes on top of long poles. The second panel was devoted to UFOs and Mexican aviation and consisted of senior air traffic controller Enrique Kolbeck, airliner pilot Raymundo Cervantes Ruano, and Guadalajara pilot Daniel Monraz, who following his UFO sightings became an investigator himself.

Although he participated on a personal and not official basis, Mexico City Airport’s senior traffic controller Enrique Kolbeck was the closest to an official vie of the UFO phenomenon in Mexico. Kolbeck has confirmed the detection of unknown targets at Mexico City International Airport during many UFO sightings in the past. He stated the need for an official investigation of UFOs as it affects civil aviation, as other countries like Chile, Peru and France have. He also noted that releasing balloons—which have often been blamed on UFO sightings in Mexico and elsewhere—can pose a danger to aviation. The potential threat to aviation was highlighted by the next speaker in panel, airliner pilot Raymundo Cervantes Ruano, whose Aeromexico flight 129 between Guadalajara and Mexico City collided with a small unknown object on the night of July 28, 1994. Fortunately, Cdr. Cervantes was able to land safely in Mexico City and no one was hurt. 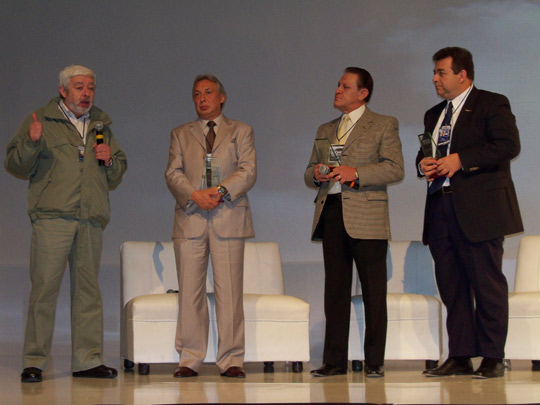 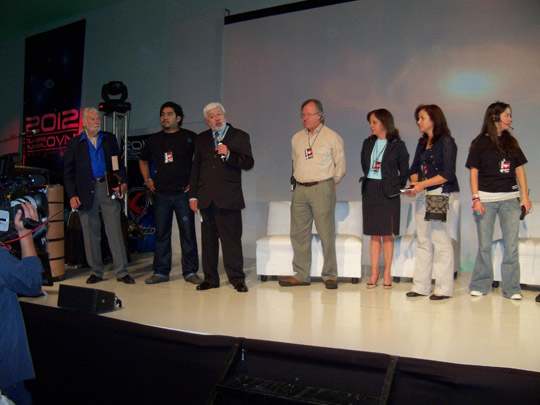 Jaime and Family with Bob Dean (far left) on stage at the closing ceremony. 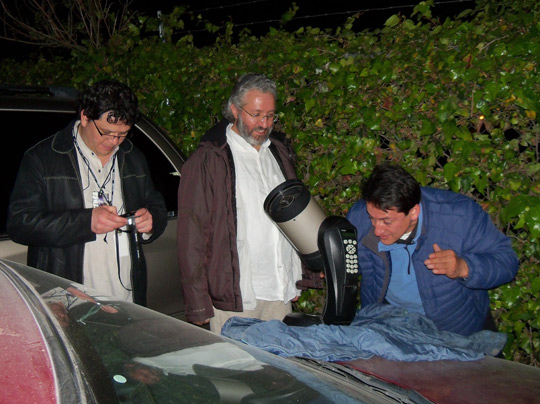