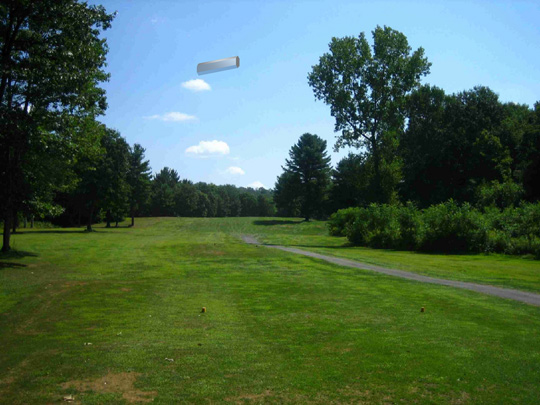 Monday August 21, 1978 (Greenwich N.Y.) – Around 5:15 PM, on a cloudless night, N.B. Sanigalli reported seeing an “unearthly object” in the sky. The box-like craft measured between 150 to 200 feet long, and was clear white/blue in color. There were two lights at the extreme forward end of the craft. The object had no wings, and made no noise. The primary eyewitness described its flight characteristics as “gliding”, and heading in a northwest to northeast direction until it disappeared over a local golf course.  (Source CUFOS files) 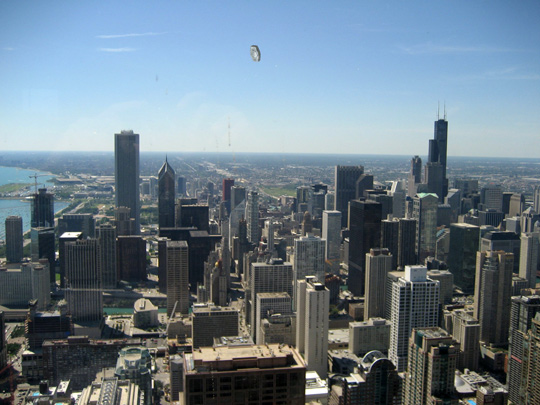 October 6, 1986 Chicago IL – I always arrive at my office about 7:30 AM, and scan the newspaper before attacking the day’s problems. I had just finished doing precisely that routine, when I leaned back in my chair to look out my window (6ft. X 10ft.) to see what weather changes might be imminent (approximately 9:20 AM). Then, I saw peripherally, an object through the vertical blinds. This was not a plane or bird which I constantly see through my vantage point. The shape was completely different from anything I had ever seen before. It passed almost directly overhead (85 degrees) and continued on a straight steady course from east to west. I watched it go by until it was out of my range of vision. I quickly ran to a window, 25 feet away, facing west, to further view this object and possibly get a perspective on it. When I got there, about three seconds had elapsed, and the object was gone. The object was at an altitude estimated to be approximately 2,000 feet. The speed of the craft was between 100-125 mph. The duration of the sighting lasted between 7-9 seconds. (This report was reproduced exactly as it  appeared in the original CUFO file). 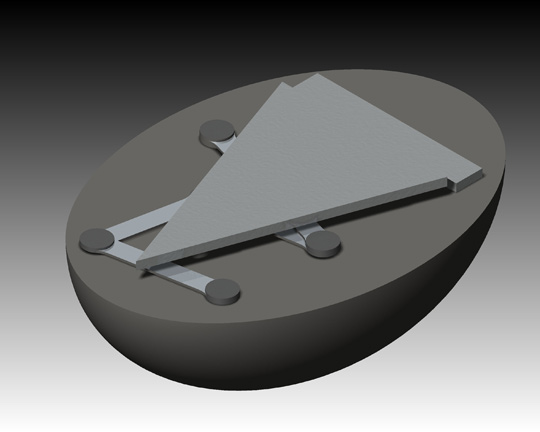 July 25, 1993 Fontana California – While looking at the sky through a pair of binoculars around 4:00 AM, Victor Alvardo was alerted to an unusual object by his friend Jim. The craft was described as elliptical or egg shaped. It looked as though the craft had been cut in half which exposed some of the details on the bottom. It measured 75 feet in length, and 60 feet across. The mechanical components on its lower side consisted of multiple articulating arms, which appeared to be covered by a triangular shaped plate. Both eyewitnesses observed a purple colored flash just before it passed overhead. It was flying at a 10 degree angle, and at a low rate of speed. (Source – MUFON).