Tourist records video of a UFO over South Carolina

A tourist visiting the North Myrtle Beach neighborhood of Cherry Grove in South Carolina saw a UFO on the night of Saturday, October 4.

Mick Rudi noticed the unusual light in the sky, and he grabbed his binoculars to better observe the UFO. He describes the bright round light as being “20 percent the size of the moon,” and he explains that the object hung motionless in the sky.

Perplexed by what he was observing, Rudi grabbed his camera to record video of the strange UFO over South Carolina. 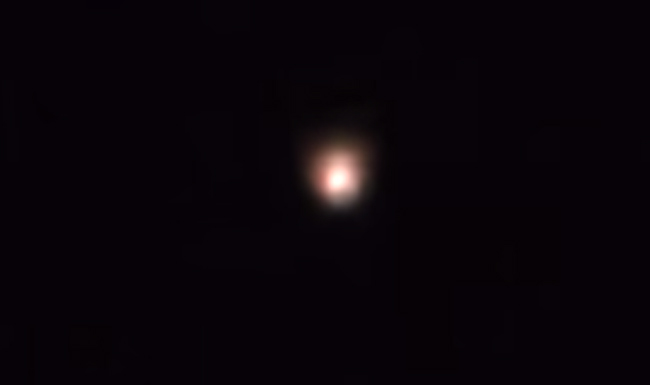 Although Rudi was a visitor to the area, he is no stranger to Cherry Grove, as he has reportedly vacationed there since he was a baby. “You always see lights out there, there are boats and airplanes flying around, but this was nothing of that,” he explains. “The light itself did not illuminate the surface of the ocean which if it was some kind of a flare, it would have done that.”

WPDE NewsChannel 15 took Rudi’s UFO video to aviation expert Jeremy Bass to get his opinion of the unidentified aerial light. “That looked very much like a military jet training and the different color variations appear to be just different heat signatures, as the pilot was asking for different performance levels out of the engine,” Bass opined. And, although Rudi describes that the UFO “gradually got smaller and smaller and disappeared over the horizon, Bass suggests that the object in the video isn’t “actually disappearing, it’s just that that aircraft has now turned and is flying toward the viewer and they’re so far away you don’t see navigation lights.” 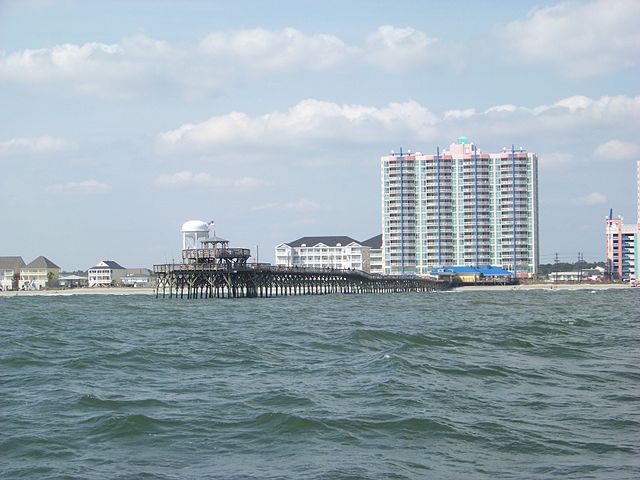 Bass even alleges that he has seen the same thing hundreds of times, and that “It’s not even questionable. You’re looking at a jet out there flying around that they’re so far away, it appears that it’s doing things that it’s not.” WPDE NewsChannel 15 reportedly spoke with another aviation expert who echoes Bass’s strong opinion that the object in Rudi’s video is “definitely military.”

But, according to WPDE NewsChannel 15, Rudi isn’t buying the military jet explanation. He believes what he observed was other-worldly.

South Carolina’s Myrtle Beach area has been a hot bed of UFO activity in recent years. But, although there have been several photos and videos captured showing unexplainable objects over the area, tourist beaches like this also see their fair share of sky lanterns. These mini hot air balloons, also known as Chinese lanterns, could potentially be what Rudi observed. The color changes noted by Bass could actually be nothing more than an illusion created by the camera as it attempts to focus on the bright object. And Rudi’s description of the object getting smaller and disappearing could be explained by a sky lantern’s fuel cell expiring.

But the sky lantern identification is just one of many possibilities. It seems hasty for two aviation experts to definitively identify an object as a military aircraft based on a video that shows an out-of-focus light in the sky, recorded with a shaky, hand-held camera.

Do you think Rudi’s video clearly shows a military jet? Could it be a sky lantern? Or do you think, as Rudi does, that the object seems more mysterious than that? Share your thoughts with us by leaving a comment below, or by posting on the Open Minds Facebook page.