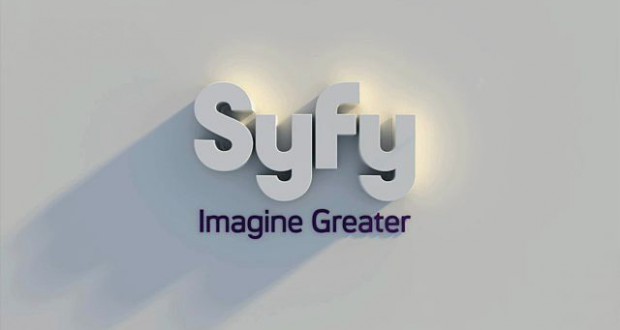 Syfy documentary to reveal the truth about aliens on the Moon

Conspiracy theories about Earth’s moon persist forty-five years after the first human visit to the Moon.

Some believe that the Moon landings never occurred, but instead were staged. Others believe humans have been to the Moon, but were warned to stay away by lunar residents. But, thanks to Syfy, the veracity of the claims about aliens on the Moon may finally be revealed in an upcoming two hour documentary titled Aliens on the Moon: The Truth Exposed. 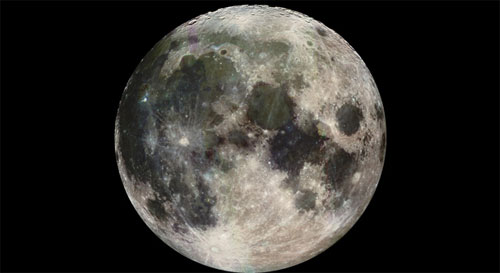 Film news website Twitch reports that the producer of this documentary is Robert Kiviat, a producer known for UFO related content. He was a content producer for several episodes of the popular SyFy program Fact or Faked: Paranormal Files. He also produced the television special Alien Autopsy: (Fact or Fiction?).

ALIENS ON THE MOON: THE TRUTH EXPOSED

LOS ANGELES (July 07, 2014) – Syfy will host the world premiere of ALIENS ON THE MOON: THE TRUTH EXPOSTED, a two-hour event documentary special on Sunday July 20, 2014.

July 20, 2014 marks the 45th anniversary of man’s first landing on the Moon. We’ve all seen the footage and know the “official” story from news reports, the Internet and for younger viewers, from the history books. But what haven’t we been told about Earth’s closest neighbor? What really happened on that historic day? What did our astronauts encounter on the lunar surface? And what don’t our world’s governments want us to know?

In this controversial special we will look at compelling evidence – including never-before aired NASA photos showing gigantic artificial structures – suggesting the Moon is being used as a base, and possibly a staging area, by a mysterious race of alien beings. We will hear from experts, as well as astronauts who have walked on the moon, and we’ll reveal new facts and proof for the first time anywhere. Also, viewers will see dramatic 3-D flybys of the lunar constructions derived from the actual NASA data, and get an exclusive look at footage of a purported “female” E.T. supposedly recovered during a secret U.S.-Soviet mission to the Moon in the 1970s.

Among the many shocking topics covered in the Special will be:

· Photos showing the undeniable existence of what look like installations, factories, saucers, hangers and huge satellite dishes, possibly trained directly on planet Earth. Viewers will learn that many of the extraordinary signs of an alien lunar presence exist hidden from view, on the far side of our Moon.

· A gigantic structure resembling a “Nuclear Power Plant Cooling Tower” rising from the floor of a perfectly round crater or “dish.” Located nearby, another large structure with a mile-long “pipe” extends out of it on a 45 degree angle and casts an obvious shadow.

· Apollo 11 astronaut Buzz Aldrin’s startling interview where he reveals that a UFO followed the spacecraft for three days on its way to the historic moonwalk, and that a baffling “Monolith” has been photographed by NASA on Mars’ moon Phobos. Aldrin also assesses some of the lunar photos that strongly suggest alien structures have been detected on our Moon.

· Apollo 14 astronaut Edgar Mitchell’s adamant contention that he knows for sure UFOs are real, that there is an alien presence visiting the Earth (and the space around us) and the U.S. government has been aware of it for several decades.

· Unidentified objects (dubbed “X-Drones” by researchers) that appear to be carving long, deep tracks many miles across the lunar terrain.

· Other “towers” that rise many miles up from the lunar surface (higher than anything made on Earth), photo evidence of a massive excavation operation on the Moon and telltale signs the picture may have been altered to hide the truth.

· Extensive “pipelines” crossing over the crater rims, in and out, and bridges spanning massive lunar canyons.

· A riveting Apollo 8 film showing what appears to be a huge “Smokestack” on the Moon – thousands of feet tall – releasing a “jet-like” cloud as the spacecraft passes over it.

· Russian Space Agency lunar orbiter photos of a 20-mile high “spire” clearly sticking straight up from the Moon’s surface, as well as a partially destroyed “dome.”

· Former NASA Photo Manager and “whistleblower” Ken Johnston’s claim that he screened an Apollo 14 film for a NASA astronomer showing five domed lights inside a crater, with one releasing a plume of steam. He says the key sequence was later spliced out! Johnston also reveals that during the Apollo 11 moonwalk, astronaut Neil Armstrong switched over to the medical channel to alert mission doctors, “Alien spaceships are parked around the rim of a crater, watching us!”

· Oil company executive Vito Sacchari’s exclusive TV interview where he tells his dramatic story of how he pressured NASA into letting him study 2000 lunar photos in 1979 which clearly contained massive alien structures on the moon.

· Defense Department expert Dr. John Brandenburg’s warning that all the pictures of “constructions” on the Moon presented in the Special – including a miles-wide rectilinear “Complex,” a “Capsule,” and gigantic “wheels, huts or domes” with a platform above them – are more suggestive that “someone” is building a forward “base” than the photos that triggered the Cuban Missile Crisis. He adds the U.S. military must perceive this as a real threat, so close to us.

· A mysterious film reportedly showing a “female” alien aboard a landed lunar module after allegedly being recovered during a secret U.S.-U.S.S.R. mission to the Moon to examine an enormous fuselage-like structure photographed by Apollo 15.

The Special also features intriguing evidence that there could be a wider alien presence, such as footage of UFOs in our skies and in space, a gigantic “planet-sized disc” pulling plasma from the Sun, a “Lunar Factory” reportedly photographed by a Chinese Satellite in 2011 and images of a possible “Alien Moon Base” that made world headlines earlier this year. Also, a lunar “pyramid” photographed by NASA that’s almost identical to those found in ancient Iraq will be analyzed, as will the possibility the same alien race that might have helped ancient cultures advance could be the ones who erected structures on the Moon and are monitoring mankind for some unknown purpose.

As the press release indicates, Aliens on the Moon: The Truth Exposed will air on Sunday, July 20, 2014. But, according to Syfy’s schedule, this special will air multiple times, so check your listings. 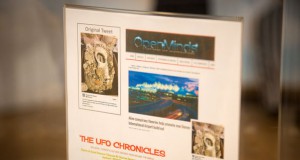 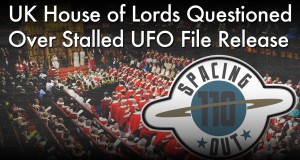 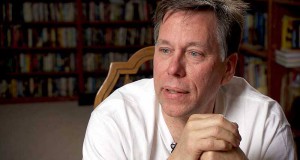