*** UPDATE: This article was removed shortly after it was originally published to make minor changes to the “Project Aquarius” document, so it would better reflect the descriptions from Dan Burisch. The adjustments have been made, and access to the document has been restored. *** 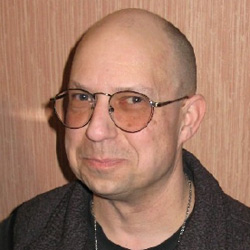 Dr. Burisch was interviewed extensively by Open Minds researcher Michael Schratt on the minute details of Burisch’s claimed interactions with an extraterrestrial named “J-Rod,” who was housed in a secret underground base at Area 51 referred to as S4. Schratt’s full report is now available below.

Area 51 is located in the Nellis Air Force Base military operations area and has long been suspected as a facility used to store extraterrestrial craft and debris retrieved by the U.S. Air Force. Area S4 is reportedly housed under nearby Papoose Mountain. Using Burisch’s descriptions, Open Minds has created a never-before-seen fully illustrated reconstruction of the multi-layered base, including each level’s complete contents.

Some of the projects Burisch describes in the report are “Project Looking Glass,” the U.S. government’s investigation into the feasibility of determining probable future events. Also, covered is the ancient Sumerian connection to man-made stargates operated at Area S4 and their connection to the 2003 invasion of Iraq.

The article provides Burisch’s explanations to the following perplexing questions: Who are the extraterrestrials? Where do they come from? Why are they here? And Burisch’s detailed accounts as to how J-Rod and its associated craft eventually ended up at Area S4.

Please note that Dr. Dan Burisch is also known as Dan Crain and both names are used in the document, but refer to the same individual.

View the document in its entirety for FREE here: Project Aquarius – File size: 20 MB, it may take some time to download with slower connections.

*The document is in the Adobe PDF format. You will need the free PDF reader to view the document. You can download the latest viewer for free here: Adobe PDF Reader.

Some images/illustrations in the document were created by Mark McCandlish and provided by Stargate Productions.