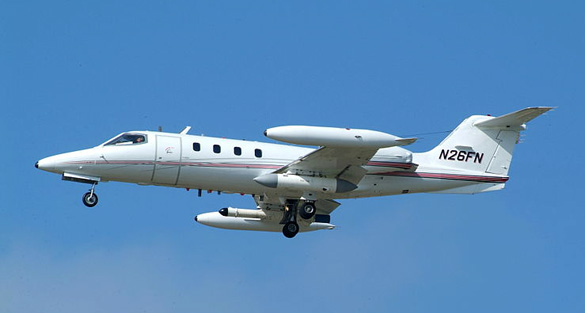 A defense journalist with an interest in UFOs was able to do some digging after an anonymous tip and retrieve an audio file of the communications between air traffic control and two pilots during a UFO encounter on February 24, 2018. The sightings occurred over Arizona and New Mexico and news of the event has made worldwide headlines. One of the pilots has come forward to share his experience.

Tyler Rogoway, a defense writer for The War Zone section of a website called The Drive, was first made aware of this incident via a tip from an anonymous source. Rogoway told Open Minds UFO Radio, the email he received seemed credible. The source was “speaking very solidly like he knew what he was talking about.”

The source told Rogoway, “we were transiting the area, and we heard these wacky communications, and it weirded me and my co-pilot out and we have no idea who to ask, so if you can look into it, that would be great.” 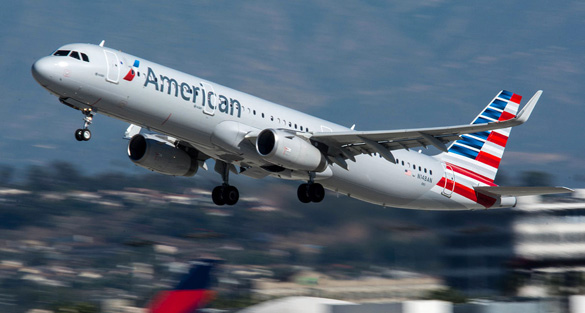 American Airlines Airbus A321 at LAX. This is the type of aircraft involved with the sighting. (Credit: Glenn Beltz/Wikimedia Commons)

Rogoway did some digging using flight tracking tools that can be found online and narrowed down the location, date and time the incident likely took place. Once he felt he had enough information, Rogoway decided to contact the FAA’s Albuquerque Center to find out if they knew more. Rogoway was able to get in touch with the head manager at Albuquerque Center who Rogoway says was very cooperative.

The manager had not heard of the incident, but he looked into it and found audio of the pilot and control tower communications. He then sent it over to Rogoway who was surprised how easy the process was. Rogoway has experience requesting information from the FAA, and it is usually a longer process. He is not sure if the agency is more open about these topics since the Department of Defense revealed they took UFOs seriously, or if he just talked to the right person. 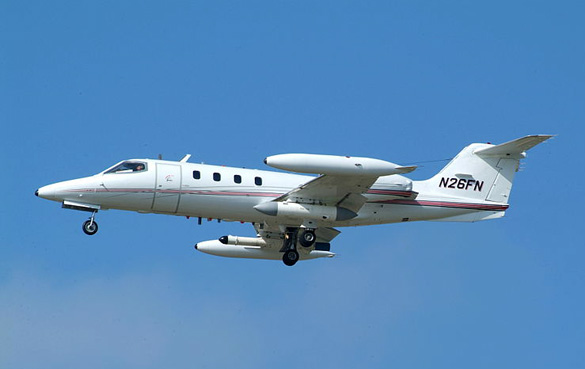 A Learjet 36. The same model of craft involved with this UFO incident. (Credit: Jerry Gunner/Wikimedia Commons)

The audio he received is exciting. The incident lasted about six minutes and involved a Learjet owned by Phoenix Air and an American Airlines Airbus.

The audio begins with the Learjet pilot asking air traffic control, ”Was anybody, uh, above us that passed us like 30 seconds ago?”

The pilot responded, “Okay. Something did.”

Then an unknown voice blurts, ”A UFO!”

The pilot laughed and replied, ”Yeah.”

A few minutes later, the FAA controller asks an American Airlines flight in the area to keep a lookout for the object.

“American 1095, uh, let me know if, uh, you anything pass over you here in the next, uh, 15 miles,” the air traffic controller radioed.

“American 1095, affirmative,” the controller added. “We had an aircraft in front of you that reported something pass over him and, uh, we didn’t have any targets. So just, uh, let me know if you see anything pass over you.”

The Learjet pilot then speaks up again, adding: “I don’t know what it was, it wasn’t an airplane, but it was…the path was going in the opposite direction.”

A little time passes in the audio before the American Airlines pilot comes back on stating he spotted the object.

“It’s American 1095. Yeah, something just passed over us,” the pilot said. “I don’t know what it was, but at least two-three thousand feet above us. Yeah, it passed right over the top of us.”

Albuquerque Center then asked the pilot to describe what he saw.

“Can you tell us if it was in motion, or just hovering?”

“I couldn’t make it out if it was a balloon or whatnot, but it was just really beaming light or had a big reflection and several thousand feet above us going the opposite direction,” the pilot replied.

Someone then asked the pilot, ”was it a Google balloon?”

The anonymous jokester from earlier then blurts out again, ”UFO!”

Rogoway posted his article on this event on March 8, 2018. He includes some analysis and cautions that there are high altitude balloons launched every day over the U.S. He wrote, “the regulations surrounding their operations don’t necessarily mandate the launching party contact the FAA or provide a radar reflector or a transponder.”

“But even with these possibilities in mind,” Rogoway adds, “the pilots don’t sound that convinced that the object they saw was simply a balloon passing by, and there seems to have been some sort of combined closure rate involved as well.”

Soon after Rogoway posted his story, the Phoenix New Times picked up the story. They also requested the audio and received a copy. The story then sat dormant until March 26, 2018, when The Huffington Post ran an article. Soon after, dozens of stories began popping up. CNN posted their version on March 30, 2018. Unfortunately, many of these outlets do not credit Rogoway, and CNN claims “authorities said it was a weather balloon.” However, they do not say what authorities make this claim, and Rogoway reports he is not aware of any authorities making such a claim.

Amid the flurry of articles on the case, one of the pilots came forward. Blenus Green, a retired B-1 air force pilot, lives in Abilene, Texas. Abilene news station KRBC TV interviewed him on March 29, 2018. He says he was flying the American Airlines Airbus when the sighting took place. Green remembers they were over Roswell, New Mexico on their way to Texas when they were asked to look for the object spotted by the Learjet. 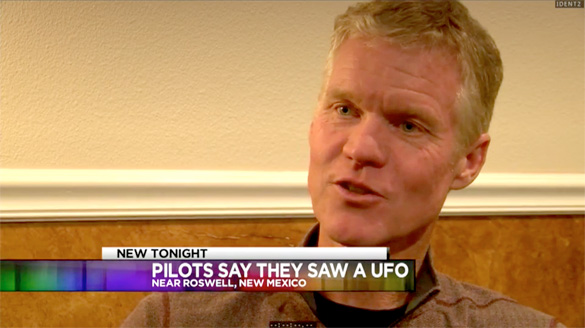 “Albuquerque Center asked us if we could look and just be on the lookout and see if we see anything, and I’m like ‘okay.’ So, sure enough, I was looking out the windscreen because I wanted to see if it was there and yeah, I did. I saw it,” Green said.

“It was very bright but it wasn’t so bright that you couldn’t look at it,” Green explained. “You know, you almost wanted to look at it to try to figure out what it was. It didn’t look anything like an airplane. You know, most airplanes, you’re going to see some kind of wing surface, some type of a tail, really no matter what type of airplane it is.”

Green thought the object was odd.

“What was weird about it, normally, if you have an object and the sun is shining this way, the reflection would be on this side, but this was bright all the way around. It was so bright that you really couldn’t make out what shape it was,” Green said.

Although he didn’t know what it was, he wasn’t frightened, claims Green.

“I wasn’t scared at all, I was just really fascinated by it. Just trying to figure out what it was because it was so out of the ordinary.”

Although this story is the one that has gone viral, Rogoway also wrote about another UFO investigation he undertook. This case included many more witnesses and radar data. We’ll have more about this case in an upcoming article. Until then, you can listen to the Open Minds UFO Radio interview with Rogoway below, and visit his page on The Drive’s The War Zone here.