Home / Blog / Win a Copy of the Fourth Kind on DVD

Win a Copy of the Fourth Kind on DVD 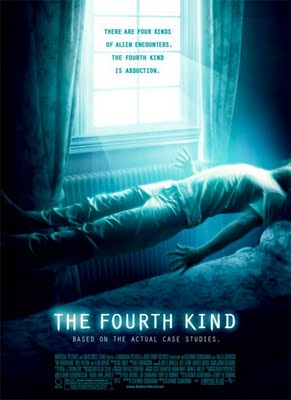 Enter to win by joining the Open Minds email newsletter – just enter your email address in the mailing list box here. if you’re already on the list, you’re automatically entered to win.

The Fourth Kind has been called “the most shocking alien abduction movie to date.” The movie directed by Olatunde Osunsanmi stars Mila Jovovich as Dr. Abigail Tyler who discovers a common theme of alien abduction in her patients during a sleep study in Nome, Alaska.

“In remote Alaska, citizens have been mysteriously vanishing since the 1960s. Despite multiple FBI investigations, the truth behind the phenomena had never been discovered-until now.”

The drawing will occur at random on April 16, 2010 and the winner will be announced during Open Minds Radio show with guest Paul Davies. The winner will also be notified via email.

You can read Maurizio Baiata’s review of the Fourth Kind here: The Fourth Kind: Pulling the strings of the abduction phenomenon (may contain spoilers).