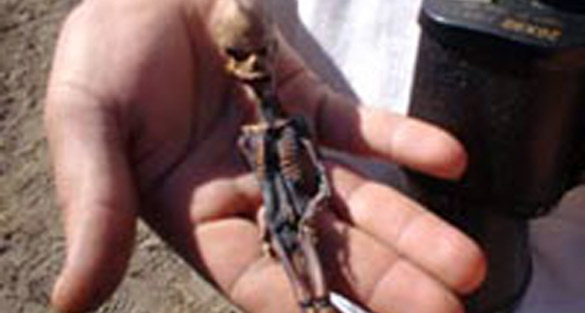 The recent press release about the UFO documentary Sirius which will feature Dr. Steven Greer and his research on a tiny ET they call the “Atacama Humanoid,” caused quite a bit of stir after it was published in several websites, including our own. What most American ufologists didn’t realize, however, is that this case from Chile’s northern Atacama Desert region is not new and was covered in the Chilean media shortly after its discovery in 2003.

The little ET was found in a ghost town called La Noria, which was once a boom town of the nitrate industry that flourished in this region prior to World War One, when the Germans invented synthetic nitrate. According to a report published in the newspaper La Estrella de Arica on October 19, 2003, written by journalist Camilo Aravena Arriagada, “it all started on a winter morning when a local man from the pampa, Oscar Muñoz, was following his hobby of collecting tokens, bottles and other objects of historical value in the ghost towns from the nitrate era.” Muñoz went specifically to a ghost town called La Noria, located 56 KM to the interior of the provincial capital of Iquique. 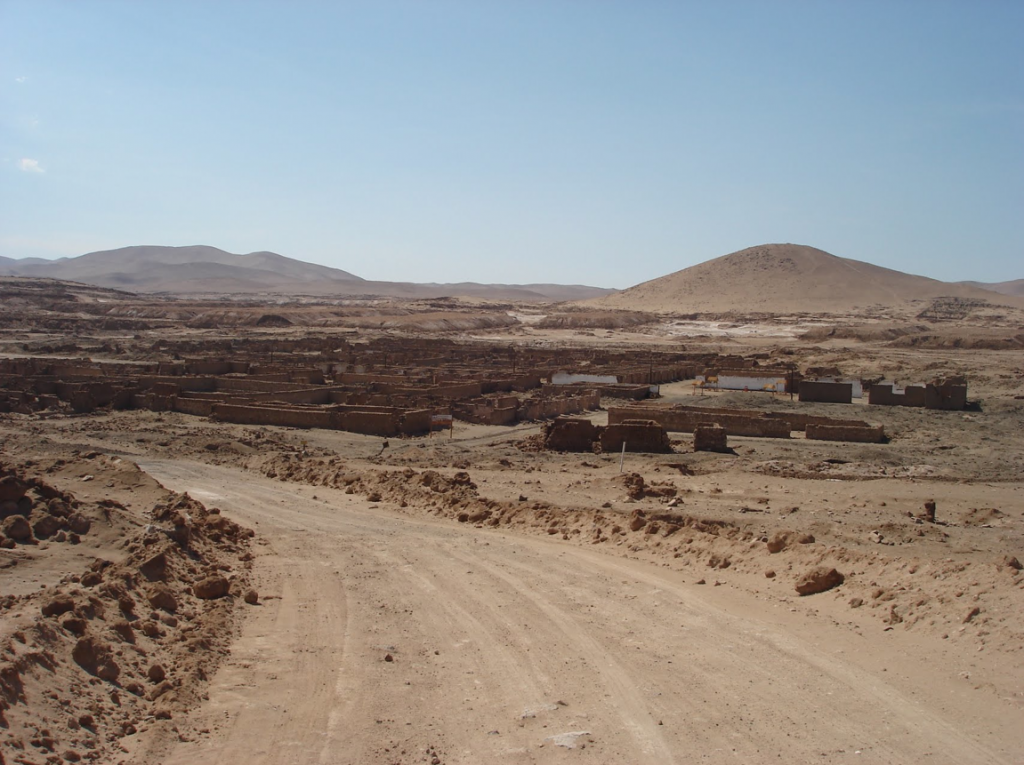 General view of the ghost town of La Noria in northern Chile, where the alleged ET skeleton was discovered in 2003. (Credit: Alberto A. Espinoza) 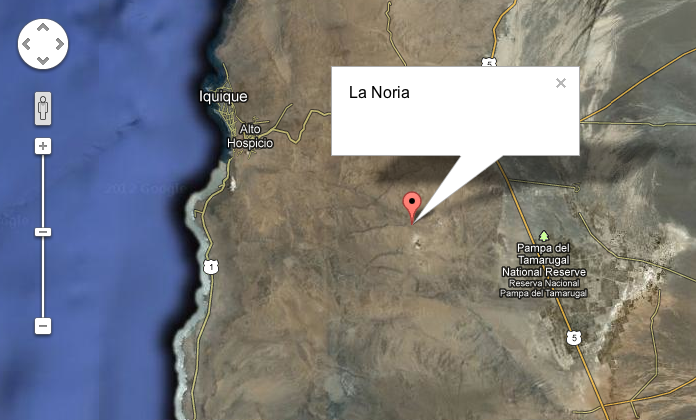 As Muñoz dug in the area around La Noria’s abandoned church, he came across a white cloth tied by a violet ribbon, finding inside “a strange skeleton no bigger than 15 cm [the size of a pen]. It was a creature with hard teeth, a bulging head with an additional odd bulge on top. Its body was scaly and of dark color. Unlike humans, it had nine ribs,” stated the article in La Estrella de Arica.

Alejandro Dávalos, a local worker who was friends with Oscar Muñoz, took a photograph of the creature, and the case received some attention after the story and photo was published in Chile’s mass circulation tabloid La Cuarta. This paper is notoriously sensationalist so it must be taken with a grain of salt. Their headline on October 9, 2003 was, “Discovery of a horrible dwarf extraterrestrial causes commotion in Iquique!” The story was very tongue in cheek, but it did reveal that the ghost towns of La Noria and Humberstone are well known for paranormal activities.

The article by Aravena in La Estrella traced the early history of the creature. Muñoz sold it to a local businessman who owns a pub in Iquique for 30,000 pesos (about $64 in current exchange, it might have been a little more in 2003). The new owner then proceeded to charge money for taking pictures of the alien. The creature itself was eventually sold to a Spanish businessman for a much larger fee and taken to Spain, where it disappeared from public discussion. Although I am not familiar with the details of the transaction, it is likely that Dr. Greer found out about the creature during a very high profile Exopolitical Symposium near Barcelona in 2009, where he was one of the feature speakers. 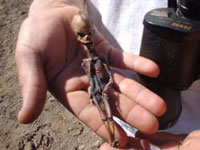 Aravena quoted several ufologists and one scientist, who gave their preliminary assessments. The first impression was that the creature could be an early fetus, but this was dismissed by Mario Pizarro, who represents Chile’s UFO research group AION in the north. “Nobody has done a serious investigation to determine what it is,” said Pizarro, “but I don’t think it has anything to do with a four month-fetus. My own personal opinion is that it’s something very strange. I can’t say that it’s an extraterrestrial.” Pizarro also confirmed that this area of La Noria is rich in paranormal experiences.

My old friend Rodrigo Fuenzalida, who is the director of AION in Santiago and probably Chile’s best known ufologist, was far more skeptic after seeing the creature in Iquique. He stated that, “after seeing the figure at close range, I was able to notice something that looked like the remains of an umbilical chord. A visible mark on the left parietal area could have molded the head and bulge to what it now looks. This case is an enigma that should be analyzed by professionals in the fields of medicine and biology, but I don’t think it has anything to do with a UFO case or with ET beings.”

A biologist from Arturo Prat University, Dr, Walter Seinfeld, was even more skeptical. He told the Arica newspaper that, “without a doubt it’s a mammal and I am almost sure that is human,” although he clarified that he can’t give more definitive opinion without examining the creature.

That was basically the initial coverage of Chile’s so-called La Noria ET. We will soon see what kind of scientific backing is presented by Dr. Greer in the new documentary Sirius.

The original article in Spanish in La Estrella de Arica can be read here.

An article about paranormal activities in La Noria and Humberstone can be accessed here.