An astronomy professor at Sacramento State delivered a public lecture last night on the topic of extraterrestrial life. 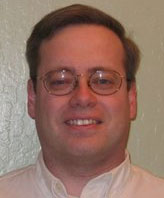 Christopher Taylor, an astronomy professor at California State University, Sacramento (also known as Sacramento State), delivered a public lecture last night on the topic of extraterrestrial life. His lecture, “Searching for Life in a Big, Empty Universe,” discussed astrobiology and how science is being used to search for extraterrestrial life in the universe. Dr. Taylor pointed out that, while life is unlikely to exist in harsh environments like the surface of Mars, “Through the use of spacecraft and advanced technology, NASA is now searching for signs of life on Mars below the surface.”

The lecture was supposed to be accompanied by night sky observation through the university’s telescopes, but this was prevented by cloudy weather. The public will get another chance though, as Dr. Taylor said he plans to host another public observation night later this year.

While the turnout for this event was small, Dr. Taylor was pleased with the event. The State Hornet, the university’s newspaper, quotes Dr. Taylor as stating, “I get to teach a class about aliens and get paid.” Attendees were engaged by his presentation, and asked questions following the lecture.

The topic of extraterrestrial life is becoming more common at universities across the U.S., and around the world. The search for extraterrestrial life is gaining support from mainstream scientists, and major research institutions are taking an active role. And more universities, like Sacramento State, are hosting lectures on the subject, which helps to spark the interest among students, and encourages the next generation of scientists to open their minds to new ideas about life in space.