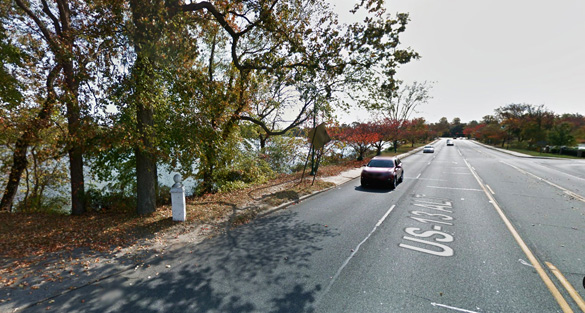 A Delaware witness near Dover out watching the setting sun with his wife and kids reported a “large rectangular silhouette stationary with respect to the setting sun that was far too large to be an airplane or other conventional craft,” according to testimony in Case 65598 from the Mutual UFO Network (MUFON) witness reporting database.

The couple and their kids were sitting outside in the countryside watching the setting sun at dusk on May 2, 2015, with a position overlooking an open, flat field. 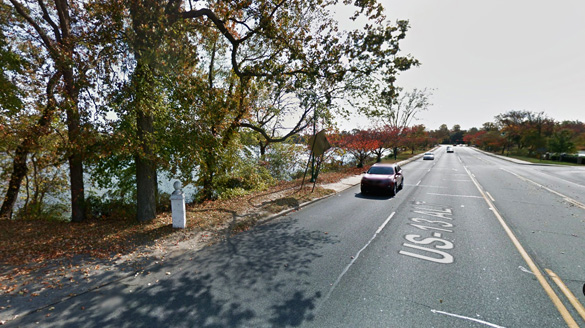 The witness believes he has ruled out blimps and other known objects of the rectangle-shaped UFO seen on May 2, 2015, near Dover, DE. Pictured: Dover, DE. (Credit: Google Maps)

“My wife and I both caught the silhouette of an opaque, rectangular object against the sun,” the witness reported. “The object’s ratio was approximately twice as long as it was tall or high. At first, we thought it was an airplane or blimp. We live close to the Air Force base that commonly has C-5 Galaxy cargo planes traveling to the west.”

The witness also ruled out blimps.

“We have never seen a blimp in this area, but from the size of the object, a blimp at the right distance could have been large enough, although not the right shape. This was far more angular than a classic blimp shape.”

The witness stated that they expected to see the object moving.

The size of the object did not change.

“Its apparent size did not increase or decrease with time either as you would expect with an object such as an airplane that is either directly receding from or heading straight at you. The object’s apparent size was approximately the size of a tic-tac held 12-18 inches in front of your face, but more rectangular than rounded and as stated previously, was completely black against the sun without any indication of lights, wings, fins, landing gear, engines, or any other common aerospace vehicle features.”

The object’s position was watched as compared to the sun.

“The object’s position with respect to the sun was centrally located with a slight position to the east north-east quadrant of the sun. During observation, its position against the sun did not change even as the sun was setting.”

The couple then decided to move to a different location for a better view.

“My wife suggested that we travel to a different road to get a better view. We got back in the car and moved about five miles and got out and observed it again as having the same relative size, shape and orientation with respect to the sun. The sun was approximately 5 degrees over the horizon and I was now convinced that this was not a normal sight.” 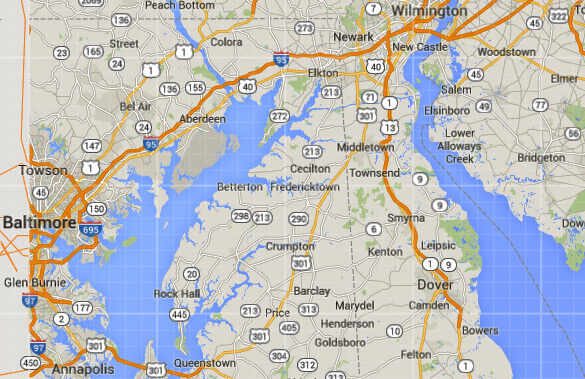 The witness attempted to get a photo of the object without success.

“I tried to get a picture of the object with the phone’s camera, but couldn’t get the camera to focus on the object against the sun. I’m not sure if the camera lens was smudged or wasn’t able to resolve the image against the direct sun. Within 30 seconds, the sun had fully dropped below the horizon and the object was no longer visible. I now regret not having taken a video or a picture.”

The witness believes that the object may have been outside the Earth’s atmosphere.

“In my opinion, I do not think the object was in the Earth’s atmosphere. If it was, its motion would to have been such that its apparent size did not change for 20 minutes and was moving in such a way to stay perfectly synchronized with the position of the sun from our vantage point. I believe that it was an extremely large object closer to the sun than the Earth. I do not believe that this could have possibly been an airplane.”

“I would be very interested to know if anyone else had observed the object and their estimation of the size, shape, motion and position. A secondary viewpoint would help to identify the size and distance via triangulation and verify what we observed. This was a very unusual object.”

Dover is the capital and second largest city in Delaware, population 36,047. Please remember that most UFO sighting can be explained as something natural or man-made. The above quotes were edited for clarity. Please report UFO activity to MUFON.com.