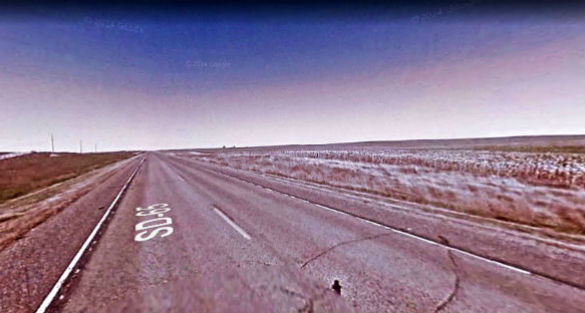 A South Dakota witness at Dupree reported watching a disc-shaped object with a single light source that split into two objects and moved away, according to testimony in Case 84235 from the Mutual UFO Network (MUFON) witness reporting database. 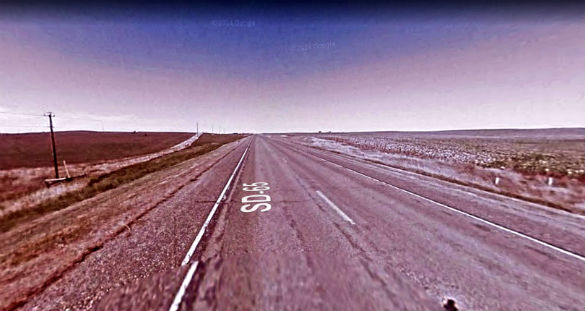 The witness first thought the object might be a plane. Pictured: Highway 65 near Highway 212. (Credit: Google)

The witness was driving home from Rapid City to Wakpala along Highway 65 about two miles north of Highway 212 at 3:30 a.m. on May 29, 2017, when the incident occurred.

“I noticed the object on my left and thought it was a plane,” the witness stated.“It appeared as a white circle. But I noticed it had only one source of light – not like a plane with many lights. First instance appeared to be a plane, but it became obvious it wasn’t a plane. Jets do not go that way. Small planes do not fly that high. The first thing we generally notice with small planes is their flashing lights. This did not have flashing lights.”

The witness also commented about the lack of airports in the vicinity.

“There is no airport in that direction for hundreds of miles, so it can’t be a small plane I thought. It is open prairies and uninhabited. Within a hundred-mile radius there is just a few hundred-people living there. It was a circle-shaped, white, bright object. It was a clear night with no cloud coverage, no visibility restriction at all. It was moving from northwest to southeast.” 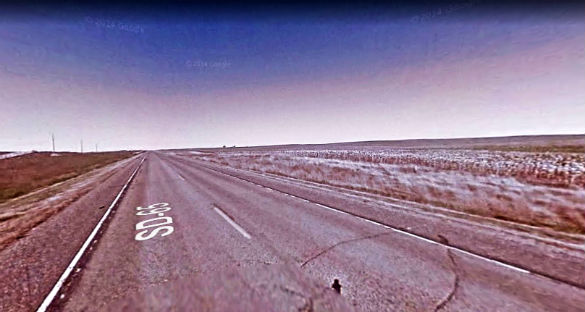 The object was lit white with no blinking lights. Pictured: Highway 65 near Highway 212. (Credit: Google)

But then the object moved rather close to the witness.

“When it came close to the road where I was driving, closest to me, it split into two objects and changed color to bright orange. Both objects sped up in the same trajectory and disappeared from my field of view. I was curious. I stopped the car, got out to look when I knew it wasn’t a plane. I was going slow, so took me a couple of seconds to stop. It vanished incredibly fast when it split and did the orange glow. It vanished intothe same trajectory once it split.” 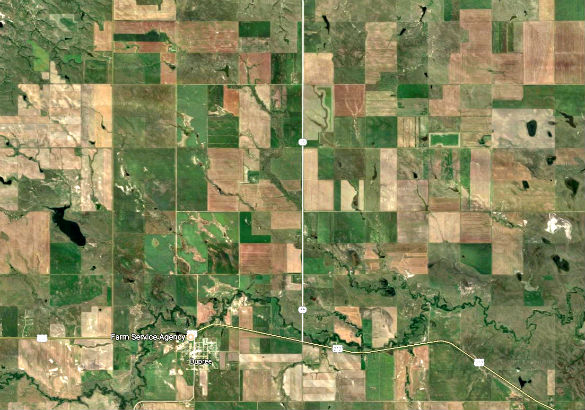 The object split into two objects when it appeared close to the vehicle. Pictured: Highway 65 near Highway 212. (Credit: Google)

Dupree is a city in Ziebach County, South Dakota, population 525. South Dakota MUFON State Director Jim Klancnik investigated and closed this case as an Unknown. No images or videos were included with the report, which was filed on June 7, 2017. Please remember that most UFO sightings can be explained as something natural or man-made. The above quotes were edited for clarity. Please report UFO activity to MUFON.com.