The Indiana witness near Clinton who recently recalled a UFO incident from 1994 when a slow moving, triangle-shaped UFO moved low over a government installation while he was conducting security work, has named the Newport Chemical Depot as the site during an interview with Indiana MUFON Field Investigator Ned Delaney, in Case 66660 from the Mutual UFO Network (MUFON) witness reporting database.

The witness stated that he was on patrol at the Newport Chemical Depot near Clinton, Indiana. The witness was working a midnight shift with a partner on a routine patrol of the perimeter fence line installation about 2 a.m. in September 1994 when the object was observed. 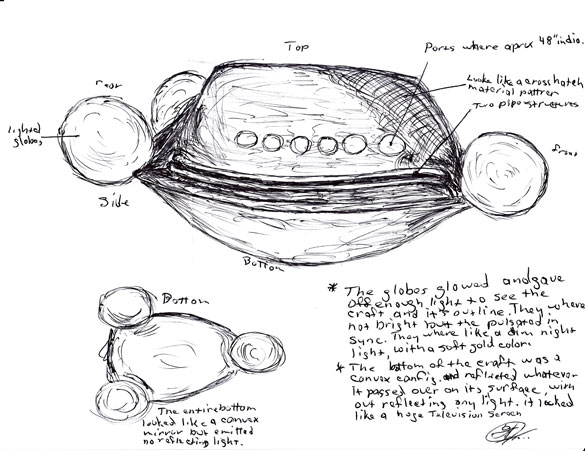 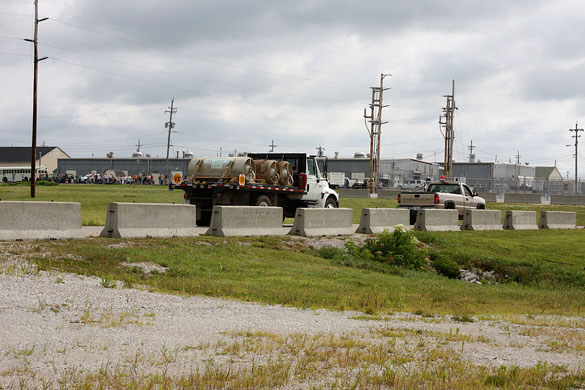 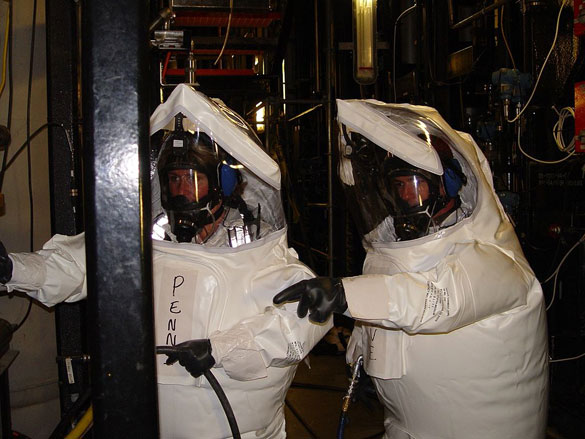 Now 21 years later, the witness wants to get his story out about what was seen. In addition to naming the site, the witness provided MUFON with a sketch of what was seen that night – which is posted on this page above.

“The other witness to this sighting, to this day, still refuses to acknowledge any truth to this event for fear of public ridicule.”

Clinton, IN (Vermillion County) is a community with just under 5,000 population. It is located approximately 21 miles north of Terre Haute Air National Guard, 150 miles southwest of Grissom AFB, and 125 miles west northwest of Camp Atterbury Military Base. Clinton is approximately 100 miles west of Indianapolis.

The Newport Chemical Depot, according to Wikipedia, previously known as the Wabash River Ordnance Works and the Newport Army Ammunition Plant, was a bulk chemical storage and destruction facility in west central Indiana, 30 miles north of Terre Haute operated by the United States Army. The site was used as an RDX, TNT and heavy water production site and also served as the entire production site for VX in the US. The total area of the depot is 7,098 acres. All VX nerve agent at the site was neutralized by August 8, 2008. It was the third of the Army’s nine chemical depots to completely destroy its stockpile.

The Army held a Deactivation Ceremony in June 2010 signifying that all activities required for closure of the NECD had been successfully completed. In preparation for closure, the Newport Chemical Depot Reuse Authority (NECDRA) was created to complete a reuse master plan for the NECD. NECDRA and its consultant team worked with the local community to create a plan and implementation strategy for the conversion of the depot to civilian use