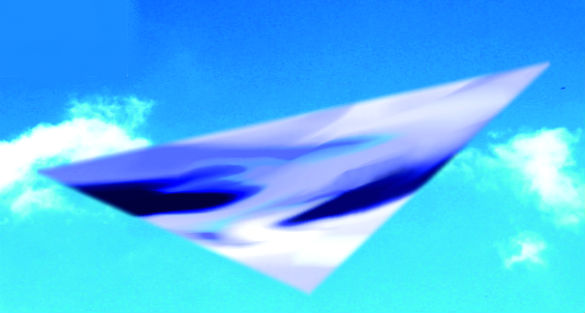 A witness from Georgia claims to have seen a “massive” metallic “beautiful chrome-ish” triangular UFO. The witness says the object had no lights and although it was huge, it was moving very slowly. The witness reported the sighting today to the Mutual UFO Network’s (MUFON) online reporting system. 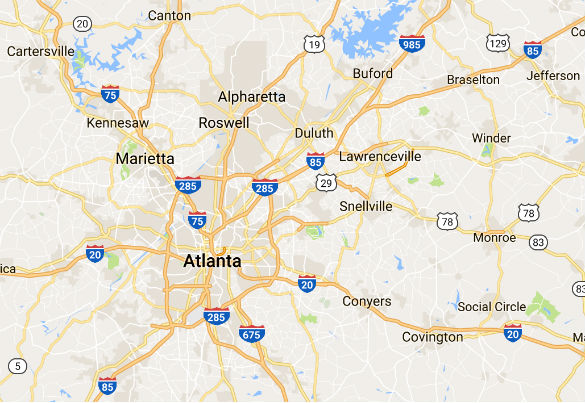 The route the witness was taking from Cartersville to Canton on the I-20 can be seen in the upper left corner of this map, along with the area’s proximity to Atlanta, Georgia. (Credit: Google Maps)

Here is the witness testimony in its entirety, unedited:

An old friend and I were heading home from work in Cartersville GA heading towards Canton GA, my friend driving, down GA.20…I looked up and saw a perfect triangle. Appeared to be massive in size. It was the most beautiful chrome-ish metallic I had ever seen. So shocked I could not even tell my friend who was driving the truck we were in. Also I didn’t want to tell anyone for the simple fact they would think I was nuts. I know what I saw. It was real. No markings, no lights and extremely huge for such a slow pace…if it was even moving.

We were heading northbound on 20 the craft was heading southbound as if it also were following the route in the opposite direction.

In my life I have seen things that I could not explain…however I would find a way to explain them away in some fashion. This, craft that I saw I can not think of any way to explain it away unless it was a government craft. If it were, then the government is far far more advanced then I had given them credit for. There was a small airplane in the air at the time. I did not pay it any mind. Just know it was there. Did not appear to be following or evading. It was just there. My attention was completely drawn to this massive beautiful “thing”.

Then we crossed over the next hill and I turned back towards facing the direction we were going and was quiet. Until now. I know what I saw was real. I wish someone would come forward and tell me it was for a parade or it was a silver blanket floating through the sky, tin foil, something. It was such a beautiful day that I would be willing to bet that everyone around was chatting on their way home, paying attention only to the road (as they should if driving) or just thinking about their day.

I don’t know why I turned my head to the sky. Glad that I did. It was breathtaking. Literally.

Thank you and I apologize for keeping it under my hat for all these years. 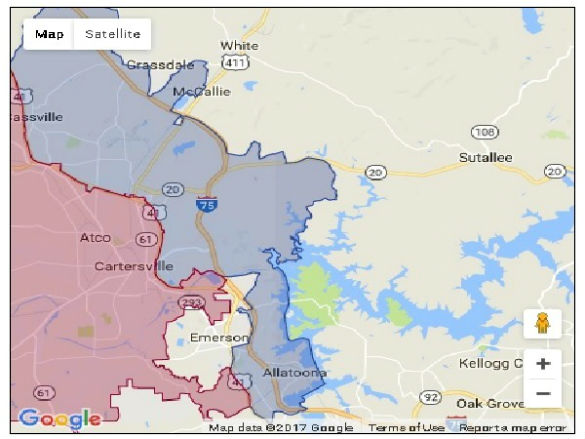 Map of the area provided by the witness. (Credit: MUFON)

The witness included a computer generated image representing what was seen. The witness claims the graphic does not do the sighing justice, but it looks like a pretty good image to me. If indeed this is what the witness saw, it would have been quite the sight to behold. 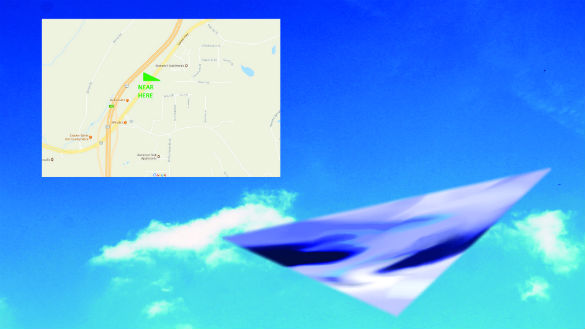