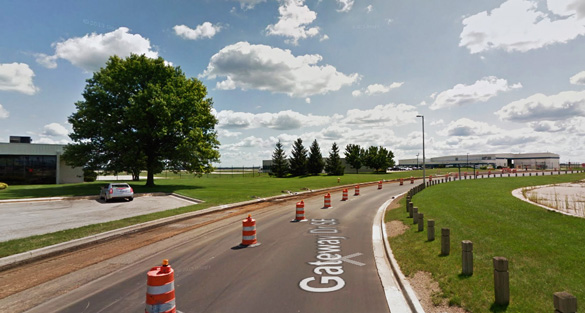 A Michigan truck driver at Grand Rapids reported watching two UFOs at close range near an airport, according to July 31, 2014, testimony in Case 58539 from the Mutual UFO Network (MUFON) witness reporting database.

The witness identified himself as a professional driver who first saw a large object “crossing the freeway toward the nearby airport,” about 11:30 p.m. on July 27, 2014.

“As I approached I realized the craft was moving much slower than a standard aircraft and its three lights on the side showed an outline of a rectangle shape,” the witness stated.

The witness then drove to a position just under and behind the object. 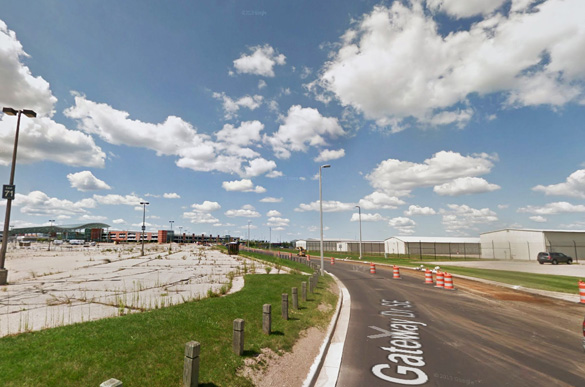 “That is when I realized it was triangle shaped. The lights were very bright and showed an indentation on the craft that cast shadows due to the lights. Being in a semi truck I could not stop or take pictures.”

The MUFON report indicates the object was operating at an altitude of less than 500 feet and the distance between the witness and object was between 101 and 500 feet. Further down the roadway the witness then had a second encounter.

“About two to three miles down the road I saw a much smaller craft which had five white lights and one red. Moved very slow and appeared to hover. Once again due to driving I was unable to get pictures or video.”

The witness indicated that he is familiar with the area and has never seen objects like this before.

“This area has a nearby airport. I have seen flights come and go from the road many times. Nothing has ever moved or appeared the way these two crafts did. The triangle shape had three lights on the side. It also had one light in the front and two more going to the rear of the craft. Very bright. Almost so bright it showed a haze of light.”

Grand Rapids is located on the Grand River about 25 miles east of Lake Michigan, population 188,040. Michigan MUFON is investigating. Michigan has a current UFO Alert Rating of 4 with a higher than average number of recent reports nationally. Michigan had 22 UFO reports in June 2014 – the 9th highest reporting state – while California had 107 reports as the highest reporting state. The above quotes were edited for clarity. Please report UFO activity to MUFON.com.