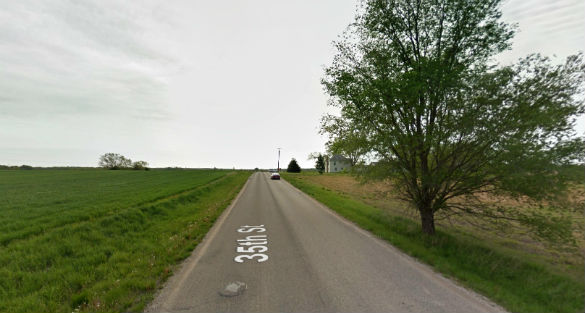 A Kansas witness at Lawrence reported watching a military helicopter apparently chasing an orange ball of light moving overhead under 1,000 feet, according to testimony in Case 83535 from the Mutual UFO Network (MUFON) witness reporting database. 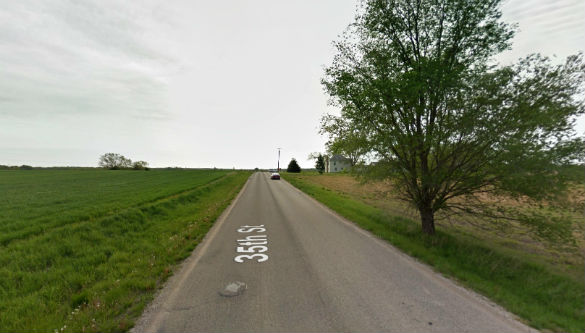 The witness went outside upon hearing a low flying helicopter on May 4, 2017. Pictured: Lawrence, Kansas. (Credit: Google)

The witness was inside an apartment watching television when the sound of a helicopter was heard at 11:15 p.m. on May 4, 2017.

“It sounded very low and powerful, so I figured it had to be military, and I, being a total nerd, had to run out to the parking lot to get a look,” the witness stated.“By the time I was out my door and in the parking lot, I had just enough time to watch a small, orange ball of light being chased by what I assume to be a Blackhawk helicopter (because of size and sound) disappear behind the rooftops of the buildings east of me.”

This struck the witness as bizarre.

“I saw something similar some months ago in the same general area – the skies south of Lawrence. I live on the south side of town, not far from Baker Wetlands.” 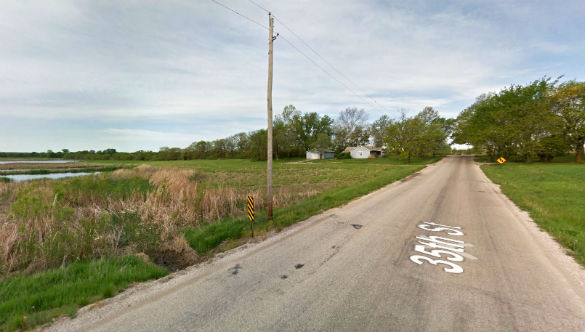 “The light was small and orange in color and was about 50-100 yards ahead of the helicopter. It made no erratic movements, but was travelling at a fair clip as the helicopter was tracking it at almost the exact speed and it was moving pretty quickly.”

The witness does not believe the orange light could have been a sky lantern.

“I have my doubts that this could’ve been a paper lantern – though the color and intensity of the light were similar to one – and the distance ahead of the helicopter rules out a refueling boom. I’d give the altitude of the two objects to be between 500-1,000 feet AGL and the speed of both to be about 100 knots at the time I saw them.”

The witness noted there was one other object in the sky. 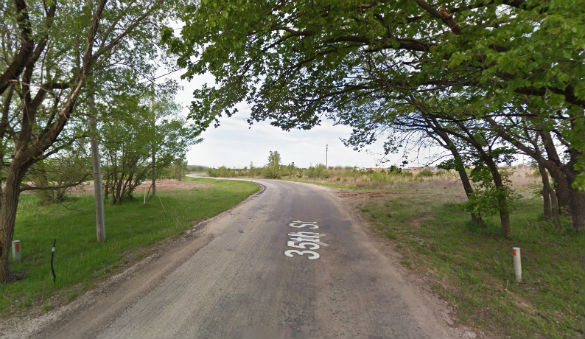 “I saw another object in the sky in the general area at the same time, though it may not have been connected. This object seemed to be an aircraft judging by the red and white lights it had on it, but it hovered in place for a moment until the lights slowly faded out with no apparent change in location. The direction I was looking toward would be about a straight line to KCI, so I wasn’t immediately suspicious, but – having seen plenty of air traffic heading to and from KCI on that flight path – this didn’t look like anything I’d seen before – and no landing lights. I mention this because it was odd and because the previous sighting of a few months earlier of the same kind of event had two helicopters chasing the light instead of just one. Maybe this was the second.”

Lawrence is the sixth largest city in the state of Kansas and the county seat of Douglas County, Kansas, population 87,643. Kansas MUFON State Director Stan Seba is investigating. No photos or videos were included with the report which was filed on May 5, 2017. Please remember that most UFO sightings can be explained as something natural or man-made. The above quotes were edited for clarity. Please report UFO activity to MUFON.com.