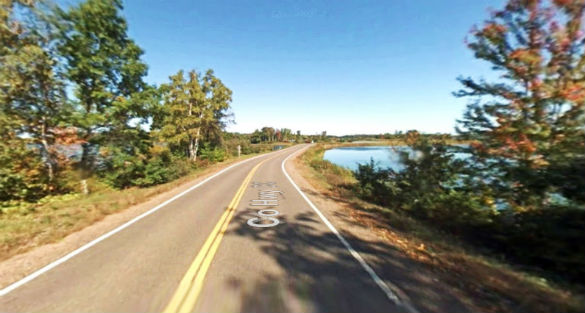 A Wisconsin witness at Sawyer County reported watching “three stacked orbs” hovering at a nearby tree line for 45 minutes, according to testimony in Case 83015 from the Mutual UFO Network (MUFON) witness reporting database. 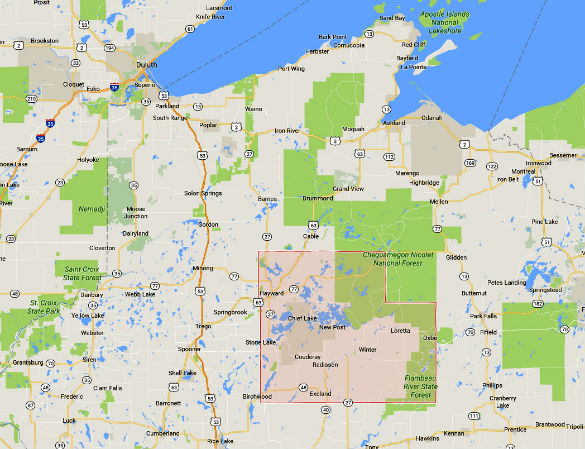 The witness and his mother contacted Wisconsin Field Investigator Chad Laibly, who completed the report.

“The witness was having a cigarette at 11:50 p.m. when he walked out onto his wrap-around deck, came around a corner, and immediately noticed a bright object out of his peripheral vision,” Laibly stated in the report.“It scared the heck out of him.”

The witness immediately went to get his mother and she too noticed the object.

“As it was fairly cold, she only observed the phenomenon for 10 minutes. He watched it steadily for 45 minutes straight. Went inside, came out two hours later and it was gone.”

The object he observed quite well consisted of three orbs stacked on top of each other with an aura-type force sparkling force field surrounding them. 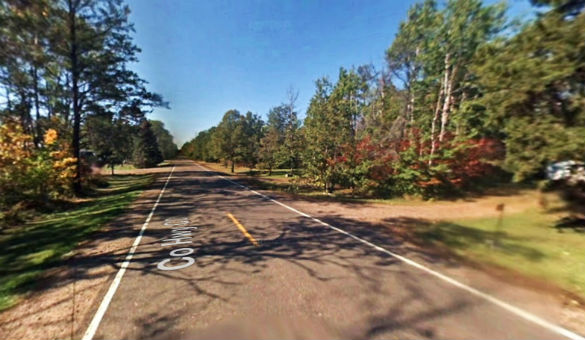 The edges of the object were observed to sparkle. Pictured: Sawyer County, WI. (Credit: Google)

“The orbs were 12-15 feet wide, making the object about 36-45 feet tall. It was observed hovering above a tree line that was approximately one football field away and two football fields high. The orbs were solid, not transparent. The bottom was all white with a smear of pink. The middle was aqua-marine in color. The top was white/yellow to gold in color. All three orbs were surrounded by an unbroken, fuzzy ‘force field’ outline existing about a foot away from the edges of the objects – giving the objects the look of a full peapod.”

The objects were described as brighter than any other observable star. The witness identified the North Star as being to the east and not the object.

“He did not think it could be a drone or Chinese lantern in any way. It made no noise. It did not move slowly as time went on. It hovered silently and stayed about 35-degrees above the horizon with several houses and a golf course beneath. It did not dim. It did not waiver. The edges kind of sparkled, like a sparkler.” 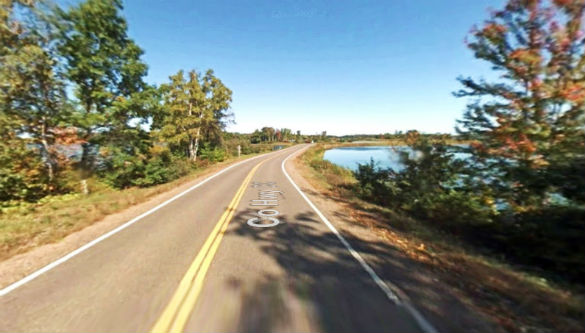 The witness says there were no negative effects related to the sighting.

“No missing time noted. No clouds, a very light wind at 5mph present. About 30-35 degrees in temperature he believed. He has no glasses and sees, hears, and smells fine. He has a phone, but knows from experience he can’t take pictures of stars at night because they never turn out. He’s quite often on his porch and has tried to do so in the past. He was quite shocked, watched it intently for a long time, is certain of his observation as described, and says it has changed his entire outlook on life. He will buy some color pencils and attempt to sketch a likeness.”

Sawyer County, WI, has a population of 16,557. No images or videos were included with the MUFON report, which was filed on April 7, 2017. Please remember that most UFO sightings can be explained as something natural or man-made. The above quotes were edited for clarity. Please report UFO activity to MUFON.com.