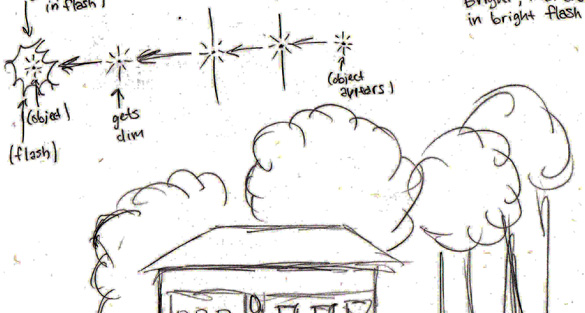 A Virginia witness at Virginia Beach reported watching an orb UFO that crossed the sky three times at the tree top level, according to testimony in Case 68134 from the Mutual UFO Network (MUFON) witness reporting database. 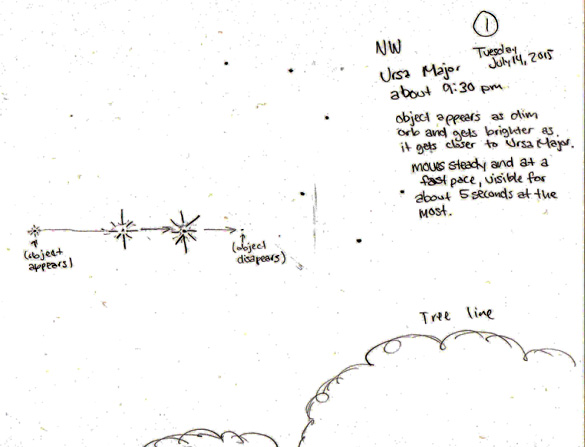 The witness was outside looking at the stars and constellations when the object was first seen about 9:30 p.m. on July 14, 2015.

“As I was looking at the constellation Ursa Major which was in the northwest, I saw this object (orb) of light appear to the left of it out of nowhere,” the witness stated. “The object (orb) appeared very dimly and then got brighter and pulsated for a short period of time, then got very dim and disappeared.” 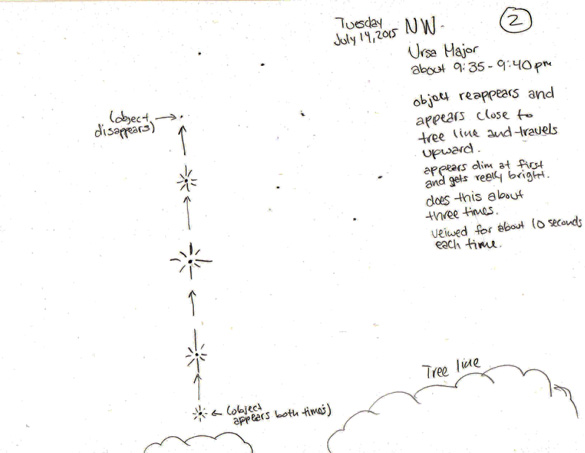 The witness stepped inside briefly to let his mother know what was going on and she joined him outside.

“I pointed to her the direction that I saw the object (orb). And at that time we both witnessed the object (orb) come from above the tree line like it appeared to be hovering there, and it started to rise toward the handle of Ursa Major. As it was rising it would get bright and pulsate and then got dim and disappeared. And this happened twice, both times it started at the tree line and rising to the handle of Ursa Major.” 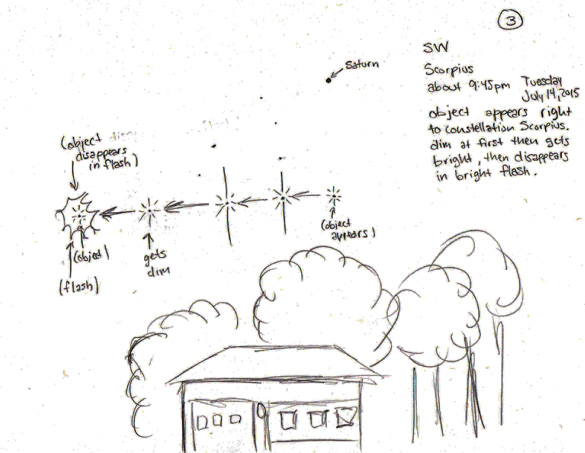 The first sighting lasted between 5 and 10 seconds to the northwest. The second sighting lasted about 5 to 7 seconds. The third sighting happened about 15 minutes after the first two, southwest of their location.

“The object appeared to the right of the constellation Scorpius, and just like the other two sightings the object (orb) behaved the same way. It appeared to be hovering right at the tree line and went right to left and disappeared in a flash of light. It got brighter and then the planet Saturn, which was very visible the night this happened, the flash was blue in the center and white as it faded out (like a flash from a camera). The time of the first sighting was about 9:30 p.m. The second sighting was about 9:35, and the last sighting where the object (orb) disappeared in the flash was 9:45.” 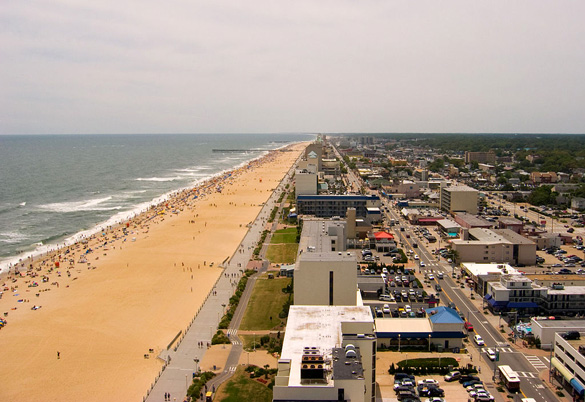 Virginia Beach is located on the Atlantic Ocean at the mouth of the Chesapeake Bay, in Virginia, population 437,944. Please remember that most UFO sightings can be explained as something natural or man-made. The above quotes were edited for clarity. Please report UFO activity to MUFON.com.