A new video portrays humanity in a negative light in an effort to warn extraterrestrials to avoid visiting Earth.

Why should extraterrestrials steer clear of Earth? Because, as the Huffington Post explains, “let’s face it, we’re pretty awful. Not only do we kill, maim, mock and annoy each other constantly . . . we also eat living things, and search relentlessly for new planets to conquer. We suck, basically.” 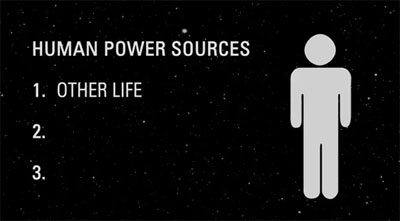 One of the reasons why extraterrestrials might want to avoid Earth. (Credit: Tom Scott/YouTube)

The video was created by Tom Scott in response to a post at the blog Bogleech.com that said:

It’s funny how science fiction universes so often treat humans as a boring, default everyman species or even the weakest and dumbest.

I want to see a sci fi universe where we’re actually considered one of the more hideous and terrifying species.

Although the video’s satirical presentation of humans is perfect for some lighthearted Friday entertainment, it raises some good points and it may also lead some to view humanity’s place in the universe differently. One can easily get caught up in pop culture’s depiction of hostile, vastly superior extraterrestrials. But with the potentially infinite forms of life in the universe, there are surely some that would benefit by leaving Earth off their travel plans.