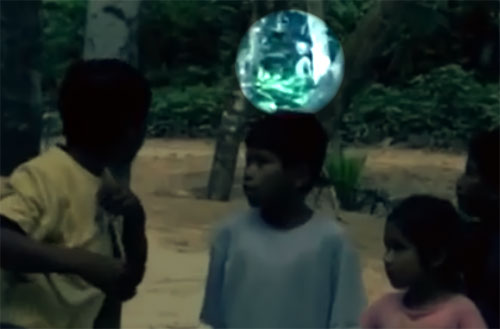 The video focuses on a group of young children. But as the Daily Mail describes, in the background, “there is a small being standing side-on just to the right of a tree, appearing to arch its back.” There is also a strange glowing light in the video just a few feet from the the supposed ET. This light appears to hover in the air and pulse, changing colors from blue to white. 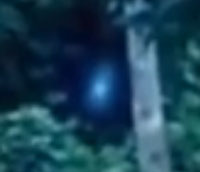 The identity of the tourists who shot the video is unknown. But according to the Sun, paranormal writer Michael Cohen obtained the video from these unnamed tourists. Cohen, who told the Sun, “This is highly compelling footage that will be hard to discredit,” was allegedly inundated with requests from Hollywood producers wanting to use the footage in various productions. He claims that the video “will be used in direct collaboration with an American film and will serve to highlight this as proof of this footage’s veracity.”

But Cohen, who operates the website allnewsweb.com, has been accused of hoaxing and/or promoting hoaxed UFO/ET videos in the past, calling his credibility into question. A recent example is the “Skinny Bob,” “Zeta Reticula” video that made headlines in May 2011, which allegedly shows an extraterrestrial survivor of the Roswell crash. That video also had mysterious origins. 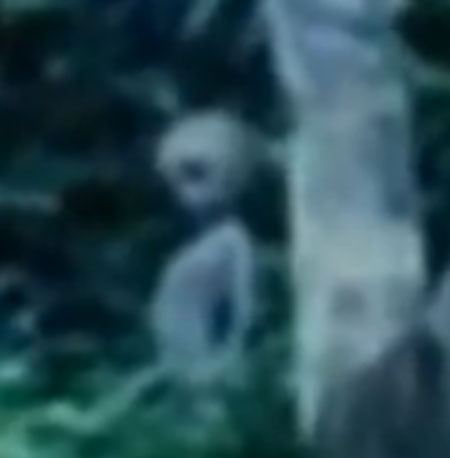 Some have suggested the alleged creature in the Brazil video is nothing more than an inflatable alien. That would be consistent with the alien’s behavior in the video, as it doesn’t move at all during the 44 second video. However, the true identity could simply be nature. What is assumed to be the alien’s eye appears to be nothing more than jungle foliage. But it’s always possible that a genuine extraterrestrial was captured on camera too. There is no way to truly know what was recorded on video by the mysterious pair of tourists.

Watch the video of this petrified alien and decide for yourself.