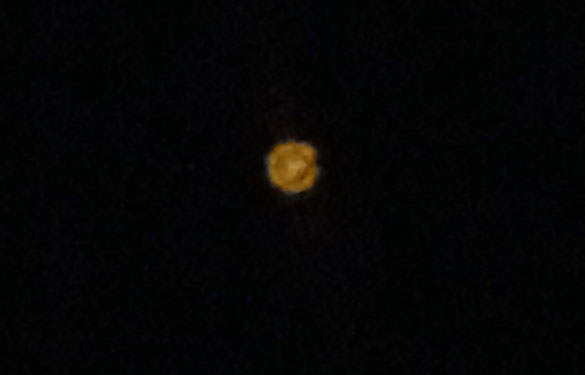 The witness said the light appeared to be hovering about 200 to 300 above sea level. Pictured: Still image from the witness video. (Credit: MUFON)

“The lights were 200 to 300 feet above sea one mile off shore in a diamond shape,” the witness stated. “They hovered.”

The witness states on the video that he would be able to see a boat at that distance and that there is no oil rig in that area. The object appeared to hover in place during the entire video.

Canadian Field Investigator Geoff Genge investigated this case that occurred on June 4, 2014, and closed it as an Unknown. 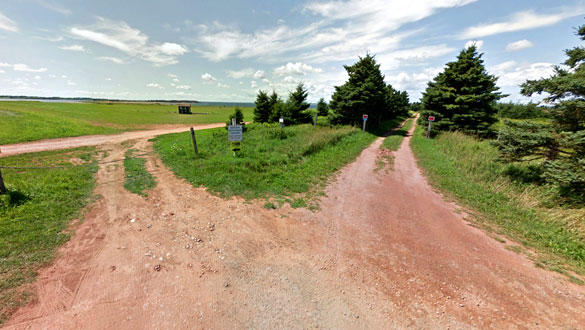 The object hovered for about 15 minutes; and reappeared – or a second object appeared – and continued to hover. Pictured: Prince Edward Island, Canada. (Credit: Google)

“The witness was on his annual camping trip with his wife,” Genge stated in his report. “His wife was asleep in the tent around 11:30 p.m. when the witness saw a strange, large, light out over the ocean to the north.

“His video and photos are compelling and descriptions are good. Low res iPhone camera makes object hard to make out details.

“Object hovered for 15 minutesand then disappeared only to reappear closer. At this point a very nervous witness went to wake his wife. When he looked next it was gone.

“He also told me that there was a hum in the air and that he was quite unsettled and that it ruined his camping trip as he spent the next three nights up hoping to see it again. He said he questioned others around the park but no one else saw it. He also pointed out that as opening week of the season the campground was sparse. 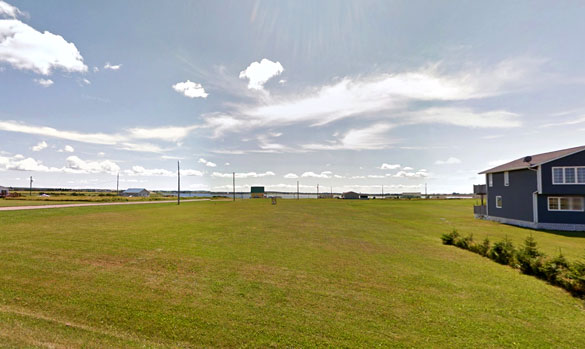 The witness stated that there was a hum in the air during the UFO event. Pictured: Prince Edward Island, Canada. (Credit: Google)

“I went to the campground for the two nights of 18th and 19th of July and found the witnesses’ campsite which was as he described it. No other evidence to report.”