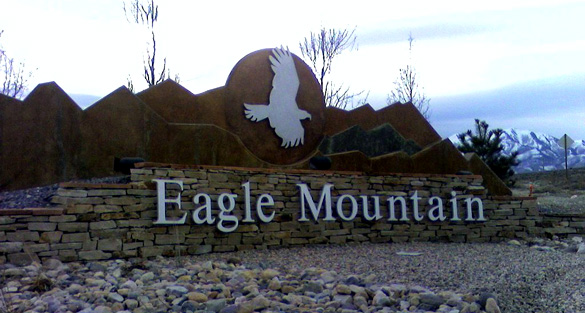 A Utah witness at Eagle Mountain reported watching a triangular-shaped group of white orbs crossing the night sky without sound, according to testimony in Case 70447 from the Mutual UFO Network (MUFON) witness reporting database.

The witness and his girlfriend went outside on a deck on September 10, 2105, when the lights were first seen. 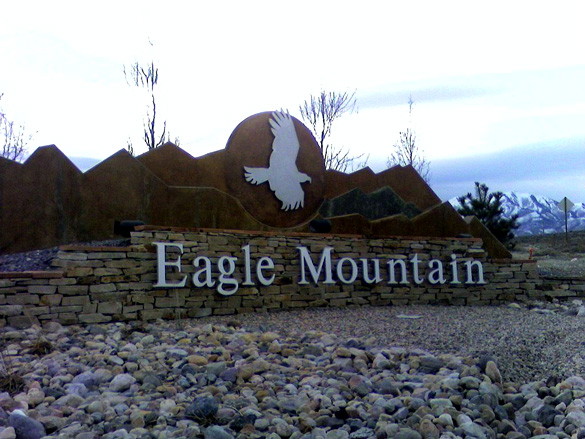 The witness first noticed lights flying in from the west about 9:50 p.m. on September 10, 2015. (Credit: Wikimedia Commons)

“It was Thursday and a particularly dark night and most of the neighbors in my townhouse community had their lights off,” the witness stated. “I could see all the stars and planes flying overhead. I always look towards the sky and am interested in the UFO topics, but I never thought I would see anything.”

At about 9:50 p.m. the witness noticed something in the sky from the east flying westward.

“This object(s) had about 10 white lights from what I recall, shaped in a structured triangular pattern. Judging by distance, it couldn’t be more than 150 yards away. The lights were not shiny bright but matte white or gray-white. It glided across the sky making zero noise.”

The witness immediately reacted to the lights. 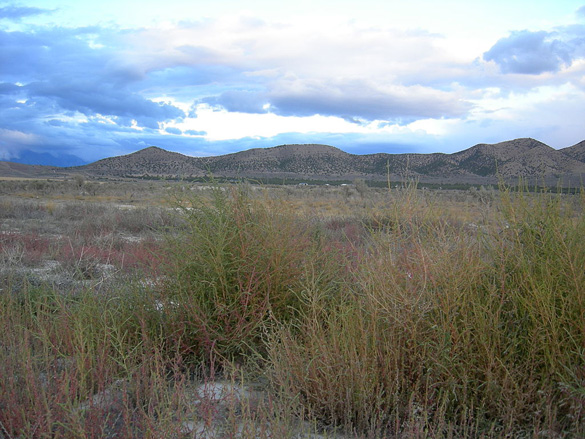 The object had about 10 lights in a triangular pattern and made no noise. Pictured: Eagle Mountain, UT. (Credit: Wikimedia Commons)

“Immediately my heart jumped and my adrenaline went off.  I knew this wasn’t normal. It was going at least 30 mph I think. I was in shock trying to identify what this was. It wasn’t a plane as they make noise especially at that close off proximity, or birds because birds don’t glow in the dark or move that fast and in that way. I thought maybe a glider but about three seconds after I witnessed this, the triangular pattern lights broke formation and started swirling around each other or a swarming type of pattern for another two or three seconds, until it flew out of sight over my roof line. I think I saw it for about five or so seconds in all.”

The witness ran to the side of the house to see if he could get another look at it.

“When I went around the corner it was gone. After analyzing what I just saw, I thought it was mechanical, not biological. Maybe drones, but 10 in perfect triangular alignment making no noise and gliding that fast with lights on them – I thought no. I asked my girlfriend what she thought it was. She said birds maybe? But that was quickly ruled out when we thought about the quickness and no birds light up or fly in that way and I don’t think they fly at night. She had no answer and didn’t want to think about it much.”

The two discussed the event.

“She thought that the object didn’t break apart but the wings/object turned making the lights look like they were moving independently. When we went back in from witnessing it I noticed the clock was at 9:58.”

Utah MUFON is investigating this case which was reported on September 13, 2015. 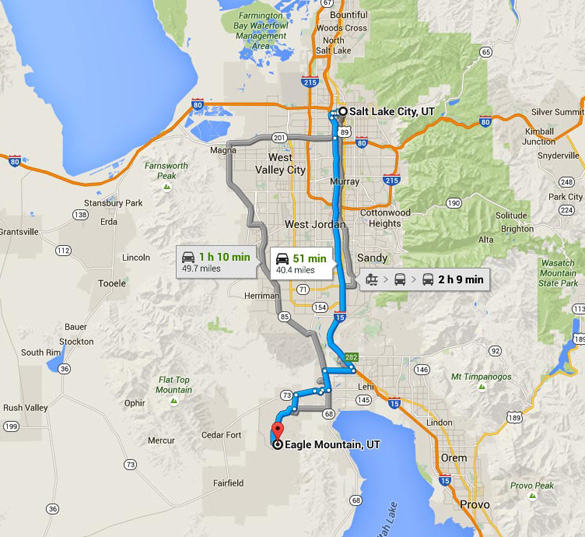 Eagle Mountain is a city in Utah County, Utah, population 21,415. Please remember that most UFO sightings can be explained as something natural or man-made. The above quotes were edited for clarity. Please report UFO activity to MUFON.com.