New information regarding the video from October 23 showing UFOs streaking through the New Orleans sky. 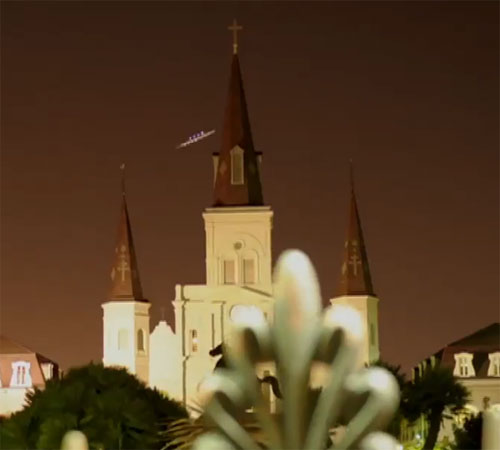 On November 1, we reported a story about a video from October 23 that shows multiple UFOs streaking through the New Orleans sky during NBC’s broadcast of the New Orleans Saints vs. Indianapolis Colts NFL football game. These strange objects ignited a minor media frenzy and left viewers scratching their heads, wondering what the rapidly moving objects could have been.

In the November 7 episode of Open Minds Update, I provided my brief analysis of the NBC video, concluding that the evidence pointed to the strong probability that the mysterious objects in the video were either commercial or military aircraft approaching one of the nearby airports. I also stated that the video broadcast by NBC was a time-lapse video–something that most of the reports about this video failed to notice.

And we now have confirmation that the footage was indeed time-lapse video, and that the objects in the video were commercial aircraft.

Lee Speigel of the Huffington Post reports that NBC cameraman R.D. Willis contacted him after seeing the buzz/confusion created by the video. Willis is the photographer who shot the New Orleans video, and as he told the Huffington Post, “If you watch Sunday Night Football on a regular basis, you will recognize my time lapse videos throughout our telecasts.” Explaining his process, Willis explained, “I move and manipulate my Nikon Still DSLR camera with a computer controlled pan head and dolly. This technique makes my time lapse video motion seem more like ‘real time’ motion when, in fact, they are a series of still images played back very quickly.”

Click below to watch a video showing how Willis’s camera rig works: 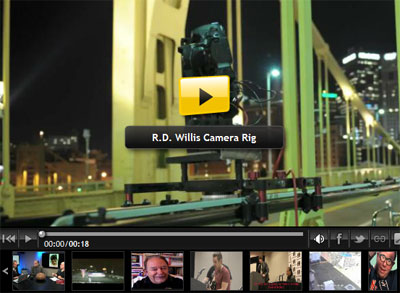 The video broadcast by NBC lasted approximately thirty seconds, but because of the shooting process described by Willis, the actual shoot took more than an hour to complete.

And addressing the UFOs captured in his video, Willis told the Huffington Post, “The flying ‘rods’ that are seen are actually single airplanes that happened to fly through the screen during each long shutter exposure . . . Because of the precise repetitive nature of my camera support rig, one plane pass seems eerily like a UFO streaking through the sky.”

While this new information should put to rest any questions people may have about the mysterious lights in the New Orleans video, there are sure to be those who refuse to accept the airplane explanation.