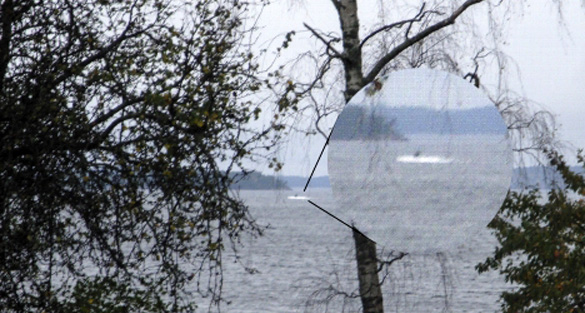 Sweden’s armed forces have launched their largest domestic military effort since the cold war in a hunt for an unidentified floating object. The hunt began on Thursday, and the military has received over 100 sighting reports. The Swedish military is no closer to finding the object, which they believe to be a Russian submarine. However, as the hunt goes on, the usual suspects are beginning to offer an alternative explanation, that – you guessed it – has to do with extraterrestrials, or what is referred to as Unidentified Submerged Objects (USOs). 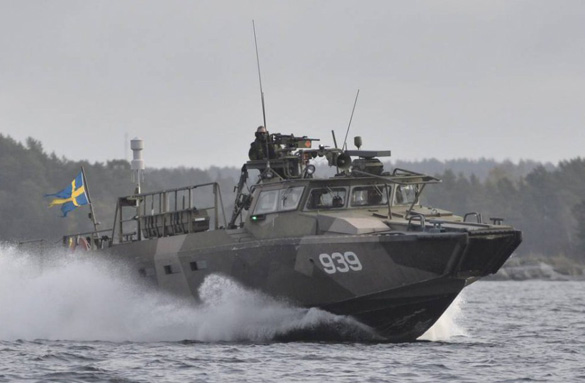 Although online banter is cropping up that the object in question may be extraterrestrial in nature, the Swedish military has never doubted what they are chasing is man-made. According to Swedish newspaper Svenska Dagbladet, the hunt began on Thursday, October 16, when the Swedish military picked up a distress call from a vessel in the Stockholm archipelago. The Stockholm archipelago is a chain of islands in the Baltic Sea off the coast of Sweden near Stockholm that spans 37 miles.

The next day, sighting reports of a foreign vessel began coming in from civilians in the towns of Kanholmfjärden and Nämdöfjärden, near Stockholm. The Swedish armed forces then deployed 200 troops to search for the object, making this their largest domestic military operation since the cold war.

On Saturday, Sweden intercepted communications between the Stockholm archipelago and the Russian enclave of Kaliningrad, the headquarters of Russia’s Baltic Fleet. This has lead experts to believe that the USO could be a damaged Russian submarine.

A story by Svenska Dagbladet included the movements of a Russian-owned oil tanker tweeted by @DefenseChemist. Svenska Dagbladet speculates that a damaged Russian submarine would need support, and they suspect this vessel, named the NS Concord, could be doing just that.

On Sunday, the Swedish military released a picture of the unidentified craft taken by a civilian in Jungfrufjärden. He told the Swedish newspaper Aftonbladet, “It was definitely a submarine, I’m certain about it.” 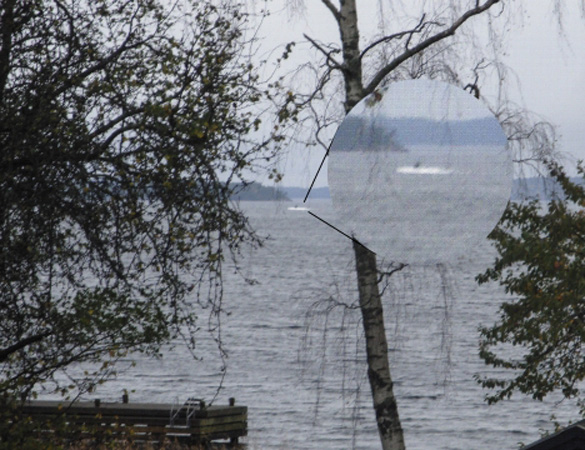 The Russians finally chimed in on Monday, claiming the craft is not theirs and suggested it probably belongs to the Dutch, who also denied ownership.

Meanwhile, the Swedish government sends mixed messages. On Saturday, the military claimed they would continue their hunt “until we consider that we are done.” However, on Monday, Prime Minister Stefan Löfven told the press, “there is no submarine hunt underway”, it is only “an ongoing intelligence gathering operation.”

According to Swedish newspaper The Local,  at a press conference on Tuesday, “Supreme Commander General Sverker Göranson said that the most important goal of the operation was to ‘send a very clear signal that Sweden and its armed forces are acting and are ready to act when we think this kind of activity is violating our borders.'”

Göranson also said submarines are “extremely difficult” to find, but that when they did find it, “Our aim now is to force whatever it is up to the surface… with armed force, if necessary.”

As the hunt enters its sixth day, Swedish armed forces have confirmed that they have received over 100 tips from the public, and the hunt is moving into a “new phase.” However, they gave no details as to what that phase entails. 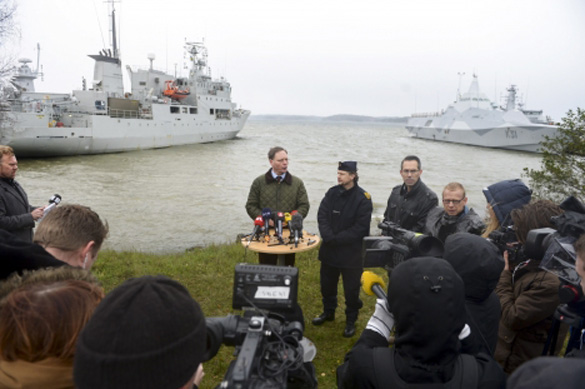 Swedish Armed Forces press conference held this morning. They say the hunt is moving to a “new phase.” (Credit: TT)

According to The Local, thus far the operation has included, “Battleships, minesweepers, helicopters and more than 200 troops have been scouring an area about 30 to 60 kilometres from the Swedish capital.” The Swedish military also set up an exclusion zone, allowing no civilian flights under 900 meters in the area.

Swedish media also notes that historically the Swedish military has not been very successful hunting Russian subs. In the 80s and 90s they only captured one, and that was due to it running aground a few miles away from one of Sweden’s largest naval bases.